What is Bitcoin SV (BSV)?

Learn more about how this unique coin is planning for Bitcoin mass adoption.

Bitcoin SV is an infamous cryptocurrency in some ways, but it also has some devoted followers.

This guide explains where it came from, what makes it technically different to other projects and where it might be going.

What is Bitcoin SV?

Craig Wright, Bitcoin SV and the nChain website all agree that their goal is to restore Bitcoin to its original form.

They argue that the changes made to Bitcoin and Bitcoin Cash over the years are perversions of Satoshi Nakamoto's vision and that Bitcoin should be returned as close as possible to the description first laid out in the original Bitcoin whitepaper.

A core part of the Bitcoin SV ideology is the belief that nefarious developers hijacked Bitcoin in its early days and that their changes need to be undone.

The Bitcoin SV team is led by Craig Wright, who has often claimed to be Satoshi Nakamoto. 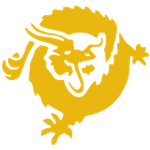 What do you want to do with Bitcoin SV?

Bitcoin SV at a glance

Where did Bitcoin SV come from?

But when they felt that Bitcoin Cash was straying from Satoshi's vision, there was another schism.

The schism came about when Bitcoin ABC proposed a substantial update to Bitcoin Cash, which nChain disagreed with. nChain then proposed a separate, incompatible update.

These allow the Bitcoin Cash blockchain to read information that isn't strictly part of a cryptocurrency transaction.

It's essentially a foundation for smart contracts on the Bitcoin Cash blockchain to let it do more sophisticated things than just send and receive transactions.

They argued that this code would let Bitcoin Cash evolve and be used for a wider range of purposes.

nChain disagreed with the addition of new code, arguing that it took Bitcoin Cash further from its primary purpose as a digital currency and muddied Satoshi Nakamoto's original vision.

In its own update, nChain proposed the restoration of two very old pieces of code, called OP_LSHIFT and OP_RSHIFT. These appeared in the earliest versions of Bitcoin but were removed because they were not necessary and added potential security risks.

A larger block size improved network throughput at the cost of introducing some other downsides.

Neither side was willing to compromise with the other, so both publicly released their updates and forced miners to choose which one they'd install.

The result was inconclusive as nChain had its own extensive mining operations, while crypto mining giant Bitmain threw its support behind the Bitcoin ABC updates.

Today, we have Bitcoin Cash and Bitcoin SV as separate cryptocurrencies, while BSV's supporters see it as the last remaining "true Bitcoin".

As one supporter said following the creation of BSV:

"If Bitcoin SV had not stood its ground and preserved the rules of Bitcoin in SV, yesterday would have been the last day Bitcoin existed in this world."

nChain's OP_LSHIFT and OP_RSHIFT proposals have little or no functional impact on how the cryptocurrency works, so its main technical point of difference is a large block size.

Bitcoin SV has continued to raise its block size since the fork, as per its interpretation of Satoshi's vision, with both good and bad effects.

How big blocks cause forks

The following explanation is an analogy that explains big block problems in a non-technical way. If you're finding it difficult to understand, or want a more detailed explanation, you may want to read the beginner's guide to Bitcoin mining first.

The problem with oversized blocks stems from the way Bitcoin mining works. Basically, all Bitcoin miners should be creating a block at all times, but only one of them will be the first to create the correct next block.

One of the problems with large block sizes is that it takes longer for all the miners to hear about someone creating a new block, because it's just too big to describe quickly. This means more miners will spend longer building an old block, not knowing that they should have moved onto the next one.

Sometimes they'll finish up an outdated block, announce their discovery and put it at the end of the blockchain as usual, before hearing about the new block.

But now there are two blocks on the end of the chain – it's an accidental fork.

Most people trying to use the network will only know about the side of the fork that they heard announced first, so that's the one they'll be mining blocks for and sending transactions on. The "real" fork is determined by majority rules, so the unlucky minority who heard the wrong block announcement will have their transactions undone and will lose their mining rewards.

There's always a chance of this happening, but the risk gets much higher with oversized blocks. This is because the risk is directly proportionate to how long it takes for blocks to propagate through the network, and larger blocks simply take a lot longer.

Bitcoin SV has accidentally forked multiple times. Fortunately, its mining is centralised under nChain and other Craig Wright affiliates, such as CoinGeek, which makes it easier to reorganise the network following accidental forks.

There are now three main flavours of Bitcoin, each of which has some technical differences, as well as communities which tend to favour different goals. All of them support a range of different third party tools and additional functions.

Because the same equipment is used to mine all three chains, the process for mining Bitcoin and Bitcoin SV is very similar. It also means that, unless a miner is choosing to mine only one particular variant of Bitcoin for ideological reasons, they'll switch between mining BTC, BCH and BSV based on whichever is most profitable at the time.

Consequently, it tends to be almost equally profitable to mine any of the three main versions of Bitcoin at any given time. Because it has the highest price, BTC tends to attract the most miners, followed by BCH, followed by BSV.

The future of Bitcoin SV: Things to consider

And in interviews, Craig Wright has said that Bitcoin was always intended to run out of a few centralised, professionally-operated data centres and that the censorship-resistant decentralised network of Bitcoin miners was the result of Bitcoin being hijacked for criminal purposes.

On its website, nChain similarly describes Bitcoin SV as a tool for enterprise use.

The following are some factors to consider when trying to gauge the future likelihood of Bitcoin SV's success:

Craig Wright led the separation of Bitcoin SV from Bitcoin Cash. Wright has often claimed to be Bitcoin's original inventor, the pseudonymous Satoshi Nakamoto, but there is no publicly available evidence to prove these claims. Bitcoin SV has proven to be an especially volatile cryptocurrency since the fork, but it's consistently remained among the top 20 cryptocurrencies by market cap.

How do I get my Bitcoin SV?

Anyone who held the private keys to a Bitcoin Cash wallet at the time of the Bitcoin SV fork, received Bitcoin SV. The steps for claiming it depend on what kind of wallet your keys were held in at the time of the fork. The Bitcoin SV team released software to make it easier to claim BSV, and there are also third party solutions which may help. Not all of them are trustworthy though, so be careful when claiming your BSV.

You can also hold BSV in many of the same wallets that support Bitcoin Cash. And while some cryptocurrency exchanges have boycotted Bitcoin SV, there are still plenty of places to buy Bitcoin SV.

All of the following exchanges offer BSV trading.

The author holds BTC and BNB at the time of writing.