Bitcoin strikes back above $10,000, despite trading lower in Korea 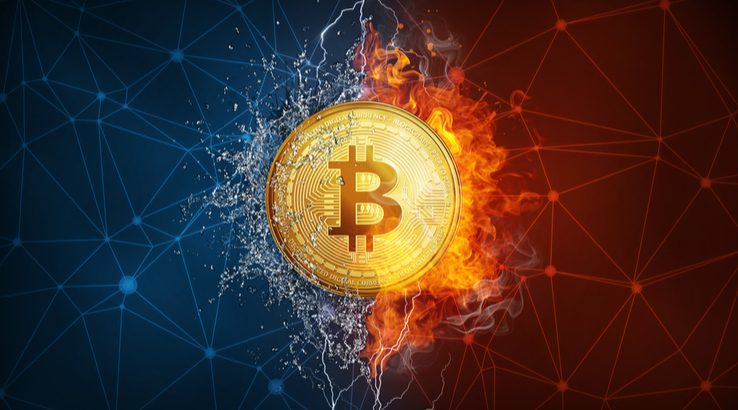 Bitcoin's back and may be showing signs of more to come, despite signals of waning interest from Korea.

Bitcoin prices have slid back above the US$10,000 marker around the world, in a relatively smooth ride from its recent lows of around $6,000 on 6 February according to LiveCoinWatch. At a cursory glance, some people might find signs of a further rise.

Typically, when the trade volume trends upwards over time it's been followed by bitcoin prices doing something later. In a shallow glance, one might note that trade volumes look like they're rising, and bitcoin prices don't seem to be going down. One might interpret that how ever one will.

Intriguingly, bitcoin prices seem to be running lower on the Korean exchanges than elsewhere, in a bit of a role reversal.

Previously cryptocurrency prices have tended to ride slightly higher on Korean exchanges than the global average, possibly as a result of the general crypto enthusiasm in the country, relative to most other places.

But at the time of writing, bitcoin prices appear to be slightly lower in Korea than elsewhere.

To give an idea of how much higher Korean prices have tended to be, CoinMarketCap's abrupt removal of Korean exchange prices, without any forewarning, is reckoned to have caused an actual mini market crash because on the charts, it looked exactly like the market was actually plummeting.

The takeaway might be whatever you choose to read into the bitcoin price charts. But it might also be possible that bitcoin enthusiasm is waning in Korea, or simply growing more quickly elsewhere. Some of Korea's more local cryptocurrencies might be making quicker strides around the country and enjoying a bit more local media coverage than bitcoin, and interest might be shifting.

With about 30% of salaried workers in the country investing in crypto, South Korea is well ahead of the crypto curve. If bitcoin's popularity is giving way to altcoins over time (which it is), it's reasonable to expect Korea to be ahead of the trend there as well. This shift might be accentuated by the range of prominent local crypto projects. Relatively unknown projects like MediBloc (MED) and ICON (ICX) are already seeing concrete real world applications well ahead of other countries.

Specifically and respectively, managing patient info at one of Korea's largest dental hospitals, and whatever it can get away with.

Curious geographical price inversions aside, bitcoin is on the rise and might be showing some promising signs of further growth. And despite the declining market share it's still reckoned to be an effective cryptocurrency market barometer, which has just tracked a new pressure increase.

Plus, you only have to look back a couple of months to recall that in many ways $10,000 marked the start of bitcoin's ludicrously quick climb to $20,000.