Bitcoin scores golden cross despite, or because of, manipulation allegations | Finder

Bitcoin scores golden cross despite, or because of, manipulation allegations 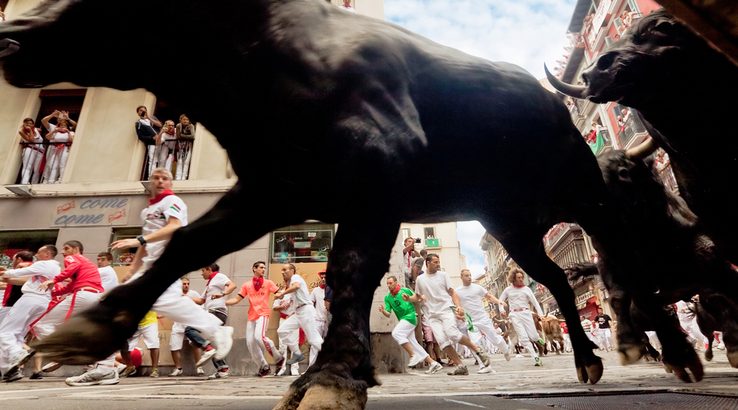 A golden cross put some pep in Bitcoin's step – and made it easier to ignore price manipulation questions.

Bitcoin has scored a golden cross. In trader culture, the golden cross is an auspicious symbol thought to bring prosperity and good fortune. 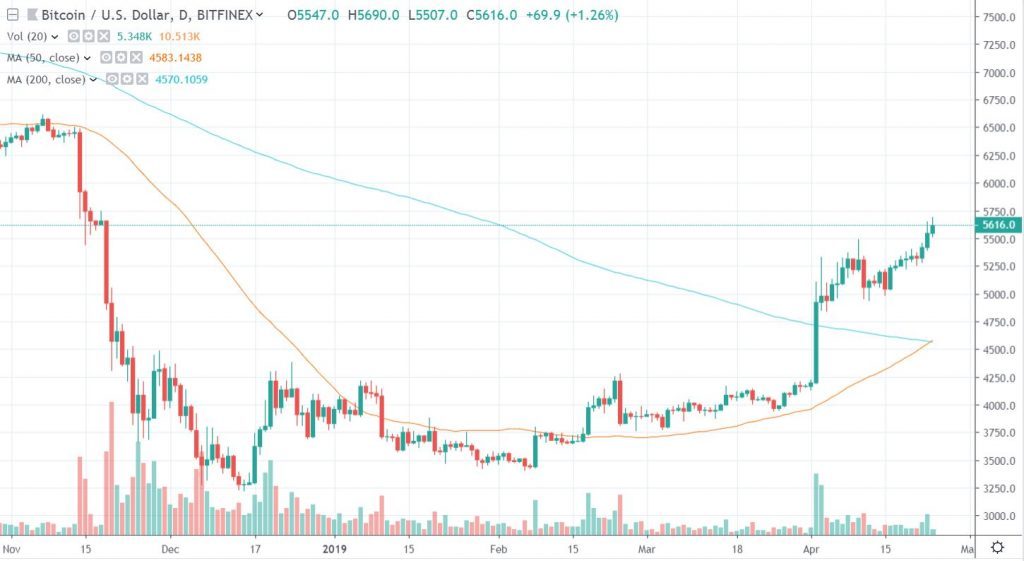 And when it's vice versa, as it has been since near the start of 2018, it means prices are going down.

At its most optimistic, this golden cross might be interpreted as Bitcoin shaking itself off in time for another massive bull run.

This degree of optimism is not without precedent. The last time this kind of thing happened was in 2015, right before Bitcoin started rollicking up to its all-time high. 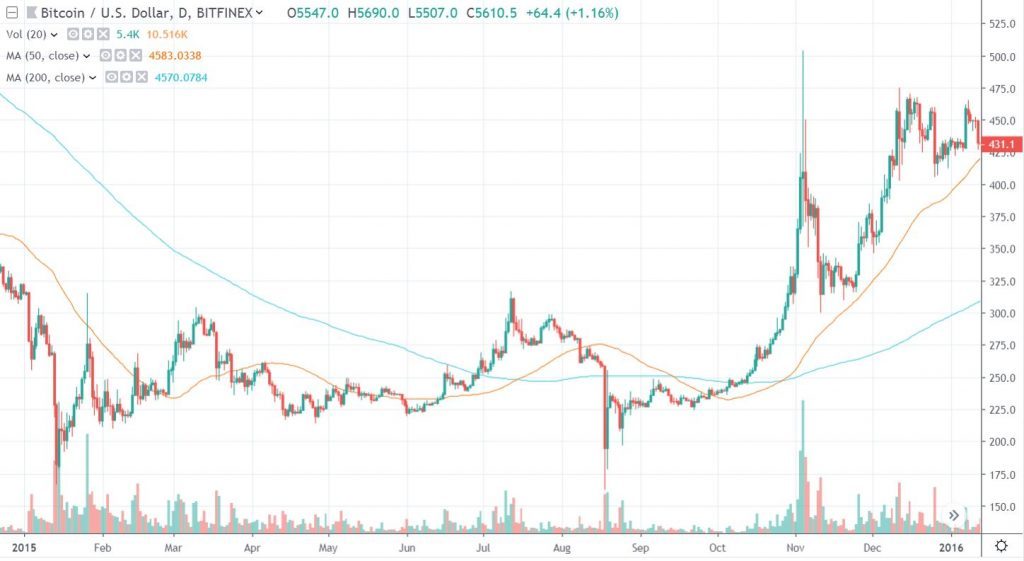 The 50-day moving average crossed the 200 in an upwards direction in mid-July 2015, crossed back a couple of months later, and then back again where it stayed throughout the run-up and all the way until 2018.

This is just one of many ways in which the cryptocurrency markets of today are imitating 2015. Sure, most of the parallels between now and 2015 are self-fulfilling prophecies that would occur whenever you see these kinds of rapid price rises, but there are plenty of more exotic similarities in the mix too.

This auspicious action makes it interesting that rumours of recent Bitcoin market manipulation have been stirring things up.

CoinMetrics noticed some unusual trading activity around the time of Bitcoin's big pump to $5,000 on 2 April.

"There was no impactful news released during this time," it says. "Our theory is that a single committed actor went long and traded in a manner that maximized price impact... Although this cannot be known for sure, such trades would have been designed to trigger stop losses and force a short squeeze through liquidations of margin positions and short futures positions."

The first evidence of this is that some enormous trades commenced at 4:30am UTC, when global liquidity is at its lowest, and that it seemed to spread across several key exchanges in a concerted, deliberate-looking fashion.

A second-by-second breakdown from Crypto Integrity points most strongly at trading on Bitfinex as the main source of the price rise and very strongly suggests deliberate whale activity as the cause of the big rise.

"Has it something to do with USDT (Tether)?" Crypto Integrity asks.

All that said, manipulation allegations haven't really dampened enthusiasm on the crypto markets yet, and it's not really clear whether this should even be considered manipulation per se.

There are definitely some kinds of bad market manipulation, but this is arguably more akin to ordinary trading behaviour.

Prices will rise when someone buys a lot, and they're free to buy it at whatever time of day they want. Plus, making big trades with the specific intention of liquidating short positions and bolstering momentum for price changes is literally exactly what hedge funds, investment banks and other big players do on the forex market.

In that context, it's a bit difficult to think of the factors around Bitcoin's recent rise as manipulation. Of course, most people probably wouldn't be quite so philosophical about "manipulation" if those whales were engineering price drops instead.