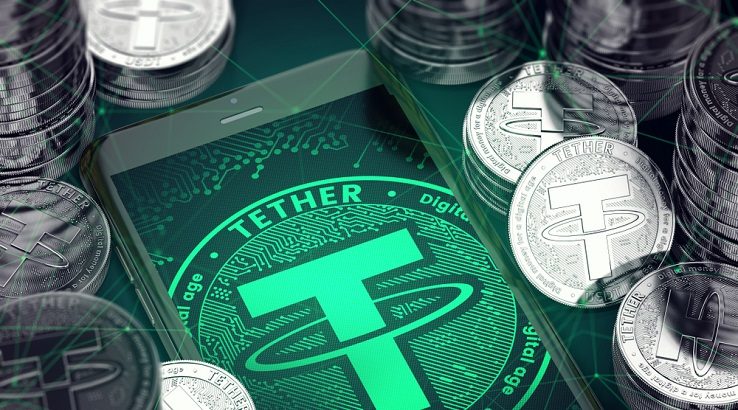 Tether is a so-far inextricable part of the cryptocurrency markets, so it's well worth knowing how it works.

There's never a dull moment with Tether, especially now that it has printed off a cool US$100 million. It's reasonable to assume that this will impact Bitcoin prices. The printing run is almost certainly related to the recent Bitcoin price rise and is most likely related to Bitcoin rising back from under $10,000.

Most zoologists agree that this is very bull-like behaviour.

Wait, is this price manipulation? How does Tether actually work?

Tether (USDT) is a collateralised stablecoin cryptocurrency. Its price floats, but it's theoretically backed by real money and each Tether is supposedly redeemable for US$1. This is why its price hangs around the $1 mark. The idea is that when big money folks want to buy a lot of crypto, they go to Tether and buy a lot of USDT with fiat currency.

Now, Tether has long been at the centre of price manipulation allegations for two main reasons.

After putting these two considerations together, a lot of people decided that Tether was just printing fake money in order to pump Bitcoin prices. In other words, there actually weren't any big money folks visiting Tether, and that it was just controlling the Bitcoin markets by printing and dumping USDT whenever it felt like it.

That would very much be price manipulation.

But that's also not what's happening.

Authorities had no intention of letting such rampant weirdness go unaddressed, and in April 2019, it was revealed that the New York Attorney General's Office had been investigating Tether and the affiliated Bitfinex cryptocurrency exchange.

Tether's reserves were naturally a large focus of the investigation. But in a fairly surprising turn of events, one of the things the investigation turned up was that, minus some relatively honest mishaps, Tether was actually fully backed. In other words, big money folks actually are visiting Tether and handing over giant wads of fiat in exchange for USDT.

What it all means

Whenever Tether fires up the printing press, it means it's helping fulfill big money demand for cryptocurrency – usually Bitcoin. That we have such large Tether printing runs going now means there's a lot of buyer interest.

This can result in Bitcoin price rises, in part because people trade on Tether activity as a market indicator and in part because buying simply makes prices rise. It's not price manipulation – it's a loosely-regulated low-liquidity market at its finest.

The Tether printing press actually batches orders, so you can't say for sure that each printing run is or isn't an individual buyer or multiple buyers. As such, the best way to interpret the size and frequency of Tether's print runs is probably as an ongoing gauge of whether more money is flowing into or out of crypto.

It's a bit rough because USDT prices float, Tether isn't the only stablecoin in town and there are other factors in play here, but its correlation with Bitcoin price moves says it's a decent enough indicator.

Here's a lightly editorialised look at the last 12 months of BTC prices (gold) next to USDT market cap (green).

Which way is Bitcoin going next?

No one knows for sure which way Bitcoin prices are going next, but Tether's activity might provide a hint for anyone who's trying to guess whether the recent pullback from $14,000 is the start of a crash or whether it's just a temporary readjustment.

Right now, Tether is loudly suggesting that there are more rises to come.