Bitcoin’s price becomes volatile as millennials stock up for retirement 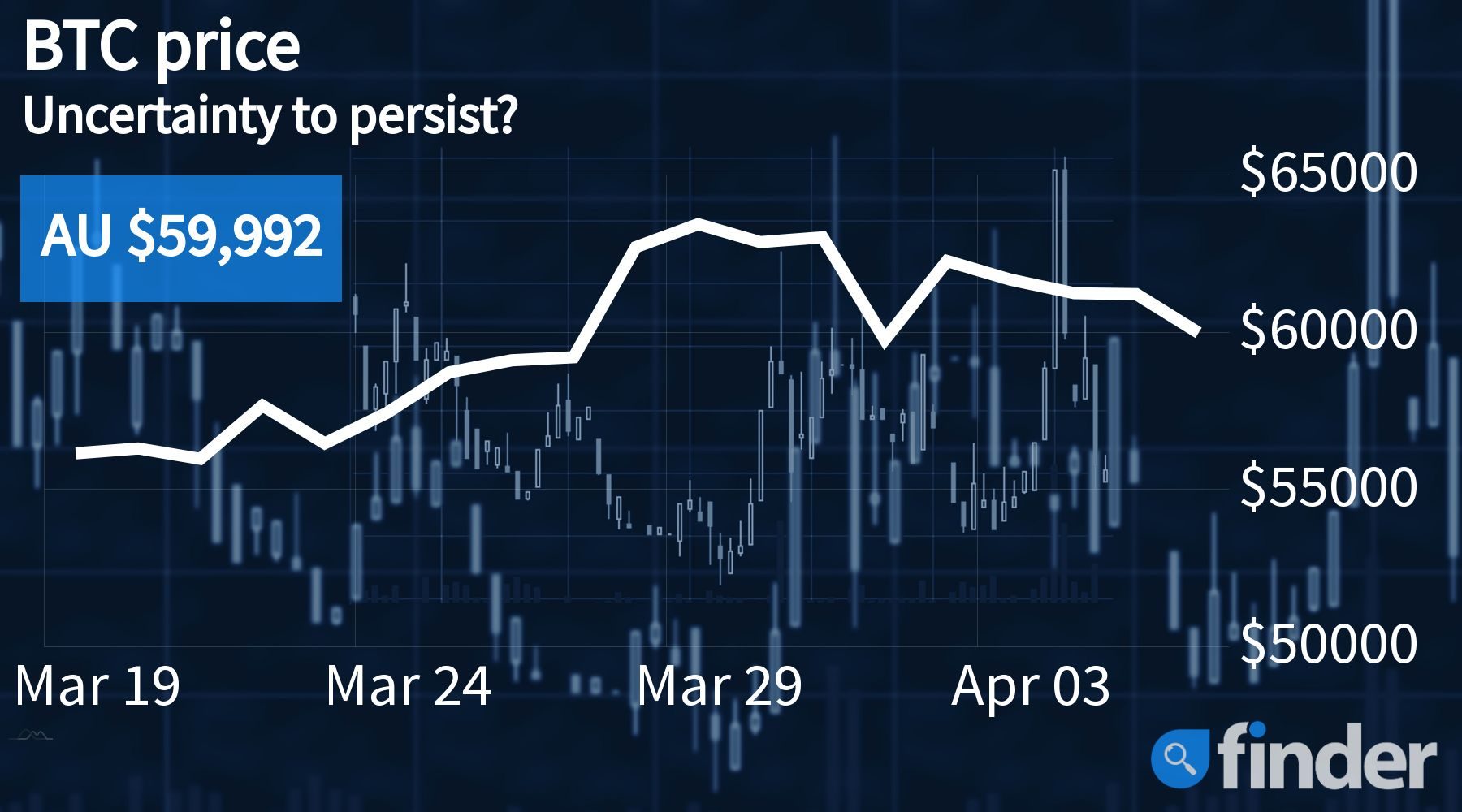 Bitcoin, the world's largest cryptocurrency by total market capitalisation, has been on the receiving end of a sizable price correction over 5-6 April, with the value of a single coin dropping from AUD$62,200 to AUD$59,000 resulting in the digital asset registering losses of approximately 3%. At press time, BTC is trading at a price point of AUD$59,844.

With the price of Bitcoin showing a clear lack of direction, analysts are divided as to where the flagship asset may be heading. Some pundits believe the cryptocurrency's CME futures data is suggesting a potential break of the AUD$71,500 (US$54,000) price target soon. A few market experts claim that BTC's 200-day moving average (MA) clearly shows that the digital currency is attempting to break out of its ongoing rut and potentially scale up to AUD$66,000 (US$50,000) in the near term.

Lastly, pseudonymous analyst Rekt Capital released a tweet stating that Bitcoin's Q1 technicals are extremely positive right now and therefore the coming few weeks could see BTC soaring to levels much higher than what they are at the moment.

Earlier this week, fintech giant MicroStrategy – led by crypto maximalist Michael Saylor – released a filing with the US Securities and Exchange Commission (SEC) that showed one of its subsidiaries "MacroStrategy" had successfully purchased a total of 4,197 BTC (estimated to be worth US$190.5 million).

The aforementioned Bitcoin was acquired at an average value of US$45,714 per token as a result of which MicroStrategy now has 129,218 BTC in its coffers. To date, the firm has shelled out a total of US$3.97 billion for its cumulative crypto purchase (at an average purchase price of US$30,700 per BTC).

Millennials are investing in Bitcoin for their retirement, report suggests

As per a new survey, a whopping 28% of all US millennials noted that they have invested in Bitcoin and other cryptocurrencies to support themselves post-retirement. The figure was much higher than those individuals who claimed that they would be using their traditional savings and stock investments for the same purpose.

According to the poll, approximately 20% of all generation X and 17% of generation Z respondents said that they plan on utilising their Bitcoin savings to fund their post-retirement lifestyles.

2 million BTC is all that's left to be mined

Late last week, it came to light that the 19 millionth Bitcoin (BTC) had been mined, leaving only 2 million more tokens to be mined over the course of the next 2 decades (2040, to be exact). On a technical note, as part of block 730002, mined by SBI Crypto, the 19 millionth Bitcoin entered circulation. For its efforts, the firm was rewarded with a total of ‎6.32 BTC, estimated to be worth approximately US$293,000 at the time of mining.