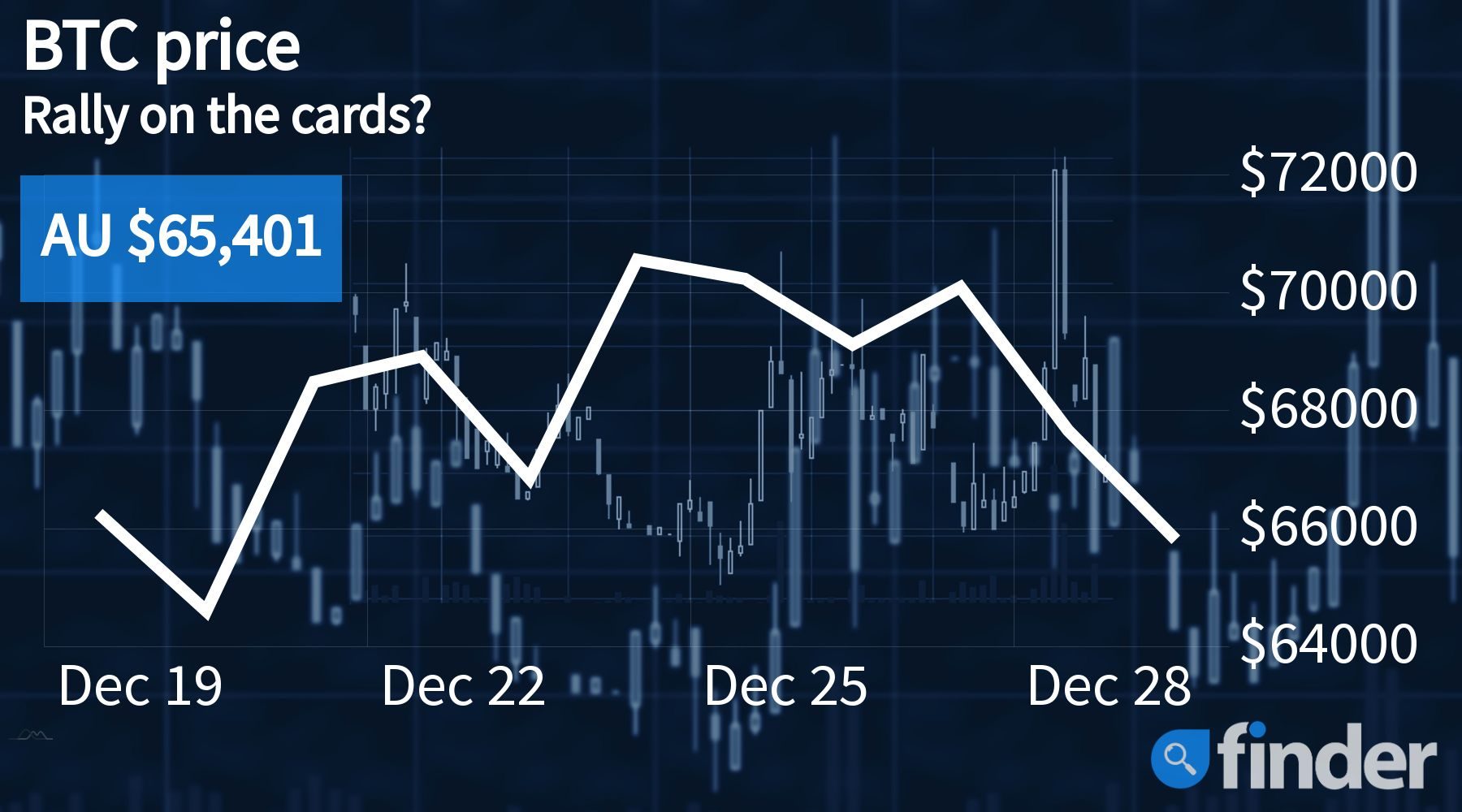 Historical data suggests Bitcoin could experience a massive pump during the first week of January.

Even with the new year just around the corner, Bitcoin has failed to muster the financial momentum that many experts had predicted for the asset. After seemingly having found support around the AUD$68k region, the flagship crypto has continued to dip, currently showcasing weekly losses in excess of 7%. At press time, BTC is trading at a price point of AUD$65,000.

In the midst of the ongoing volatility, business intelligence firm MicroStrategy – led by Bitcoin maximalist Michael Saylor – revealed that it had added another $94 million worth of BTC to its coffers, acquiring the token at an average price of US$49,229. To elaborate, the firm noted in a filing with the US Securities and Exchange Commission (SEC) that it had purchased another 1,914 BTC, bringing the company's total crypto haul to a whopping 124,391 BTC.

As a result of the move, MicroStrategy now owns approximately US$6 billion worth of Bitcoin, with the investment already having yielded the firm gains in excess of US$2.1 billion. Most of the company's purchases have been facilitated via the cash-on-hand route as well as through the sales of convertible senior notes, which were made primarily via private offerings aimed at institutional buyers.

A number of prominent market analysts believe that a solid week of gains may be on the cards for Bitcoin, noting that the digital currency has traditionally registered hefty profits – ranging from 7% to 30% – during the first week of every year since 2018.

In a recent tweet, economist Alex Krüger pointed out that for nearly 4 years running, BTC has been able to deliver positive returns come January each year, referring to the phenomenon as the "first week of the year effect". That said, he did concede, "To be fair only 2020 and 2021 matter, different markets, so do with those 2 data points as you will."

This optimistic outlook is also shared by Real Vision CEO Raoul Pal, who in a recent interview noted that Bitcoin was reaching its local bottom after having undergone massive sell-offs over the past month. In his view, the turn of the new year will most likely see institutional money once again make its way into this burgeoning market.

Similarly, ExoAlpha CEO David Lifchitz is also of the mindset that many traders may currently be offloading their BTC to minimize their tax liabilities and that once the new calendar year starts, the currency could make a strong comeback.

Not everyone is convinced of BTC making a strong comeback

During a recent sitdown with CNBC, Carol Alexander, economist and professor of finance at Sussex University, revealed that that the future may continue to hold a lot of uncertainty for BTC, claiming that the asset may dip as low as US$10k over the coming months. Being a longtime crypto skeptic, Alexander believes Bitcoin has no intrinsic value and that the currency may have already achieved all that it could monetarily this past fiscal year.

Similarly, Union Bank's chief equity strategist Todd Lowenstein believes that as and when the Fed starts off with its tapering plans — by hiking interest rates — Bitcoin's price could take an even bigger hit. In his view, 2022 could have an adverse impact not only on the crypto sector but on a whole host of traditional markets as well.