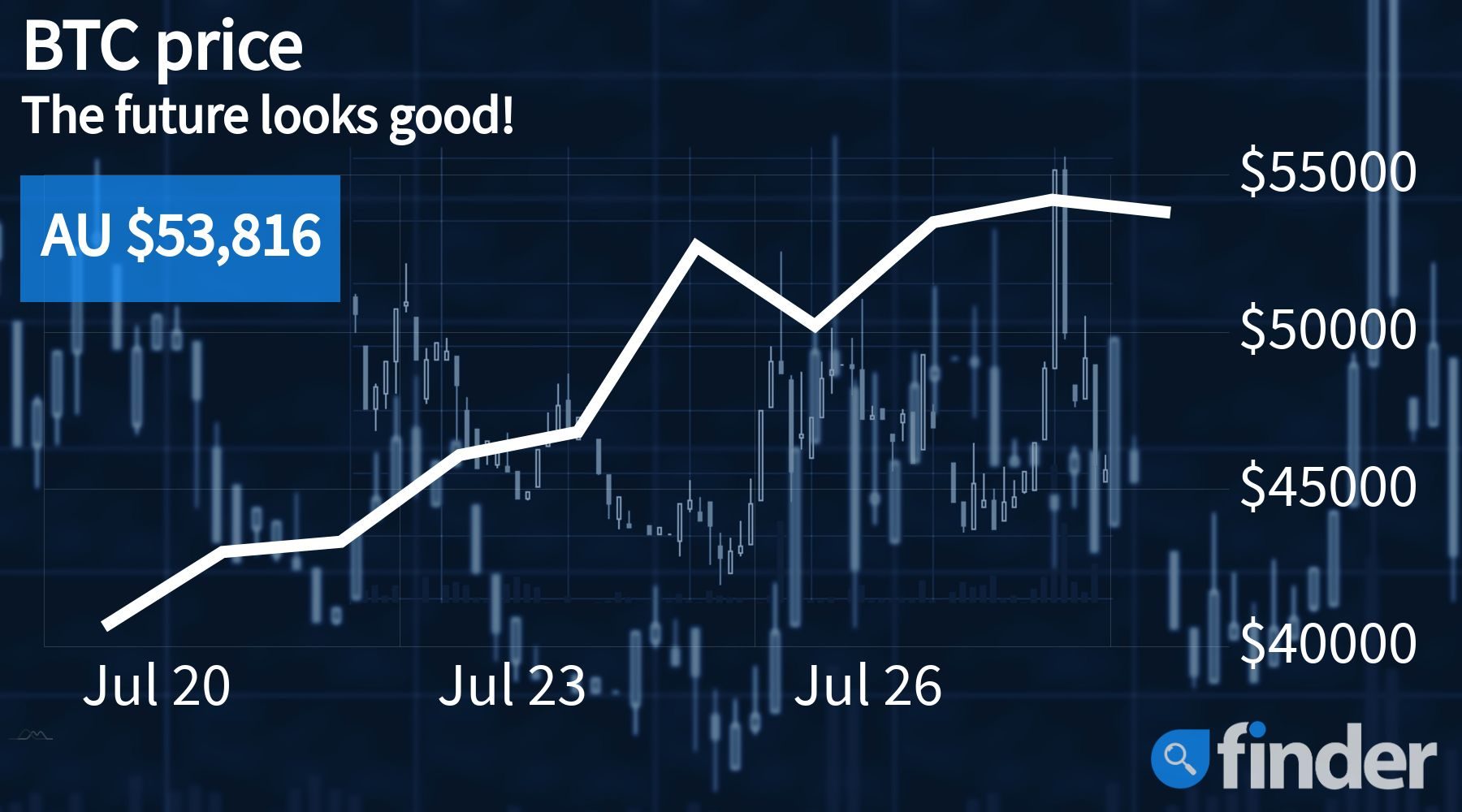 Bitcoin has grown 25% in a fortnight, smashing through several resistance levels.

After a couple of months of continued turbulence, Bitcoin's price seems to have found support around its all-important AU $55k psychological barrier. Over the past week, the digital asset has showcased returns in excess of 23%. BTC is currently trading at AU $53,900.

Bitcoin's surge from AU $40k to AU $55k saw the crypto asset's exponential moving average (EMA) rise to its 21-week high. EMA is widely considered to be a solid indicator of a bull market and in pseudonymous crypto Twitter analyst Rekt Capital's opinion, BTCs current technical markers seem to quite clearly be pointing towards a "bull run" in the near term.

Additionally, it also bears mentioning that despite the recent volatility, Bitcoin whales have continued to accumulate, while retail investors sat on the side-lines. In this regard, data released by blockchain analytics firm Santiment shows that the number of addresses holding anywhere between 100 and 10,000 BTC reached its all-time high a few days ago."They [whales] have added 170,000 more BTC since May 22nd, and a staggering 130,000 BTC in the past 4 weeks alone," the report further reads.

Michael Saylor-led business intelligence and analytics company Microstrategy has pledged to accrue even more Bitcoin in the near term even though the firm reported an impairment loss of US $424.8 million (for Q2 2021) earlier today. That being said, this figure is a bit misleading since the aforementioned impairment loss only takes into consideration the value of BTC at the end of Q2 therefore not accurately depicting the asset's "realized loss". The report further adds:

"Our latest capital raise allowed us to expand our digital holdings, which now exceed 105,000 bitcoins. Going forward, we intend to continue to deploy additional capital into our digital asset strategy."

In this vein, it also bears mentioning that just a few days ago, Tesla too released its Q2 financial report, revealing an impairment loss of US $23 million on its BTC holdings.

Later today (i.e. Friday, July 30), a total of 42,850 Bitcoin options contracts will expire, potentially allowing bulls to draw profits from the US $40,000 call (buy) option. This could potentially result in some volatility, however, at press time, BTC has continued to hold steady around the US $40k range.