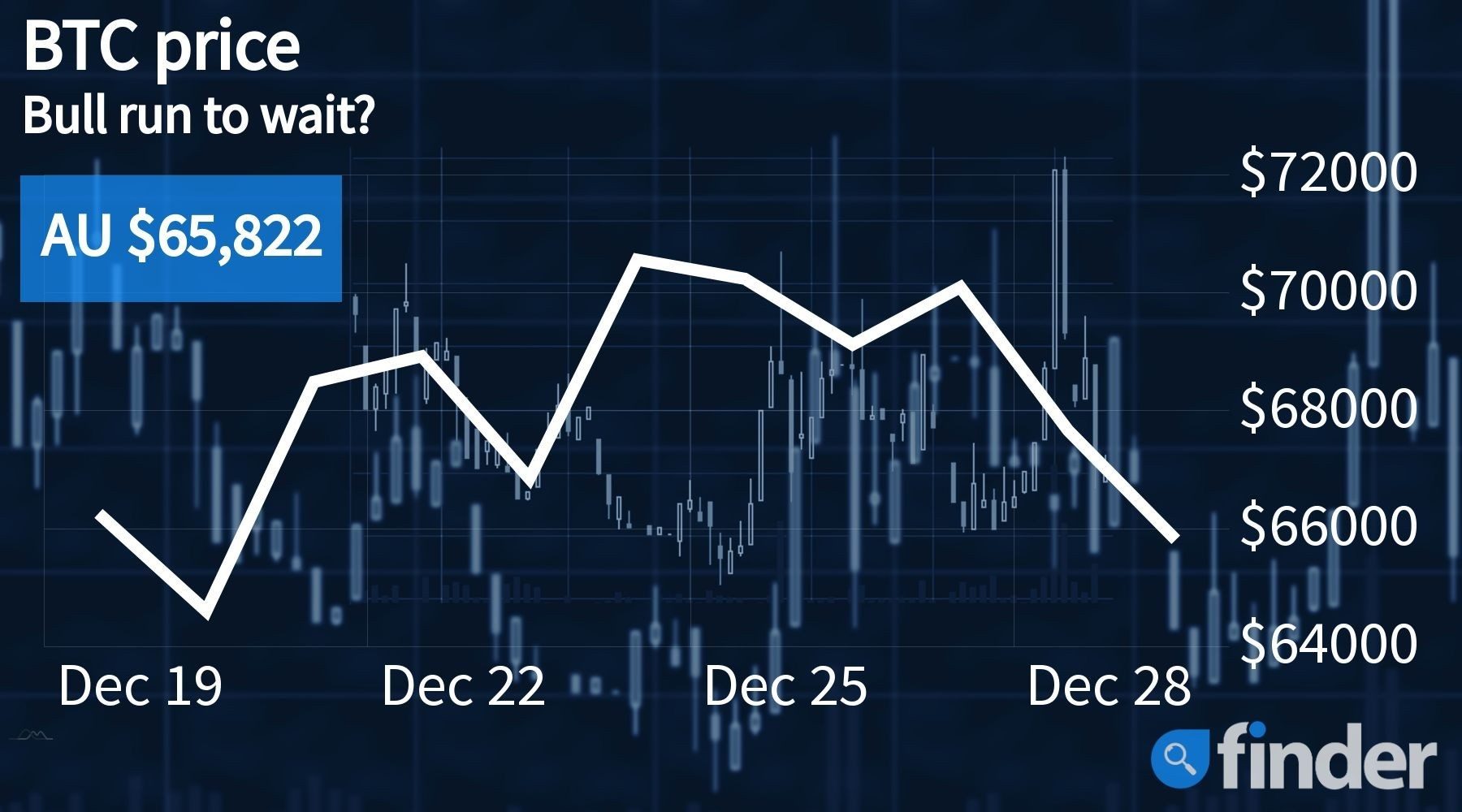 Experts believe that the current stock market surge may not be in line with the reality of the US economy.

The past week has been somewhat of a rollercoaster ride for Bitcoin, with the world's largest cryptocurrency by total market capitalisation breaching the AUD$72,000 target only to fall back again and settle down around the AUD$68,000 range. As a result, the flagship crypto is exhibiting a 24-hour loss ratio of 3.3%. At press time, BTC is trading at a price point of AUD$66,500.

Commenting on what may be causing Bitcoin to exhibit such levels of volatility especially when markets are quite bullish, pseudonymous Twitter analyst John Wick noted that the year-end correction could be a result of a bearish "fake out", with the digital currency most likely to reverse this trend over the coming few days.

Technically speaking, Bitcoin's 21-week EMA has continued to showcase signs of weakness. Independent crypto analyst Rekt Capital pointed out that the cryptocurrency has shown immense difficulty in breaking past this key metric over the past week, adding that there is a chance BTC may dip as low as AUD$60,000 (US$44,000) before experiencing another major breakout.

The ongoing swings have seen price drops across the board, with many prominent alts losing a lot of value. As a result, Bitcoin's dominance index (DI) has once again jumped up from around 38% to 40.3% with the total market cap of the crypto market currently standing at AUD$3.28 trillion (US$2.38 trillion).

While 28 December saw Bitcoin drop by nearly AUD$5,500, reminding investors that a bull run may not yet be in order, the S&P 500 hit a fresh all-time high — its 69th of the year. This added to fears that there may be a huge divide between what these numbers represent and the empirical reality of things, especially as inflation numbers continue to touch 30-year highs in the US.

To elaborate, the Federal Reserve recently decided that it would hold back on its tapering plans — at least for the near term. However, come 2022 interest rates will most likely be adjusted and increased from their current near-zero levels. Once this happens, it will be interesting to see how traditional markets continue to behave.

Once hailed as the face of the UFC's marquee lightweight division, Kevin Lee recently revealed that one of the key reasons why he decided to sign with EFC was the organisation's willingness to pay him in BTC as part of a 4-fight deal. Retired combat sensation Khabib Nurmagomedov heads the MMA promotion company EFC.

The fighter has long been a crypto proponent and claims to have been accruing various digital assets (including Bitcoin) since 2017. He revealed recently that he used profits generated from his crypto investments to pay for his various knee surgeries over the years, adding:

"To be paid in Bitcoin and not give me any pushback on it whatsoever, was huge in the decision [to sign with EFC]. It gives me a lot more financial security and will help me fight better too."