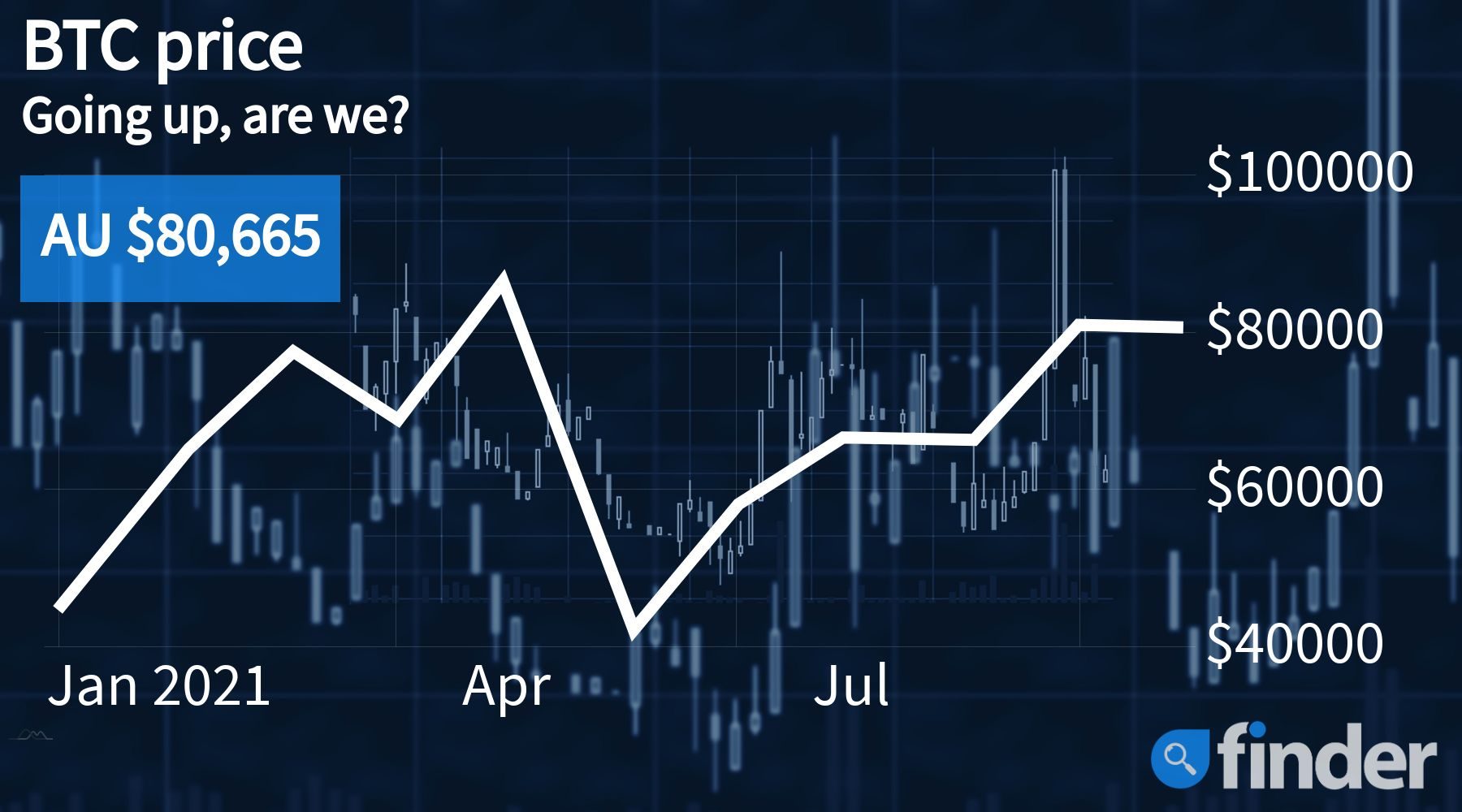 The turbulence witnessed by the crypto market over the past week has resulted in Bitcoin dipping back into the "red zone".

After having dipped below the AUD$80,000 (USD$60,000) psychological threshold, albeit briefly, Bitcoin – the world's largest cryptocurrency by total market capitalisation – has once again been able to reclaim bullish support, with the digital currency showcasing gains of nearly 5% over the last 24 hours. At press time, BTC is trading for AUD$81,639.

It is worth noting that this latest rise comes at a time when software firm MicroStrategy, led by Michael Saylor, announced that it had added another 9,000 BTC to its coffers over the course of Q3 2021. As a result, the company's total crypto haul now stands at 114,000+ BTC – which at the time of writing this article works out to a whopping USD$7 billion (AUD$9.3 billion). Also interesting to note is the fact that if MicroStrategy were to liquidate its BTC holdings today, it would be in a profit of nearly USD$3.75 billion (AUD$5 billion approx.).

On a somewhat similar note, earlier today ARK Invest's Cathie Wood revealed that her firm took advantage of the price dip that took place on Wednesday by lapping up nearly USD$80 million worth of Robinhood stock. In all, it is estimated that ARK was able to acquire a total of 2.24 million shares across 3 of its ETF funds. This is because on 27 October, a representative for Robinhood revealed that the trading platform's revenue for Q3 2021 had dipped by nearly 80%, driving the company's share prices well below its July IPO rate of around USD$38.

Lastly, capitalising on the aforementioned volatility, El Salvador president and perennial crypto bull Nayib Bukele also announced that he had "bought the dip" by adding another 420 BTC to his country's fast-growing crypto stash. As a result, the central American nation's total held BTC now stands at 1,120 BTC.

Even though a lot of detractors continue to harp on Bitcoin's high energy requirements, what seems to often get ignored is the fact that most miners across the globe seem to have transitioned to the use of renewable power to facilitate their daily operational needs. In this regard, it is worth highlighting that a recent study released by Cambridge University states that 76% of all miners operating today now make use of "green power sources".

In a similar vein, Hass McCook, a member of the Bitcoin Mining Council (BMC), was recently quoted as saying that the BTC mining industry is on track to reaching its zero-emission targets by the year 2030. This is thanks in large part to the advent of a new technology called "immersive cooling" – which essentially involves submerging Bitcoin mining ASICs into a specialised cooling fluid, allowing for any excess energy to be recycled. As a result of utilising such a set-up, mining productivity can be greatly enhanced.