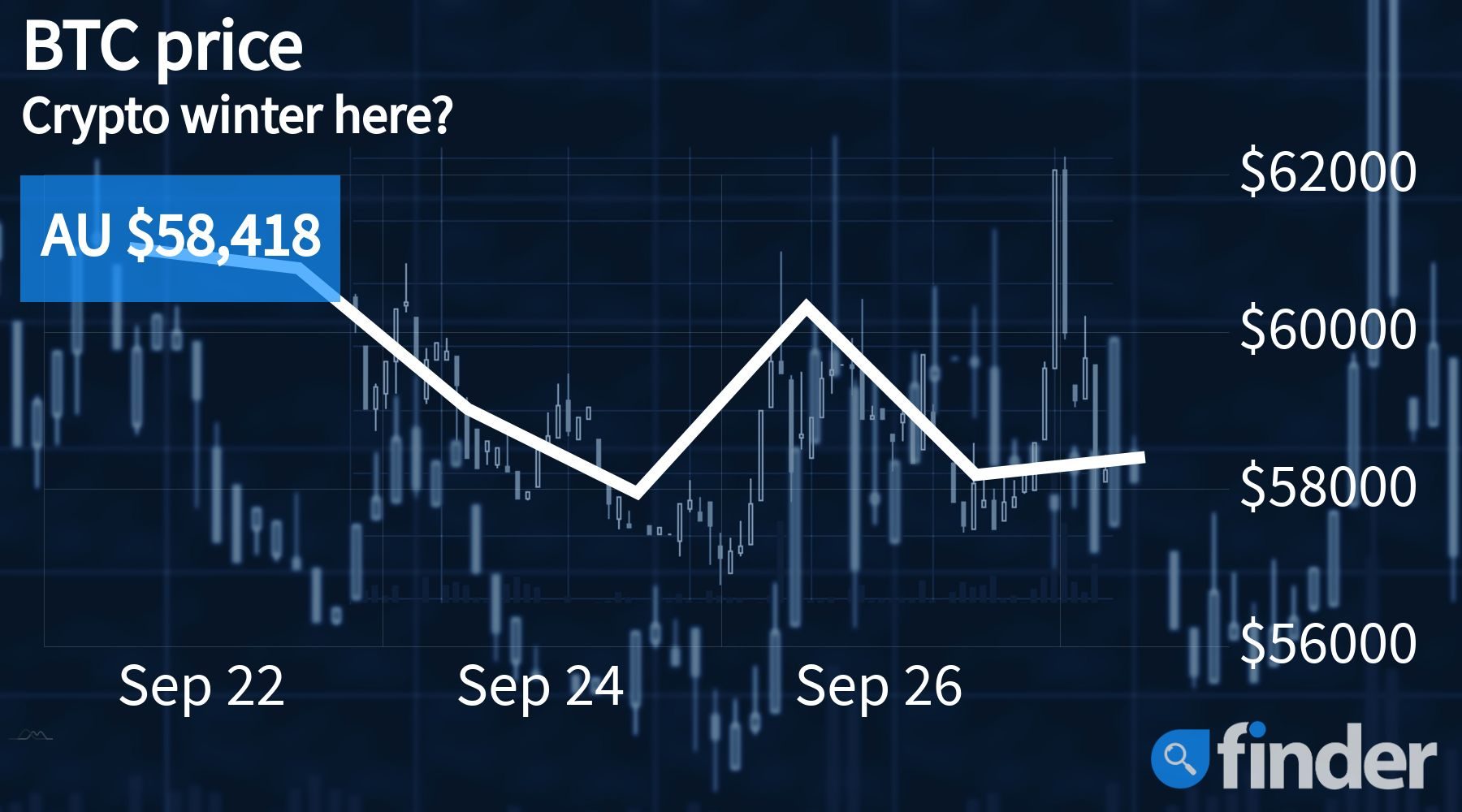 As a result of the ongoing turbulence, BTC's weekly losses now stand at 11%.

After having held steady around the AUD$57,500 resistance for a couple of days, the last few hours have seen the world's largest cryptocurrency by total market capitalisation plummet past the all-important stress zone, scaling all the way down to AUD$56,500 before making a minor recovery. At press time, BTC is trading for AUD$57,700.

As a result of this ongoing action, it appears as though bears are once again back in control, with most experts agreeing that for BTC to break out of its ongoing rut, it needs to make a quick ascent to the US$43,600 zone (AUD$60,000). Furthermore, it should be highlighted that BTC's current futures and options data suggests that the cryptocurrency may be faced with a high degree of volatility over the coming few days.

That said, a new report released by CoinShares reveals that despite the above-stated movements, institutional investors have entered into the sixth consecutive week of inflows. To be a bit more specific, it is estimated that between 20 and 24 September, Bitcoin witnessed a total capital influx of US$100 million.

As volatility issues continue to plague the cryptocurrency industry at large, one of Bitcoin's former lead developers, Gavin Andresen, believes that Bitcoin will meet its eventual demise over the next 40-year stretch.

However, before that fateful day, he is confident that the value of a single Bitcoin could be hovering around the US$6 million mark. He added: "Eventually, there are zero new BTC being produced on the BTC network, and zero BTC circulating on the BTC network. There is nothing left to secure, and the chain stops."

That said, it should be noted that even if the aforementioned scenario plays out, there will still be 20+ million Bitcoin circulating across a number of different blockchain ecosystems, thereby allowing the coins to not only retain their value but also gain more monetary strength as inflation grows.

Lastly, as things stand, around 2.17 million Bitcoin (approximately 10.5% of the currency's entire supply) are yet to be mined, with the last Bitcoin due to be mined sometime during 2140.

BlackRock rakes in AUD$508,000 profit from its Bitcoin futures contracts

A new filing submitted by BlackRock Financial Management with the United States Securities and Exchange Commission (SEC) revealed that the financial behemoth has not only increased the number of its Bitcoin futures contracts since Q1 2021 but also made a cool US$369,000 (AUD$508,000) profit from the above-stated offerings.

The gains represent just 0.00138% of the BlackRock Global Allocation Fund, a number that works out to around 9 BTC, at press time. Lastly, it should be noted that the company currently has a whopping US$9.5 trillion in AUM (assets under management).