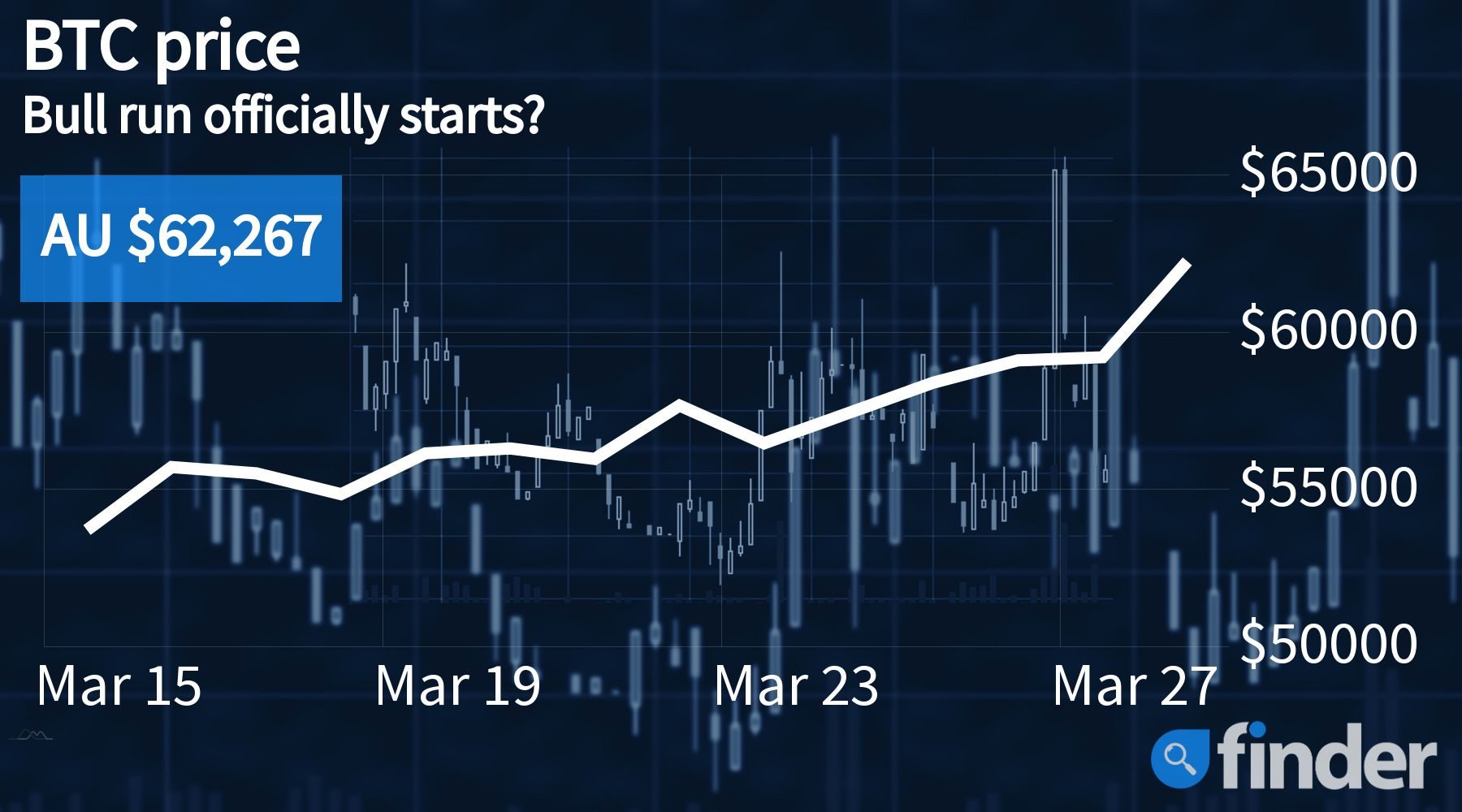 BTC's technicals suggest that the coming few weeks could see the asset soar and potentially scale up to the all-important US$50k mark.

Bitcoin, the world's largest cryptocurrency by total market capitalisation, has been on the receiving end of a lot of bullish momentum recently. This is best highlighted by the fact that over the past fortnight, the digital asset has registered gains of approximately 23.3% while showcasing a 24-hour profit ratio of around 5%. At press time, BTC is trading at a price point of AUD$62,216.

Thanks to its ongoing spike, Bitcoin is well on track to seeing its highest weekly close of the year, with independent analyst Rekt Capital highlighting that Bitcoin's 21-week exponential moving average (EMA) is at levels that suggest a bullish breakout. However, some analysts also believe that purchasing BTC at its current levels makes little to no sense, especially from a long-term risk/reward ratio standpoint.

Lastly, technical data clearly shows that the current marketwide surge is being driven, in large part, by the spot markets and not the derivatives sector. To this point, co-founders of blockchain analytics firm Glassnode Yann Allemann and Jan Happel noted that sustained hikes like the one we are witnessing right now have historically been driven by spot demand.

BTC for tax payments to start in Brazil by 2023

Rio de Janeiro mayor and Brazil's secretary of economic development, innovation and simplification, Chicão Bulhões, revealed earlier this week that come 2023, BTC-based tax payments will be allowed within his city's borders for urban real estate-related excise tariffs. The move has been well-received globally, with Changpeng Zhao, CEO of prominent cryptocurrency exchange Binance, announcing that he will be setting up a new office in the region to help Bulhões with his initiative.

The proposed rollout will make Rio de Janeiro the first Brazilian country to start accepting BTC payments. Lastly, as part of the plan, city officials are looking to utilise governance policies that are based on non-fungible tokens (NFT) as to transform the region's local arts and tourism markets.

US city of Austin looking to become next global crypto hub?

To elaborate, earlier this month, Austin city council members tabled 2 documents seeking to explore the potential benefits of cryptocurrencies, especially the adoption of Bitcoin and a few other cryptocurrencies for daily payments and transactions.

This trend of cities adopting crypto has been garnering a lot of traction across the US, with Miami becoming the first city to deploy its own digital currency dubbed MiamiCoin last year. The move was mirrored by New York, with mayor Eric Adams even taking his paycheck in BTC earlier in 2022.