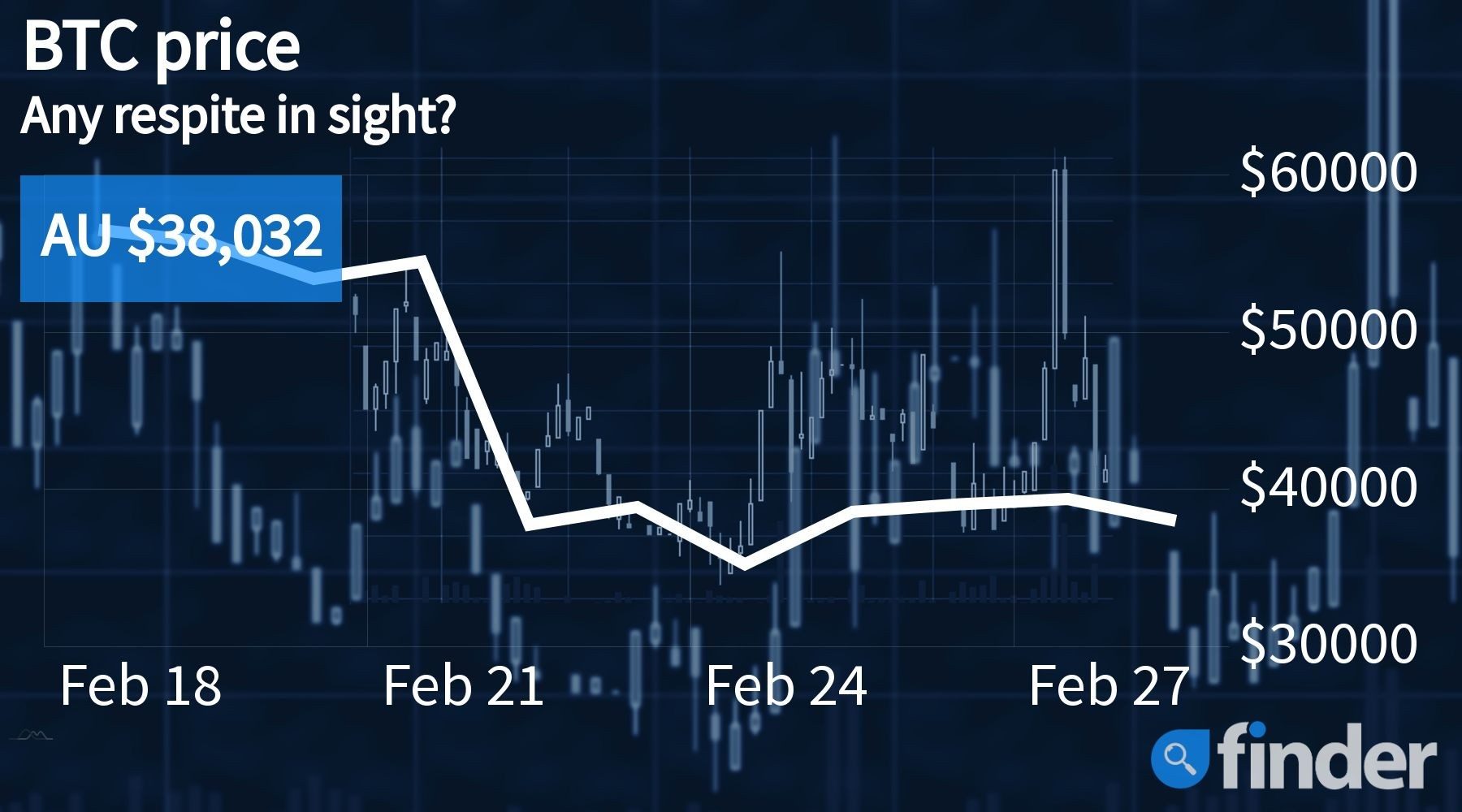 As global tensions continue to mount, Ukraine has continued to harness the power of Bitcoin as well as other cryptocurrencies to raise funds for its military.

Bitcoin, the world's largest cryptocurrency by total market capitalisation, has continued to exhibit a relatively high level of financial stability over the course of the last 48 hours despite prevailing economic factors suggesting otherwise. The digital asset rose a high of AUD$55,500 (US$39,851) before showcasing a significant correction shortly afterwards. At press time, BTC is trading at a price point of AUD$53,112.

While Bitcoin recently had slipped as low as AUD$47,800 (US$34,300) in light of Russia's ongoing invasion of Ukraine around a fortnight ago, the crypto has been able to hold ground and maintain a relatively high level of price integrity ever since.

On the matter, independent crypto analyst Pentoshi noted that the cryptocurrency seems to have found a "short to mid-term bottom" around the AUD$53,000 (US$38k) range but macro factors still remain extremely bearish. He further added that for Bitcoin to really break out of its ongoing rut, it needs to cleanly break past the AUD$58,000 (US$41.5k) resistance in the near term.

From a geopolitical standpoint, more uncertainty has continued to plague markets across the board, especially as a growing forum of Western countries begin to impose sanctions against Russia. For example, the European Union, US, UK, Japan, Canada, Taiwan and New Zealand have all taken potent steps to cut off Russian banks from gaining access to offshore liquidity as well as making use of the SWIFT payment system.

Also, a mention of possible nuclear deployment by president Vladimir Putin over the weekend has sent the global economy into a tailspin. However, with Ukraine's emissaries meeting with their Russian counterparts as part of a series of ongoing peace negotiations this week in Belarus, it remains to be seen how this ugly scenario plays out.

In light of Russia being barred from using various mainstream financial channels, some experts have begun to advocate the use of Bitcoin as a neutral medium for transferring value. In this regard, Ukraine has already started accepting donations (via Bitcoin, Ethereum and Tether) to sponsor its ongoing military efforts against Russia.

Since launching its campaign, Ukraine's crypto wallets have been able to muster over 112 BTC, 2,000 ETH and $1 million worth of USDT. Providing his take on the matter, former Coinbase CTO Balaji Srinivasan, was quoted as saying:

"Still processing the implications. This is a financial neutron bomb. Bankrupts people without blowing up buildings. Hits all 145M Russians at once, every ruble holder. In a maximalist scenario, possible collapse of the Russian economy."