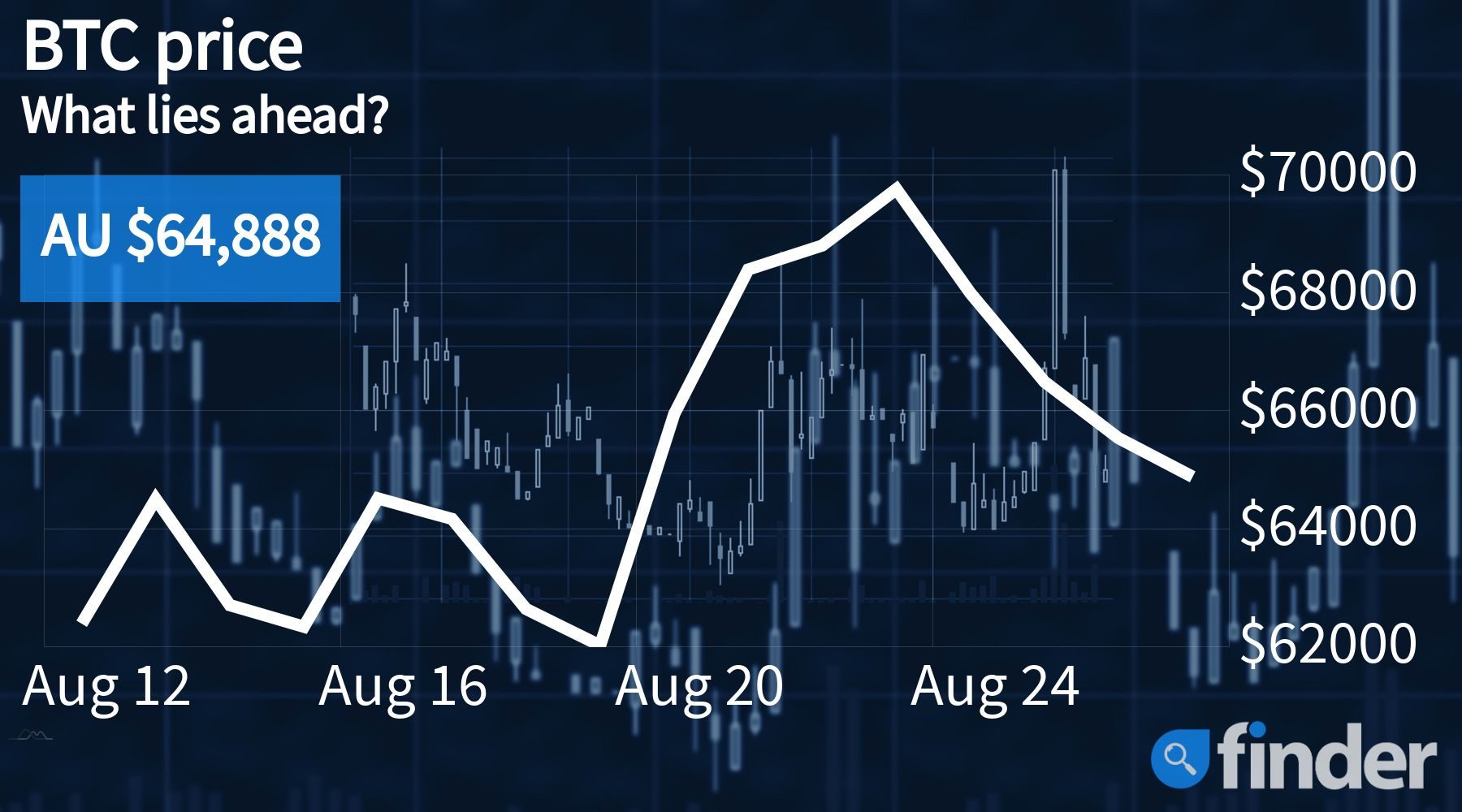 Despite a lot of volatility recently, Bitcoin's weekly gains still stand at a little over 5%

After having established strong support around the AU $66k range, Bitcoin, the world's largest cryptocurrency by total market capitalization, proceeded to dip as low as AU $64,200 only to bounce back a few hours later. At press time, BTC is trading at a price point of $64.500.

Commenting on the recent euphoria surrounding Bitcoin's run-up to the US $50k mark, prominent analyst Michaël van de Poppe is of the belief that there is a lot of profit-taking going on at the moment, adding: "Might be making a slight bounce here, but the overall trend is south for a little. Massive support around US $44K. Invalidation if breakout above US $49K happens."

As per crypto analytics tracker Whalemap, it is essential that Bitcoin hold on to its all-important AU $64k support level because a further slip could see the flagship crypto potentially sliding down to the AU $55k zone.

Lastly, independent analysts like Will Clemente believe that BTCs retraction from $50k to its current levels was quite natural, especially with short-term profit seekers cashing out bigtime. He added:

"It's not unexpected to see some profit-taking after the move up to US$50,000, but watching the rate at which this is happening and more importantly, are sellers willing to start selling at a loss?"

At press time, Bitcoin's dominance is still continuing to hover around 44.2%, with the total market cap of the industry standing at AU $2.7 trillion.

In spite of the digital asset market making a massive comeback over the last couple of weeks, perennial gold bug and crypto critic Peter Schiff has continued to slight the flagship digital asset. In this regard, Schiff recently squared off in a debate against Skybridge founder and former politician Anthony Scaramucci regarding whether gold is a superior store of value to Bitcoin.

Prior to the commencement of the debate, a poll was initiated so as to gauge the sentiment of the audience. In this regard, 38% of the online audience voted in favor of the precious metal, 26% for BTC, and 35% as undecided. However, by the end of the event, Schiff was able to turn the tide largely in his favor, with the final poll results showing majority support (51%) for gold, 32% for BTC, with the remaining 17% undecided.