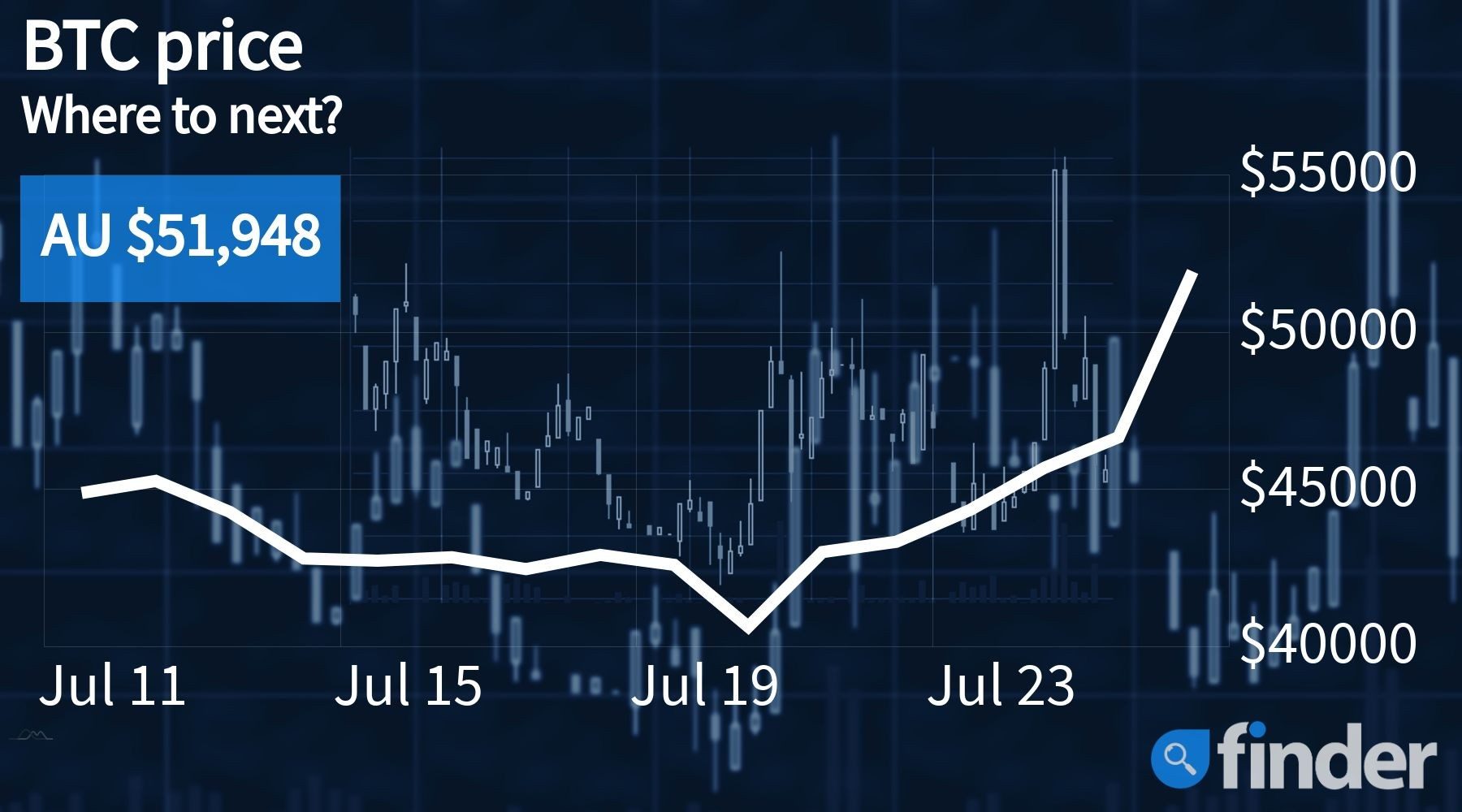 Bitcoin has climbed nearly $10,000 in one week, suggesting the end of the recent bear market

After weeks and months of being on the receiving end of a lot of turbulent price action, Bitcoin, the world's largest cryptocurrency by total market capitalization, has once again started to garner an increasing amount of positive financial momentum. In this regard, over the course of the last 24 hours alone, BTC has gained an impressive 11%. As a result, the premier digital asset is now trading at AU $52,000.

Providing his thoughts on the matter, Viktor Kochetov, CEO of cryptocurrency exchange Kyrrex, pointed out that Bitcoin's fundamentals have continued to remain strong despite a wave of mixed high-impact news — such as Binance's recent regulatory woes — doing the rounds recently. "Pressure on Binance from various authorities has kept some investors at bay who seem to be waiting for this period of uncertainty to dissipate", he added, thereby suggesting that the value of BTC may push even higher in the near term.

A similar point of view is shared by Oleg Kurchenko, Founder and CEO of cryptocurrency exchange Binaryx, who strongly believes that BTC is primed to experience an even stronger break out in the near term, especially as the dust surrounding the above-stated Binance saga, Chinese miner exodus continues to settle down.

In recent weeks, there have been growing rumours that Amazon is looking to make its way into the Bitcoin market, primarily by allowing users to facilitate crypto payments using the flagship digital currency. In this regard, as per a job offer listed on the retail giant's official website, the firm is looking to hire a "Digital Currency and Blockchain Product Lead" who will be able to help restructure the company's existing payments and financial system.

Furthermore, according to a local media outlet, Amazon has been quite active when it comes to developing its aforementioned BTC/crypto payment system, with the firm looking to launch the new remittance platform by the end of this year. Not only that, the report also states that the company is looking to develop and release its very own crypto offering sometime in 2022. On the subject, an insider source who claims to have gained approval from Amazon's executive chairman and founder Jeff Bezos was quoted as saying:

"It begins with Bitcoin – this is the key first stage of this crypto project, and the directive is coming from the very top…Ethereum, Cardano and Bitcoin Cash will be next in line before they bring about eight of the most popular cryptocurrencies online. It won't take long because the plans are already there, and they have been working on them since 2019."

That being said, as far as Amazon's native crypto token goes, the multinational has yet to make an official statement regarding the project. Therefore any details that emerge in relation to the offering in the coming few days should be viewed with a certain degree of skepticism.

Influential "Crypto Twitter" user @CryptoCobain has claimed that he is behind the latest news, suggesting that he convinced a "stupid crypto journalist that I was an Amazon executive insider" and that he "made loads of shit up".

Regardless of the authenticity of the claims, markets have rallied with Bitcoin up 20% in just seven days, with today's rally from $47,000 to $52,000 taking less than two hours.