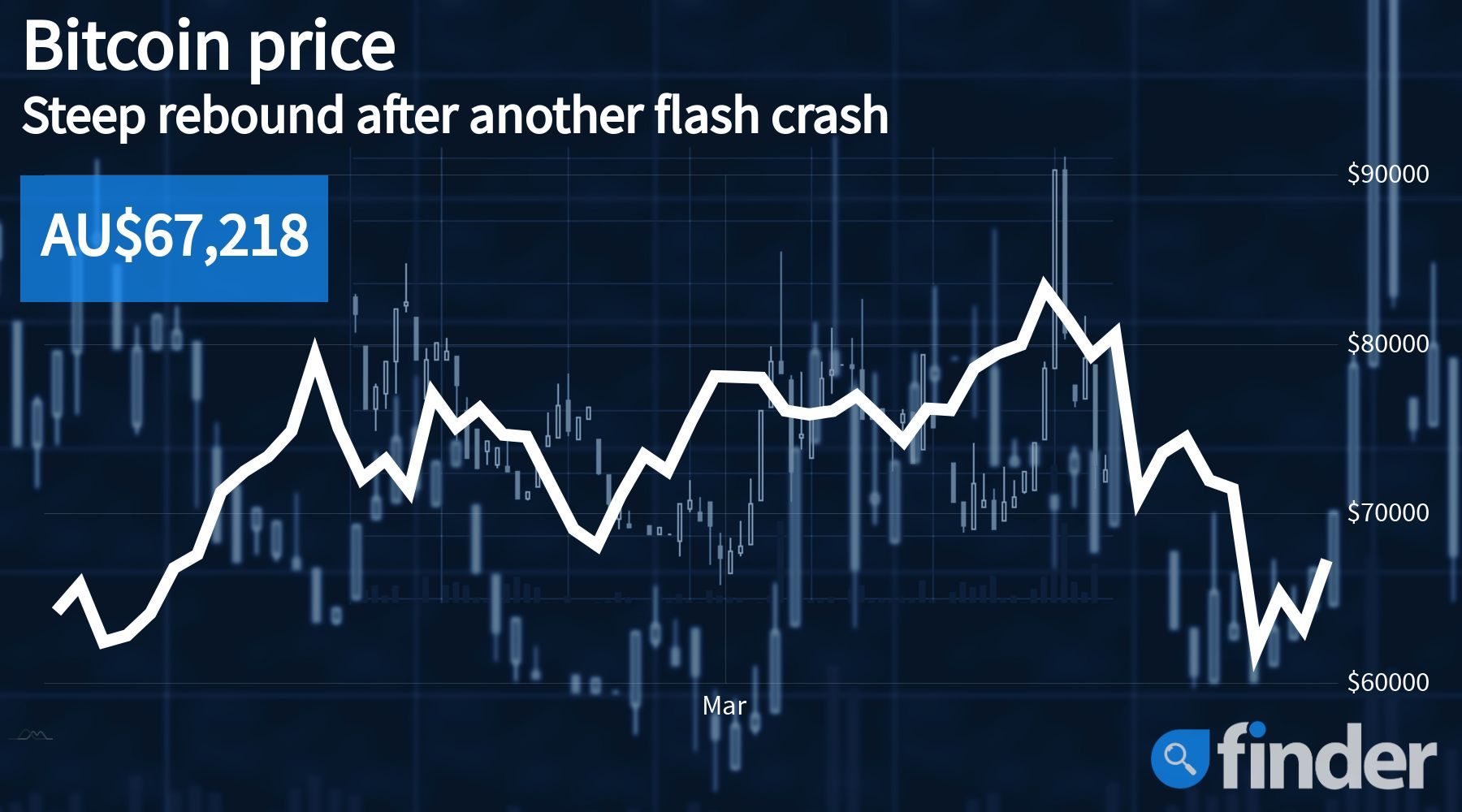 Bitcoin is currently facing a fortnightly loss of approximately 13%

To get a better idea of what may be in store for Bitcoin in the near future, Finder spoke with Nick Spanos, founder of Bitcoin Center NYC, the world's first cryptocurrency trading floor situated right across the New York Stock Exchange (NYSE) in Lower Manhattan. In his view, with BTC showcasing a high growth rate year-to-date, a lot of crypto holders that may have accrued serious gains will be subjected to major taxes, causing Bitcoin's price to potentially drop even further in the coming few days, adding:

"However, the start of the second quarter is bullish, and chances are high that we may see a recovery in the mid to long term. With this recovery, Bitcoin's price may end the second quarter on a stellar note with an US$80,000 closing price."

Similarly, Konstantin Anissimov, executive director at cryptocurrency exchange CEX.io, agrees with Spanos' assessment claiming that the recent drop was most likely triggered by the tax filing season that is scheduled to take place across a number of major economies such as the United States, Norway, etc. He added:

"Bitcoin has dropped to its lowest levels since March, trading at US$48,246.79. The unprecedented dip in Bitcoin's price might have been triggered by the incoming tax season. There are indications that President Joe Biden wants to increase the capital gains tax, a move that will rub off on crypto holders and investors."

That being said, Anissimov is fairly confident that from here on out, even though Bitcoin may be faced with a few sharp dips here and there, as and when the FUD starts to clear out, we could see the premier digital currency surge to a new all time high. "A potential surge to a new high toward the US$70,000 price target in the long-term is still a possibility," he added.

Last Sunday saw Bitcoin's market cap fall below the US$1 trillion threshold as a result of which the currency's dominance ratio sunk under the 50% mark for the first time since January 2018. Not only that, but BTC's average transaction costs have also been soaring in recent weeks.

For example, on April 20, the avg cost of facilitating a transaction on the BTC network rose to US$58, which is just US$4 dollars shy of its all time high average fee of US$62 which was witnessed all the way back in 2017.

As a result of this congestion, cryptocurrency exchanges like OKEx have resorted to integrating the Lightning Network (LN) into their existing operational frameworks so as to reduce tx costs. Not only that, some crypto service providers (such as Square) have raised their minimum Bitcoin withdrawal limit (from 0.0001 BTC 0.001 BTC).