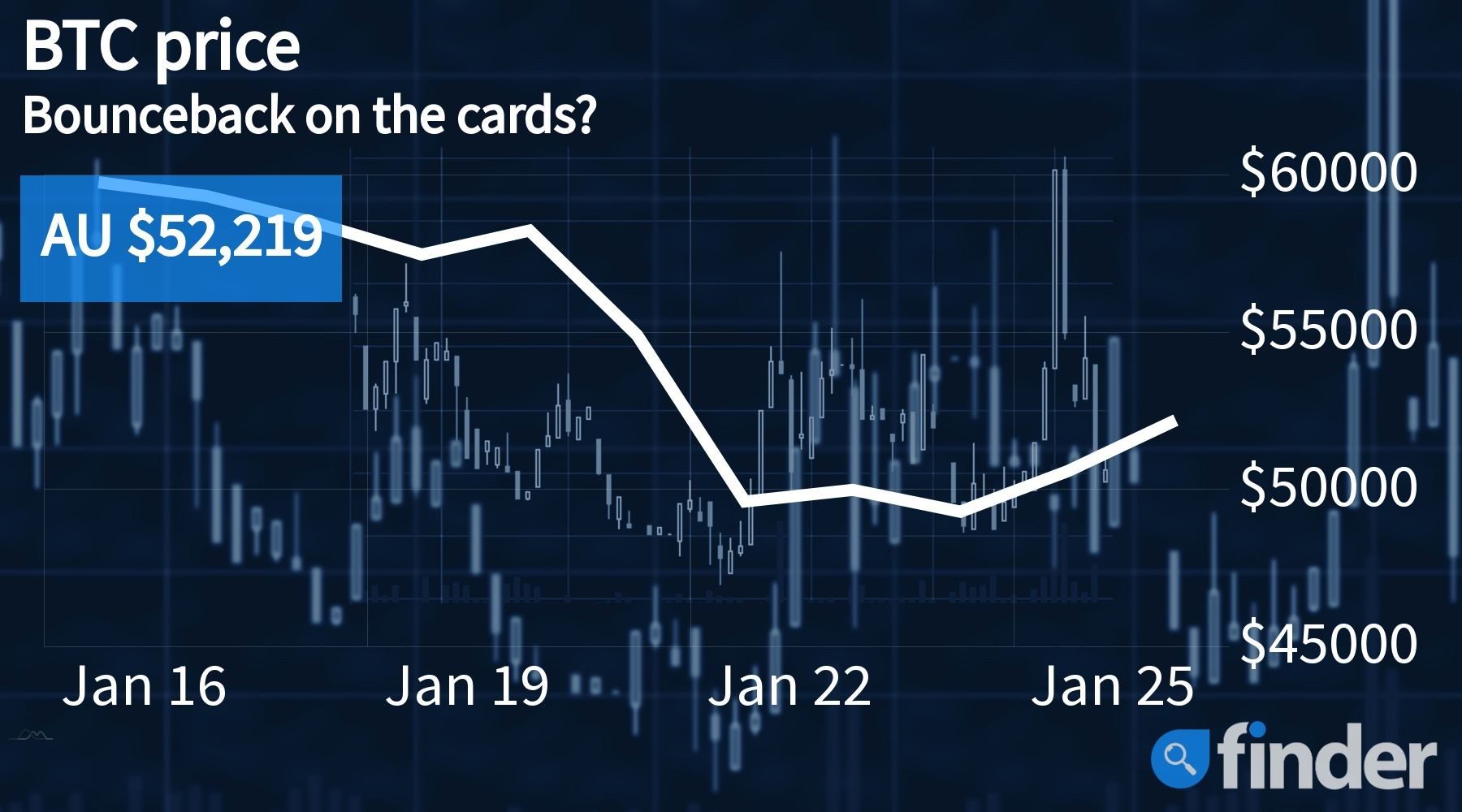 With the Federal Reserve looking to hike interest rates soon, the crypto market may be faced with a high degree of volatility in the near term.

After slipping as low as AUD$46,800 (US$33,500) a little over 48 hours ago, Bitcoin, the world's largest cryptocurrency by market capitalisation, has made a comeback, wiping out its 5-day losses almost overnight. At press time, BTC is trading at a price point of AUD$51,693.

According to crypto data provider Whalemap, if Bitcoin is able to maintain support above its all-important resistance of AUD$47,500 (US$34,000), it may be able to make a significant bounceback in the near future; if not, the currency may slide down to around its next major price support level of AUD$33,500 (US$24,000).

That said, more volatility may be in store for Bitcoin (as well as the crypto market at large) after the Federal Reserve revealed yesterday that it plans on hiking interest rates sometime during the first half of March. The Fed is currently fighting a major battle with inflation after having implemented lax monetary policies since Q1 2020 end, resulting in the US consumer price index rising 7% this past Dec, its highest level since 1982.

Lastly, while the market continues to witness increased turbulence, another solo Bitcoin miner has been able to accrue a block on the Bitcoin blockchain independently, thereby earning a total of 6.25 BTC for his efforts — which works out to over AUD$305k at press time.

After a period of long-term holders (referred to as whales) offloading some of their BTC via various trading platforms – probably to sell or mitigate their recent losses – it now appears that these exchanges are once again beginning to witness larger outflows than inflows. To this point, over the course of Dec 2021, BTC reserves across 20+ major cryptocurrency exchanges saw their BTC outflows increase from 2.396 million to 2.428 million coins.

This outflow also coincides with tangible on-chain demand from a number of major investors. For example, Bitcoin's recent descent to the AUD$46,000 (US$33,000) zone was followed by a number of multi-million-dollar BTC buy-ins. One whale wallet, in particular, has accumulated AUD$1.4 billion (US$1B) worth of BTC, starting from a balance sum of zero over the last month or so.

Amid the ongoing market-wide meltdown, the International Monetary Fund (IMF) has once again urged El Salvador to revert its stance on Bitcoin being considered legal tender within its borders. Again, the finance body noted that continued use of the digital currency as legal money could pose immense risks to the country's long-term financial stability, integrity and consumer protection policies.