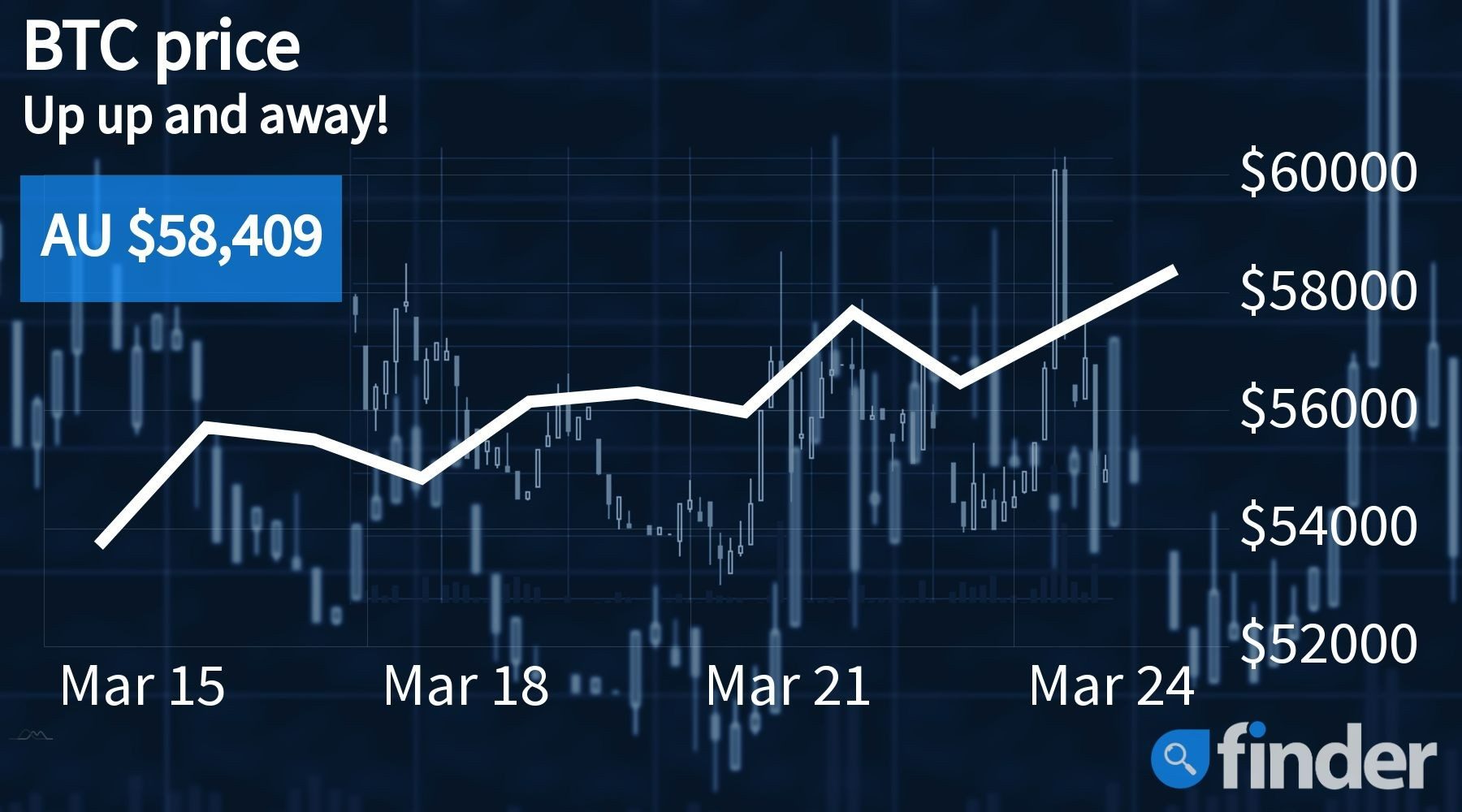 Terra founder Do Kwon plans on investing more than AUD$13 billion of his firm's UST reserves in Bitcoin over the coming few months.

Bitcoin, the world's largest cryptocurrency by total market capitalisation, has been on a tear over the last couple of days, rising above the AUD$58,500 (US$44,000) mark before showcasing a slight correction recently. As a result of its ongoing price climb, the flagship crypto asset has been able to increase its monthly gains to 14.4% while trading at a price point of AUD$58,447.

Many analysts believe that surging inflation rates and incoming interest rate jumps may be responsible for BTC's ongoing ascent. To this point, Minneapolis Federal Reserve president Neel Kashkari was recently quoted as saying that the Fed could process 7 or more quarter-point interest rate hikes over the course of 2022, resulting in investors scampering to find long-term stores of value.

Bitcoin last scaled up to the US$44k mark at the beginning of March and with bulls seemingly in control again, investments have been quick to flow in. For example, Terra, a public blockchain protocol deploying a suite of algorithmic decentralised stablecoins, announced that it plans on investing a mammoth US$10 billion (AUD$13 billion) in Bitcoin from its coffers. It's touted to be worth US$70 billion at the time of writing.

With liquidity entering the Bitcoin ecosystem rapidly, many pundits are quite confident that the coming few days could see the digital asset continue to surge in value, with pseudonymous independent analyst Pentoshi stating that Terra's aforementioned move stands spur mainstream consumer interest in Bitcoin again, adding:

"Those who are short have to cover higher at some point as [BTC's] supply itself dissipates. What is scarce, becomes more so. This clip can bring back the apes, in which (Kwon) is the lord of the Apes."

Bloomberg analysts say that the US Securities and Exchange Commission (SEC) could approve a Bitcoin exchange traded fund (ETF) by mid-2023. To elaborate, Eric Balchunas and James Seyffart believe that a proposed rule change that seeks to put crypto exchanges under the purview of the SEC will serve as the primary catalyst for the move.

The rule amendment stands to alter the existing US Exchange Act by incorporating platforms "that make available for trading any type of security or digital asset" into it. In this regard, the analysts opined: "Once crypto exchanges are compliant, the SEC's primary reason for denying spot Bitcoin ETFs would no longer be valid, likely clearing the way for approval."

The Central American nation of El Salvador is looking to push back the market debut of its highly touted Bitcoin bonds to September 2022. The deal is currently in the works in conjunction with popular cryptocurrency exchange Bitfinex and has reportedly accrued investor interest of around US$1.5 billion.

In all, interested individuals will be vying for a US$1 billion 10-year bond offering. However, the country's president Nayib Bukele recently took to Twitter to reveal that American lawmakers are taking active measures to prevent his country from adopting Bitcoin further.