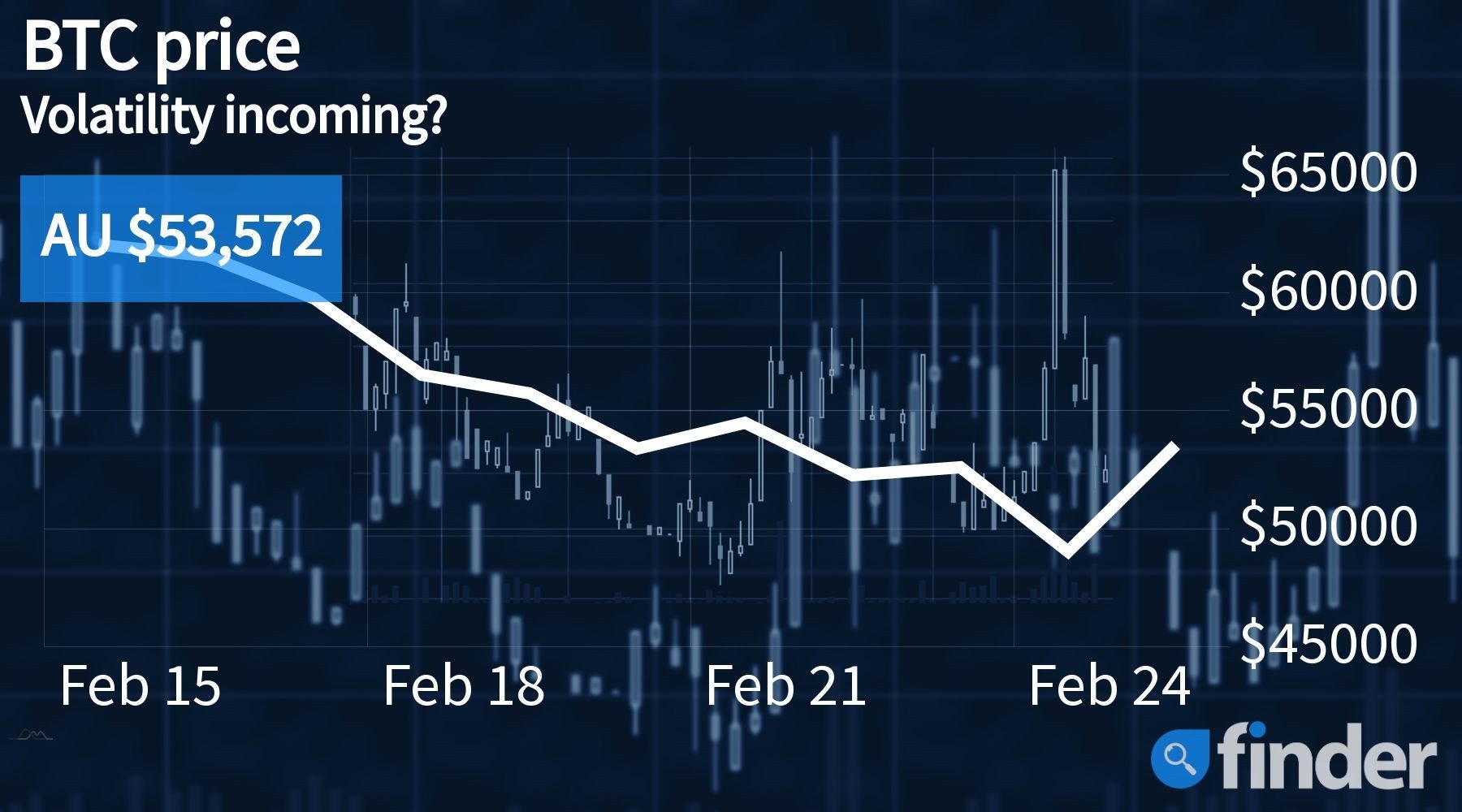 With markets across the globe being faced with massive volatility over the last 24 hours, Bitcoin has held its ground against all odds.

Bitcoin, the world's largest cryptocurrency, has continued to showcase increasing monetary support over the last 48-hour stretch, with the flagship cryptocurrency rising as high as AUD$54,500 after scaling down to a relative low of AUD$48,000. As a result, BTC is exhibiting a 24-hour profit ratio of 3.4% while trading at a price point of AUD$53,463.

It is no secret that financial markets across the board (including cryptocurrency) were on the receiving end of a lot of volatility as a result of Russian forces entering Ukraine yesterday. In fact, the events of 24 February have triggered massive sell-offs amongst most asset classes.

Analysts claim that the recent volatility is totally expected but there is still hope that BTC could scale up to a price point of AUD$55,500 (US$40,000) in the near term. On the matter, independent pseudonymous crypto pundit Pentoshi opined that while Bitcoin's fundamentals are still largely intact, the currency's overriding macro-influencers are quite severe and therefore more adverse price action could be on the cards.

A somewhat contrarian opinion was shared by ExoAlpha CIO David Lifchitz, who believes that while the plunges in BTC's value (as well as other cryptocurrencies) were to be expected, the worst may already be behind us. In this regard, he noted that the flagship cryptocurrency's recent low of AUD$48,000 (US$34,300) represented a local bottom which the currency had been testing for many weeks. He further added:

"The elephant in the room is the Central Banks rate hikes that won't be as tough as they should be to tame inflation, but will be enough to put more pressure on the economy and the stock market. A hard landing of the last 12 years of Central Banks lax monetary policy is in progress, and the Ukraine-Russia may just have been the pin the 'everything bubble' was looking for…"

Following Thursday's crash, a number of naysayers were quick to question Bitcoin's position as a long term store of value (SOV) especially its perceived position as "digital gold". While most experts still support that notion, there were many who said that the narrative will only hold ground as long as whale investors such as Microstrategy continue to back the asset.

On-chain analytics firm CryptoQuant CEO Ki Young Ju took to social media yesterday claiming that "until Michael Saylor decides to sell his Bitcoin holdings", he will continue to give adage to the digital gold narrative. However, Vijay Ayyar, VP of corporate development for cryptocurrency exchange Luno, believes that it is too early for people to start calling Bitcoin a replacement for the yellow precious metal, adding: "Bitcoin is still early in its maturity curve to be firmly placed in the category of 'digital gold'."