Bitcoin’s turbulent price is completely normal according to industry veterans 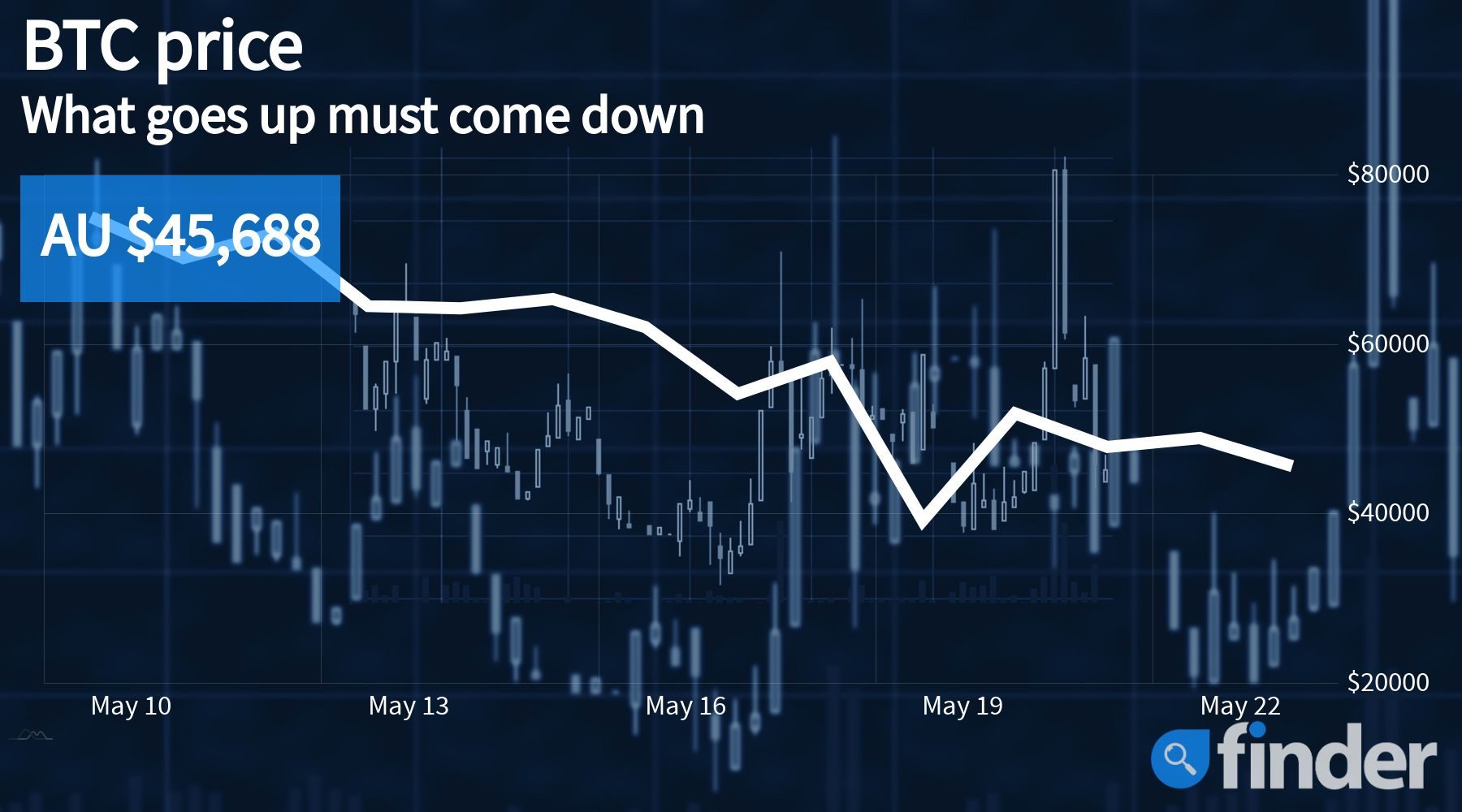 During the past week, the total market capitalisation of the crypto sector shrunk from $2.91 trillion to $1.88 trillion.

After having dipped to as low as $42k over the course of the last 24 hours, Bitcoin seems to have been trying to find some sort of financial stability, currently trading at $45.5k. As a result of its ongoing monetary descent, the flagship cryptocurrency is now showcasing fortnightly losses of just under 40%, a trend that has also been exhibited by many other cryptos in the top 10.

Providing his take on Bitcoin's ongoing price action, Varit Bulakul, president of Investment Banking and Digital Assets at The Brooker Group, told Finder that the current price volatility and speculation that we are witnessing can be characterised as a "short term correction" in an otherwise booming market.

"This sharp dip, brought on by Bitcoin's nosedive, highlights the critical need for asset diversity as well as a well-researched investment portfolio. After a strong bull run, companies and funds that over-leveraged Bitcoin will now have confused shareholders and board members to answer to," Bulakul said.

While BTC's near-term financial outlook may appear to be quite bleak, Bulakul is fairly certain that in the long term, there are enough reasons to be bullish on the future of not just Bitcoin but the industry as a whole.

Similarly, Steve Gregory, CEO of Currency Com US LLC, the US subsidiary of Currency.com, told Finder that the pullback we are seeing now is a sign that the market is in a healthy, mature place and that five other such contractions (of 20% or more) have previously been witnessed back in 2017.

"I was surprised Bitcoin dropped to such low levels in proportional market capitalization; mostly, because it seemed premature. In the near future with the Ethereum upgrades and reduction in gas fees, there is a real possibility of a flippening," Gregory said.

Early last week, Tesla CEO Elon Musk in typical fashion caused an uproar when he came out as being bearish on Bitcoin. In this regard, as soon as the Dogefather announced that his company would no longer by accepting BTC as a form of payment for its various cars via Twitter, the BTC/USD trading pair started witnessing massive liquidations.

Not only that, over the course of the weekend, Musk further criticised Bitcoin's decentralised design, even alluding to the possibility that his company may already be looking to sell off its entire crypto holdings, causing the premier digital asset to be faced with even further bearish action. That being said, soon after currency started on its downward slide, Musk had to clarify that Tesla had, in fact, "not sold any of its Bitcoin".