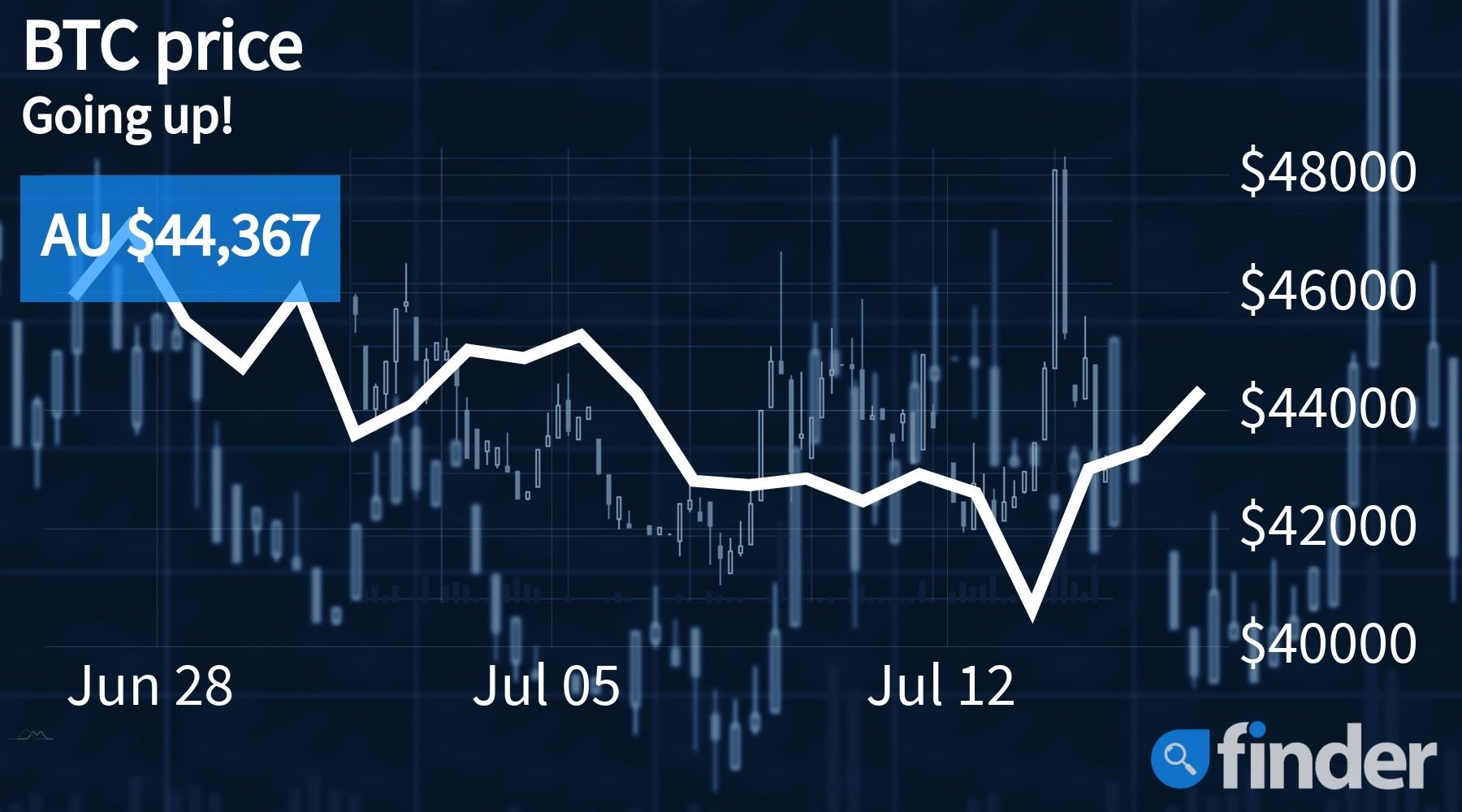 Since July 21, BTC's value has shot up by 8%, leading many to believe that the bear market may be finally subsiding.

After having slipped to a local bottom of AU $40,000 just a couple of days ago, some analysts were predicting Bitcoin to slide down further, potentially as low as AU $17,500. However, in a surprising turn of events, the world's largest cryptocurrency by total market capitalization seems to have picked up a lot of positive monetary momentum over the last 48-odd hours, currently showcasing weekly gains of just under 3%. At press time, Bitcoin is trading at $44,420.

Providing his thoughts on Bitcoin's ongoing price action, Adrian Pollard, CEO of crypto solutions provider bitHolla, told Finder that these sort of swings have become rather typical of the digital currency at this point and should not come as a surprise to anyone, especially those who have been around the market for some time. He went on to add:

"Elon Musk saying bitcoin took too much energy put a chill on the market but before that we had China telling miners to turn off the machines. This led to a cascade of selling that spooked a lot of the newbie investors. In fact, behind the scenes, things are going well for Bitcoin as possible and it's likely that a US Bitcoin ETF is around the corner and this will look like a 'small blip' on the radar from today's prices."

Johannes Schweifer, CEO of CoreLedger, however, prefers to look at things from a wider perspective, telling Finder that as things stand today, Bitcoin is still +50% above its previous all time high of 2017. In his view, this ongoing "price struggle" should be ignored, especially when considering how many times Bitcoin has been written off in the past amidst such volatility. He went on to add:

"One difference this time, though, is that opposition from governments and central bankers has become stronger in the last couple of months. But all governments can do right now is to simply "contain" the technology and Bitcoin. An outright ban on Bitcoin would hurt much of their own financial industry as many players in the fintech sector and even traditional banking sector are now directly or indirectly involved in cryptocurrencies."

Volatility is still a problem

Even as BTC adoption continues to grow gradually, Schweifer believes that most people continue to use Bitcoin as a speculative tool. This, in his opinion, could be a major reason as to why the asset is subject to such an extreme level of daily volatility. "There are other factors to consider as well; inflation and a weakening dollar is one concern, certainly, but not in such short timeframes as we have witnessed over the past few months," he closed out by saying.

That said, according to a new study released by global analytics and advice firm Gallup, the total number of US investors holding Bitcoin has risen by nearly three times over the course of the last 3 years. Not only that, the study also showed that the number of people under the age of 50 investing in Bitcoin has increased fourfold over the same time window.