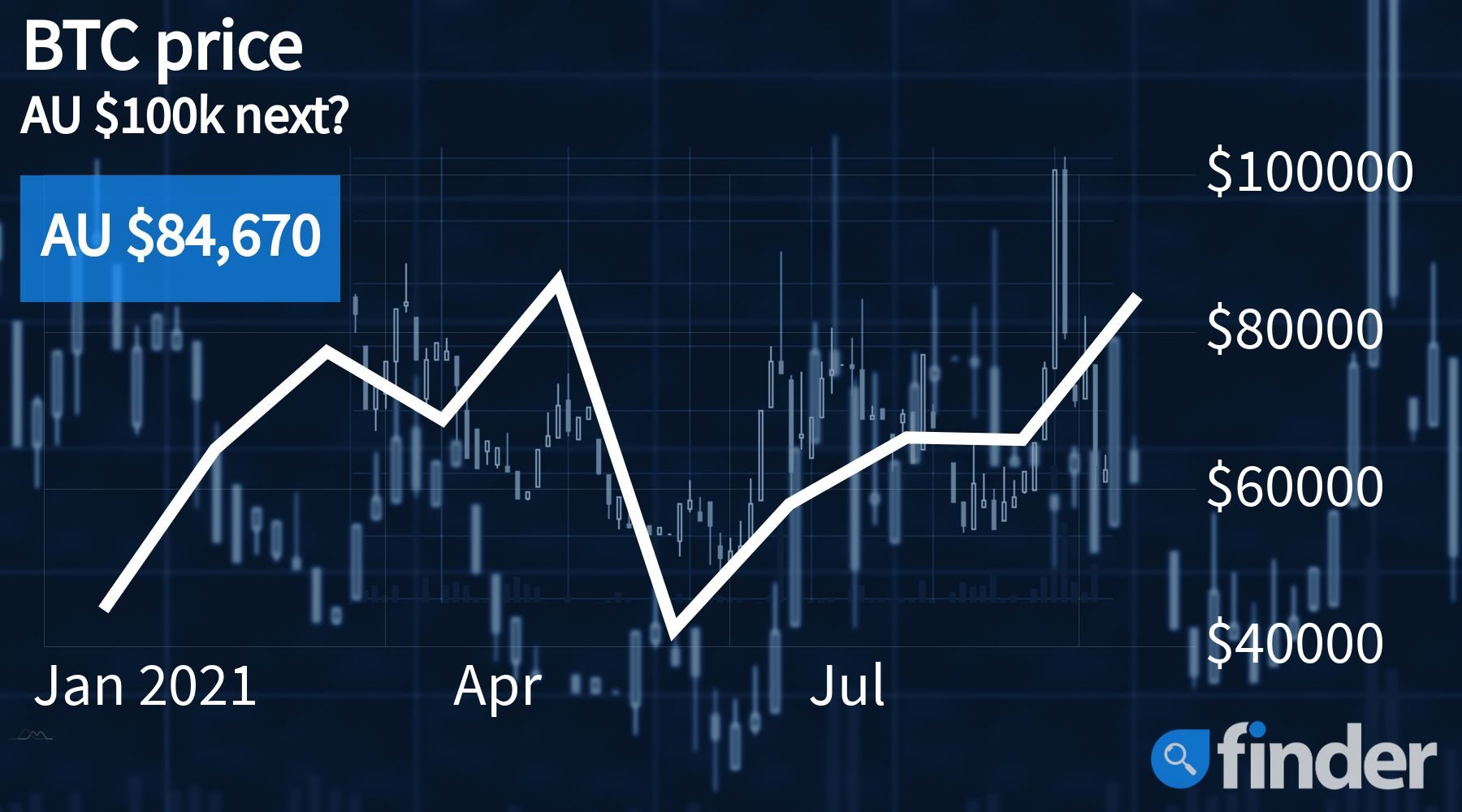 The last 30 days have seen Bitcoin accrue gains of more than 57%.

After hitting a new all-time high of AUD$90,000 (USD$67,626) a little over 24 hours ago, Bitcoin – the world's largest cryptocurrency by total market capitalisation – has proceeded to showcase a slight correction, dropping as low as AUD$83,178 (USD$62,178) before regaining bullish support. At press time, BTC is trading at a price point of AUD$84,849.

Despite the volatility, traders and investors across the globe are fairly confident that BTC will be able to stave off any incoming breath pressure and continue on its path of upward ascent. This confidence stems from the fact that following the launch of ProShares' Bitcoin ETF earlier last week, it now appears as though another similar offering – Valkyrie's Bitcoin futures-based exchange traded fund (ETF) – is also set to make its market debut later today.

To further elaborate on the matter, Valkyrie's above-stated ETF is set to launch on Nasdaq under the ticker BTF after having received the necessary clearances from the United States Securities and Exchange Commission (SEC). On the subject, Leah Wald, CEO of Valkyrie Funds, was quoted as saying:

"This launch is important because it's further affirmation that US regulators want to collaborate with the industry to regulate crypto assets rather than ban them. The more products that come to market, the more awareness they bring and, hopefully, more adoption."

One of the world's leading retail giants, Walmart, has started allowing its customers to buy Bitcoin in dozens of its stores across the United States. In this regard, shoppers are now being given the opportunity to purchase the flagship crypto at the various Coinstar machines situated inside the retailer's big box stores.

On a more technical note, a spokesperson for Walmart noted that as part of the company's crypto pilot program, 200 Coinstar kiosks have been placed inside Walmart stores across America. "Coinstar, in partnership with Coinme, has launched a pilot that allows its customers to use cash to purchase Bitcoin," the representative revealed.

Looking ahead, David Lifchitz, CIO at ExoAlpha, believes that there are a number of different scenarios that could play out for Bitcoin. Firstly, he believes that the ongoing uptrend could see the digital currency scale up to a price point of USD$80,000 in the near term. Alternatively, he opined that the currency could also experience a mild pullback down to USD$58,000, or even USD$53,000, before rising "higher toward USD$80,000 and above". Therefore, it will be interesting to see how the future of the currency plays out over the course of the next couple of months.