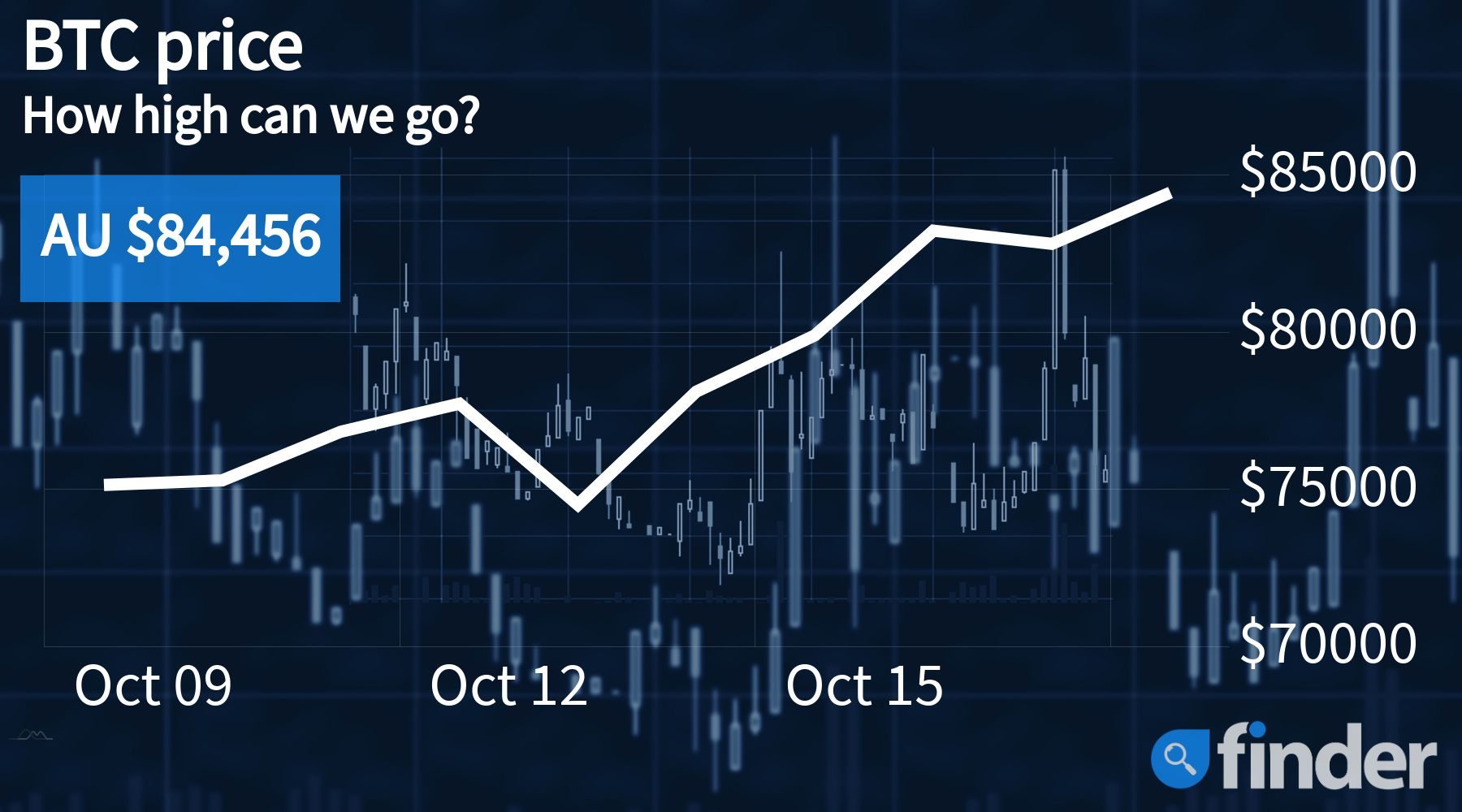 After slipping close to the AUD$79,500 (US$59,000) mark yesterday, Bitcoin, the world's largest cryptocurrency by total market capitalisation, has continued on its path of upward ascent, with the digital asset rising as high as AUD$85,000 (US$63,000) before showcasing a slight correction. At press time, BTC is trading for AUD$83,997.

This latest rise comes close on the heels of the United States Securities and Exchange Commission (SEC) giving a regulatory green light to a Bitcoin ETF application submitted by ProShares, something that the government body had failed to do so for nearly a year despite some big-name players, including VanEck, BlackRock and Galaxy, having applied for the same.

ProShares' offering is all set to be listed on the New York Stock Exchange's Arca under the ticker symbol BITO with 95 basis points. It should be pointed out that an ETF is essentially a basket of securities and shares that helps bring together many of the benefits offered by traditional assets such as stocks, mutual funds or bonds. Much like their stock counterparts, ETFs can also be traded on a daily basis, with their price subject to daily supply and demand swings.

It is expected that as more BTC ETFs continue to make their way into the market, the price of Bitcoin could continue to rise further, potentially even smashing the US$100k barrier before the close of 2021.

Jack Dorsey is looking to establish an open-source mining ecosystem

According to numerous reports, American financial service provider Square, led by Twitter CEO and perennial Bitcoin bull Jack Dorsey, is all set to start investigating the technical requirements associated with the building of an open-source Bitcoin mining system. On the matter, Dorsey was quoted as saying:

"Square is considering building a Bitcoin mining system based on custom silicon and open source for individuals and businesses worldwide. The more decentralised this is, the more resilient the Bitcoin network becomes."

By further decentralising the Bitcoin network, the team over at Square believes that the overall security of the digital asset can be greatly improved. Lastly, it is also worth noting that earlier this year, Twitter announced the launch of a "Tipping Jar" feature that allows users to pay their favourite content creators using digital currencies.

More bullish action incoming or is it?

As investors across the globe gear up for more upward price action over the coming few weeks, there are those who believe that a big crash may be on the books. BTC has tended to crash by over 80% after registering strong gains in the past; however, as per a recent study released by California-based hedge fund Pantera Capital, that might not be the case this time around. "As the market becomes broader, more valuable, and more institutional, the amplitude of price swings will moderate," CEO Dan Morehead noted.