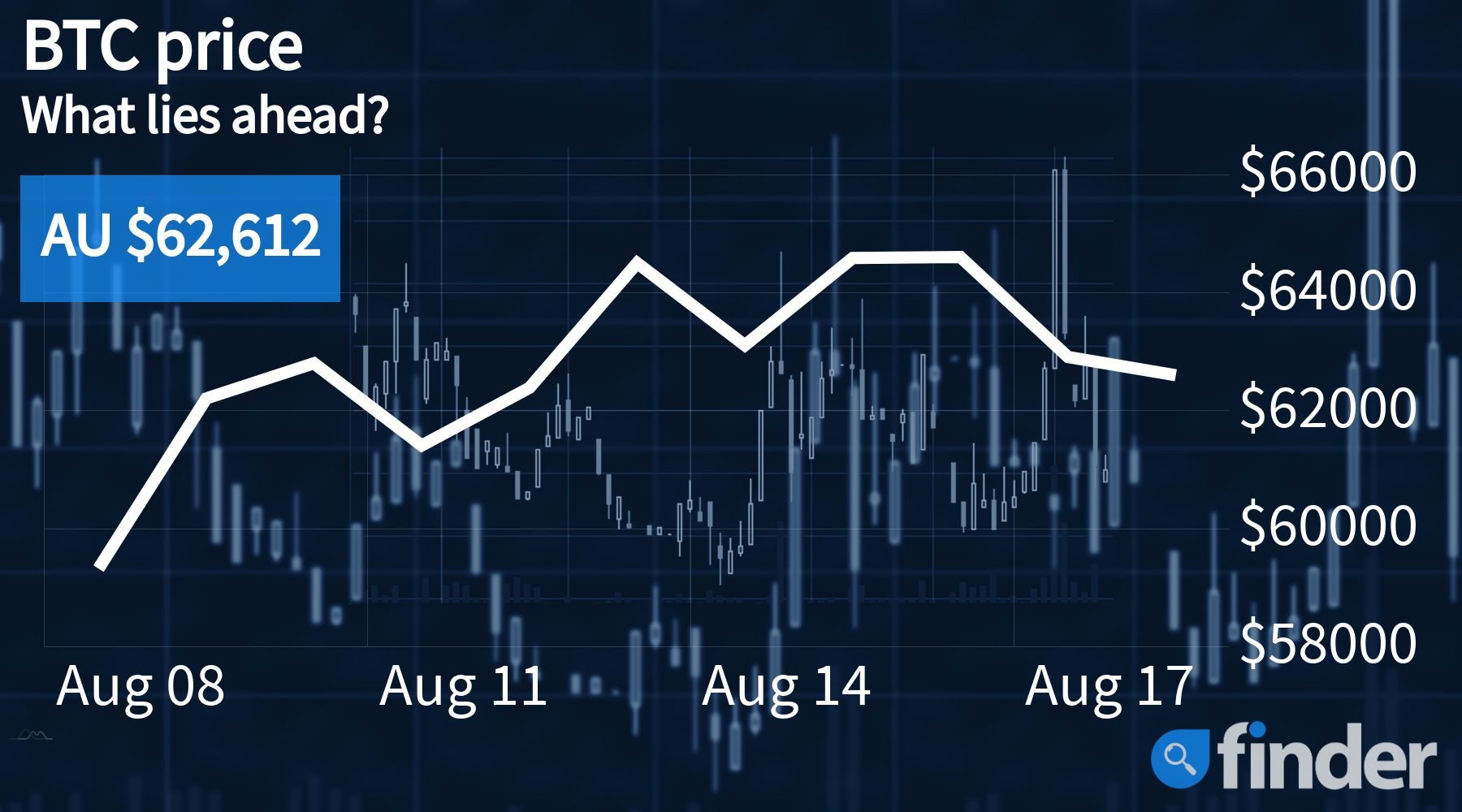 Despite its recent volatility, BTC's monthly gains still stand in excess of 40%.

After scaling up to the AUD$65,000 resistance over the last 24 hours, Bitcoin, the world's largest cryptocurrency by market capitalisation, proceeded to correct sharply, falling as low as $61,000 only to rise once again. At press time, BTC is trading at $61,900.

To gain a better sense of what the future might have in store for Bitcoin, independent trader and analyst Michaël van de Poppe opined:

"If we clearly break through there, that is probably going to trigger a big short squeeze, as everybody's looking for a short in this area. It reminds me of the $6,000 zone that we had with Bitcoin. If Bitcoin is going to break through this level, I think we're going to have a squeeze all the way up to $55,000 – $56,000, the next level that we have here."

A similar outlook is shared by Twitter cryptocurrency analyst Rekt Capital, who believes that despite BTC failing to break out from its current monetary stalemate, the asset's technical uptrend indicators have remained intact.

As part of a recent conference that saw a number of economists, macro analysts and investors come together to discuss the future of Bitcoin, Bloomberg Intelligence's Mike McGloned stated that the recent digitization spurt witnessed all over the planet has helped BTC gain a lot of ground against gold, even going as far as suggesting that the cryptocurrency may replace the precious metal soon.

One of the world's leading credit rating firms Fitch Ratings recently warned El Salvador about the potential dangers of adopting Bitcoin as legal tender, stating that the move could result in the country being faced with a wide array of systemic risks, adding: "Additional holdings of high-risk assets will only compound this issue."

Not only that, Fitch's research team also stated that owing to El-Salvador's lack of clarity surrounding BTC (as well the currency's high volatility levels), there is a chance that the country could be actively exposing its citizens to a number of operational risks associated with this fast evolving space.