Bitcoin price collapses after months of excessive growth — is Elon Musk to blame? 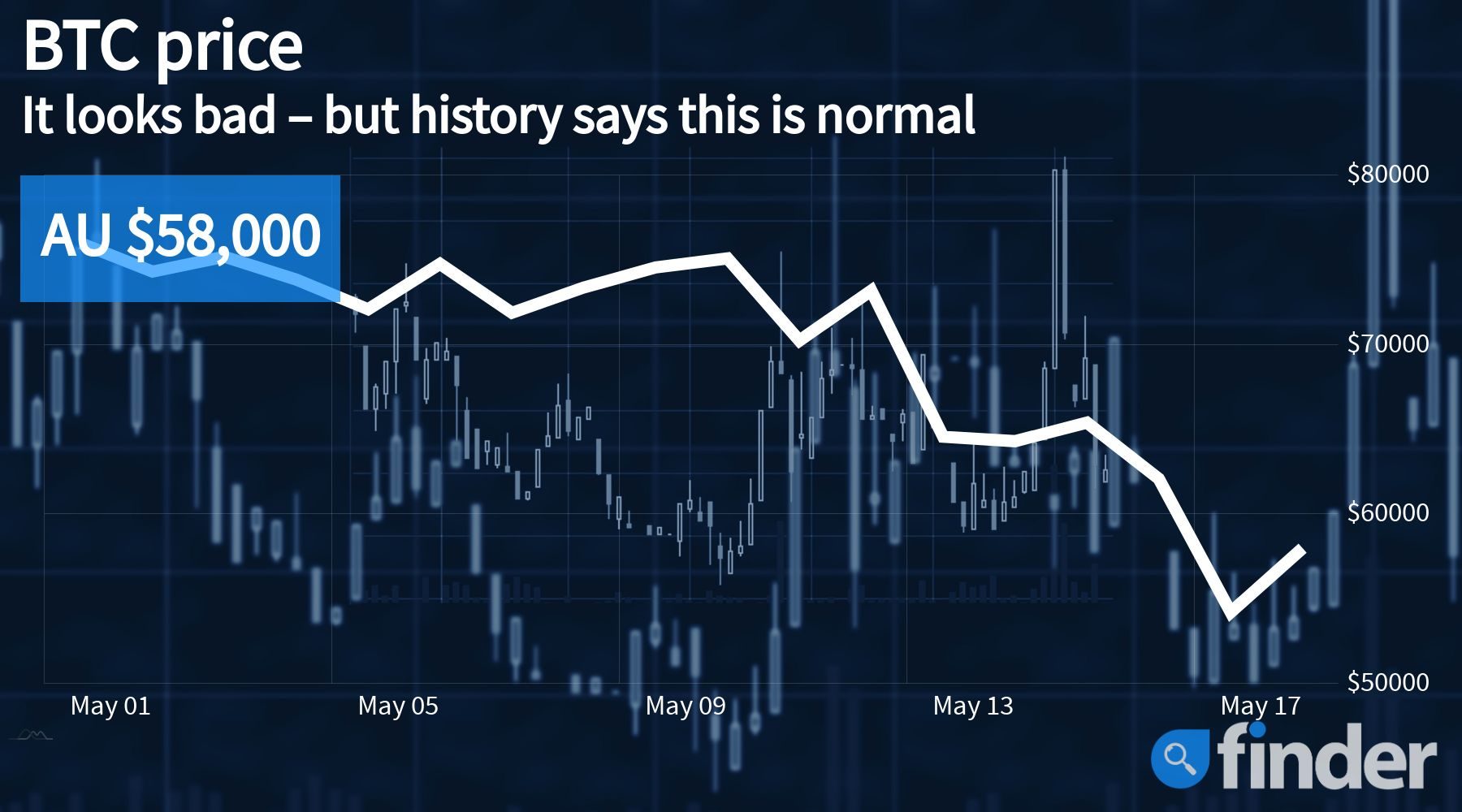 The entire Bitcoin community seems to be up in arms against Tesla CEO Elon Musk after he indirectly implied yesterday that his company may be looking to sell off its BTC holdings by the end of Q3 2021. To elaborate on the point, one can see that the development came soon after a Twitter crypto analyst named Mr. Whale suggested that within the next 5 odd months Tesla's crypto coffers would be completely empty, to which Musk replied in the affirmative.

As a result of the development, Bitcoin was faced an insane amount of bearish momentum, with the flagship currency sliding from a price point of around AU $63,000 to under AU $55.5k within a matter of hours. Not only that, ever since Musk released a statement late last week stating that his company would no longer be accepting BTC as a payment medium for its cars, BTC has continued to dip, showcasing a weekly loss ratio of around 20%. At press time, a single token is trading at AU $58,000.

Providing his thoughts on the matter, Danyaal Rashid, an analyst for GlobalData, a financial data and analytics provider, opined that even though Musk's flip-flopping statements have made for good drama and entertainment, the consequences of such unplanned verbiage can have real, long term consequences, adding:

"For a man who truly believes in the future of currencies being digital and decentralized, he is doing a poor job of selling it. Whatever Elon's view on crypto, one centralized figure exercising so much control completely contrives the idea of 'decentralized finance'. This is negative for price stability and will likely hinder the adoption of cryptocurrencies into the mainstream, especially in payments."

Where does Bitcoin go from here?

To gain a better overview of what lies in store for Bitcoin, Adrian Przelozny, CEO and co-founder of cryptocurrency exchange Independent Reserve, told Finder that Bitcoin's price has been above the 200-day moving average since May 2020, which by any definition can be viewed as an "extraordinary bull run".

In his view, the currency pullback would have happened eventually irrespective of Elon Musk's comments, the recent Tether scandal, or any other news. Not only that, Przelonzny believes this consolidation has provided the market with an opportune time to take a breather and get ready for its next bull run. He closed out by saying:

"While Bitcoin is down 20% this week, it is still up 51% year to date. I believe our customers can recognize a bargain when they see one, as we've been seeing tremendous volume on our exchange."