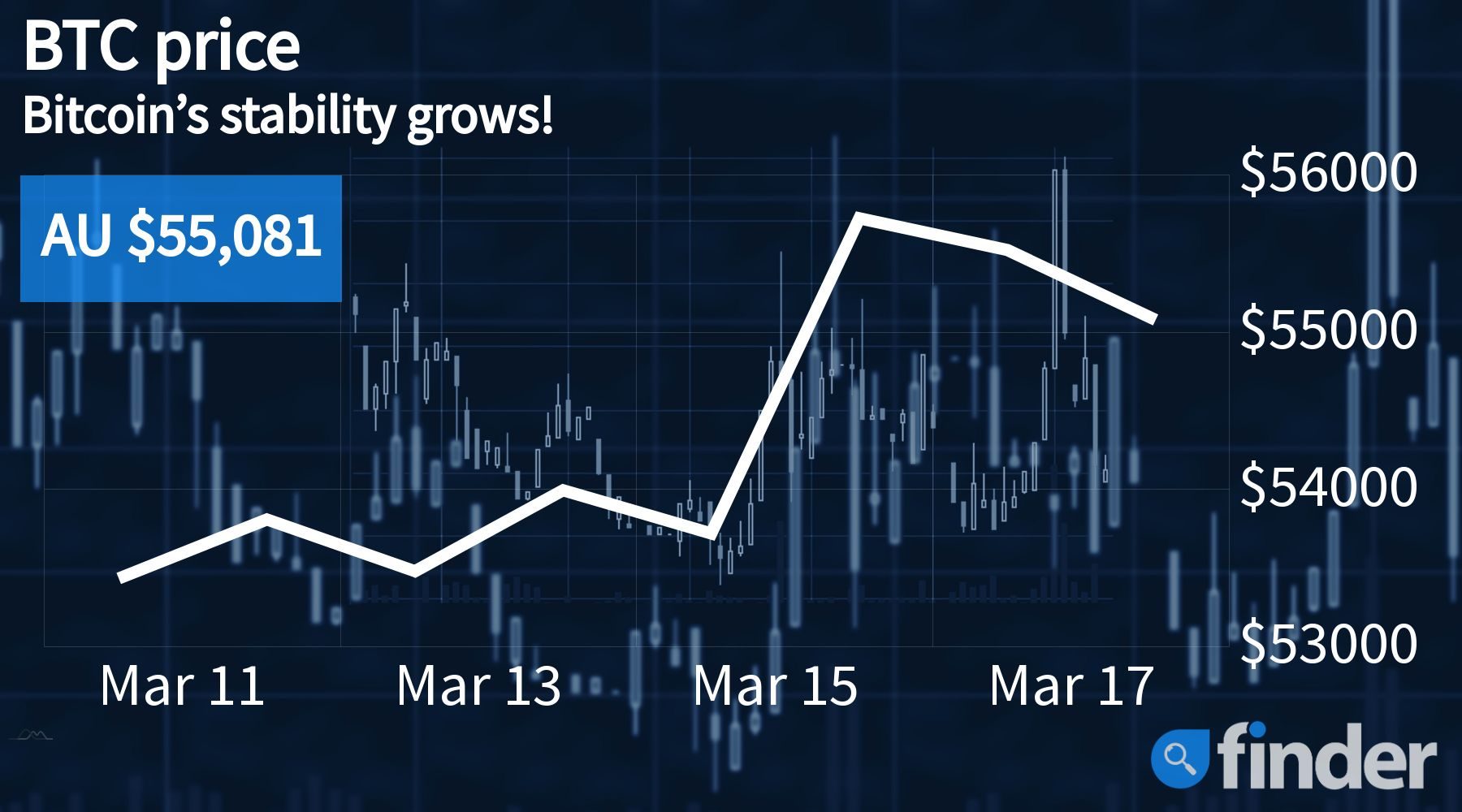 The last 48 hours have seen Bitcoin, the world's largest cryptocurrency by total market capitalisation, continue to float above the all-important AUD$54,000 (US$40,000) psychological threshold, taking the digital asset's weekly gains to around 3%. At press time, BTC is trading at a price point of AUD$54,899.

In terms of where Bitcoin may be headed, Bloomberg Intelligence's senior commodity strategist Mike McGlone is of the view that growing inflation — which currently stands at a near 50-year high — will allow the digital currency to continue maturing as an asset class, going as far as saying that it could eventually beat gold in terms of annualised returns. He added:

"Facing the #FederalReserve, inflation and war, 2022 may be primed for risk-asset reversion and mark another milestone in Bitcoin's maturation. It's unlikely for Bitcoin to stop outperforming gold, stock market amid bumps in the road as the FED attempts another rate-hike cycle."

Arthur Hayes, the former CEO of BitMEX who recently pleaded guilty to violating the US Bank Secrecy Act (BSA) in federal court for allowing the trading platform to operate with poor anti-money laundering (AML) protocols, believes that the coming few months could see global financial markets continue to be faced a lot of turmoil, especially as the Ukraine-Russia war continues to add to the existing inflationary pressure.

He further highlighted that the freezing of the Russian Central Bank's assets has been quite symbolic of what lies ahead, adding that by removing the "world's largest energy producer" from the global economic stage, there are bound to be some "unimagined and unintended consequences". When asked about Bitcoin, Hayes said:

Finally, he noted that the coming months may see BTC and gold continue to become increasingly bigger stores of value, especially as the US dollar and the Euro continue to depreciate in value. To put things into perspective, since 2000, the purchasing power of USD has depreciated by a whopping 68%.

The Reserve Bank of India (RBI), India's central banking institution, recently published a circular taking aim at the digital asset industry yet again. In its report, researchers noted that while distributed ledger technology (DLT) associated with crypto is quite useful, Bitcoin and other "private currencies" stand to induce a high degree of instability within the Indian economic landscape. The report further read:

"Historically, private currencies have resulted in instability and, therefore, have evolved into fiat currencies over centuries. The retrograde step back to private currencies cannot be taken simply because technology allows it... without any consideration for the dislocation it causes to the legal, social and economic fabric of society."

As part of India's annual budget presentation earlier this year, the country's finance minister Nirmala Sitharaman stated that instead of banning cryptocurrencies, her team would be levying a flat 30% tax on profits realised via the trade of digital currencies.