Bitcoin price falls by 9.5% and no-one seems to care: Are the days of panic over? 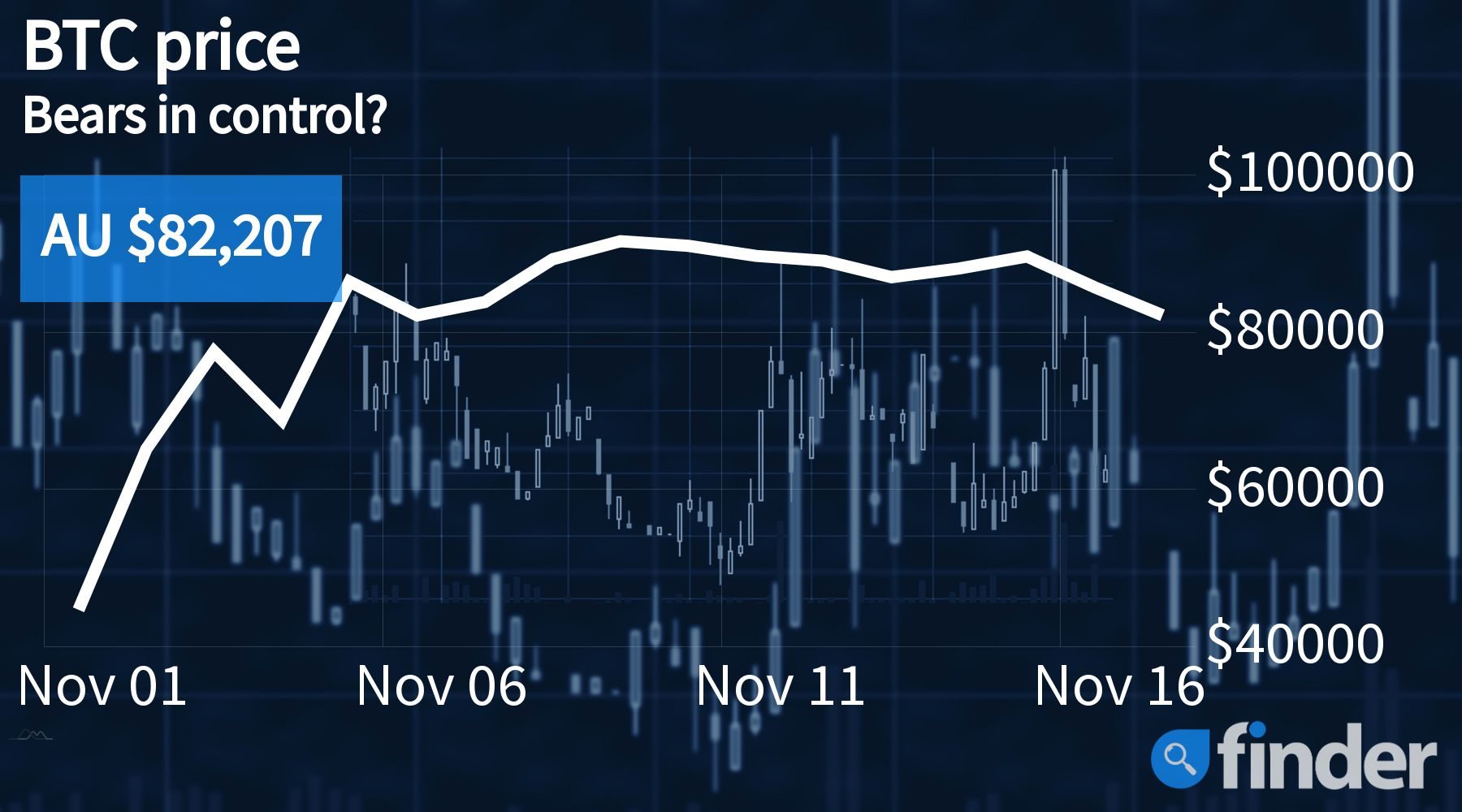 The last 48 hours have been extremely tumultuous for the crypto market, with Bitcoin, the world's largest cryptocurrency by total market capitalisation, being on the receiving end of a lot of volatility, slipping from a relative high of AUD$90,000 to under AUD$82,500. At press time, BTC is trading for AUD$81,427.

There are many analysts who do not seem to be fazed by Bitcoin's ongoing financial freefall, claiming that as long as the flagship crypto is able to maintain its value around the AUD$80K–$81.5K (US$58K–$59.5K) range, a scenario reversal could be witnessed. In fact, pseudonymous Twitter crypto pundit Rekt Capital believes that if BTC holds on to its AUD$83.5K (US$61K) support, we could be in for another major bull run in the near term.

A somewhat different opinion is shared by independent trader and analyst Michaël van de Poppe, who is of the view that the coming few days and weeks could see Bitcoin slipping as low as AUD$74,000 (US$54,000) only for it to bounce back and accrue support around the AUD$86,500 (US$63,000) mark.

Another interesting development worth noting is that this current turmoil comes amidst news of VanEck's Bitcoin Strategy ETF (XBTF) making its market debut a little over 24 hours ago. The offering opened with a decent trade volume of around US$4.6 million. However, this figure is just a fraction of the first-day trading volume of US$1 billion that ProShares' Bitcoin Strategy (BITO) ETF witnessed last month.

XBFT's low trading volume could have potentially been spurred by the United States SEC's rejection of VanEck's spot Bitcoin ETF application earlier this week, which if allowed would have enabled investors to gain exposure to the "current price" of Bitcoin without them having to hold the flagship crypto.

Tether Holdings, the stablecoin issuer behind the widely popular USDT token, announced recently that it had launched a new company called Synonym Software Ltd. which seeks to help bring Bitcoin transactions into the mainstream, primarily through the use of an upcoming financial platform that makes use of the Lightning Network (LN). On the subject, company CEO John Carvalho noted:

"Hyper-Bitcoin-ization won't magically happen on its own. In order to live in a world without big banks, oppressive regulations, or Big Tech presiding over our lives, we need a strategy and ecosystem to replace the legacy economy. That is where Synonym comes in."

Thus, in light of BTC's recently concluded Taproot upgrade which makes the currency more transactionally functional, it will be interesting to see how the asset's future plays out, at least adoption-wise.