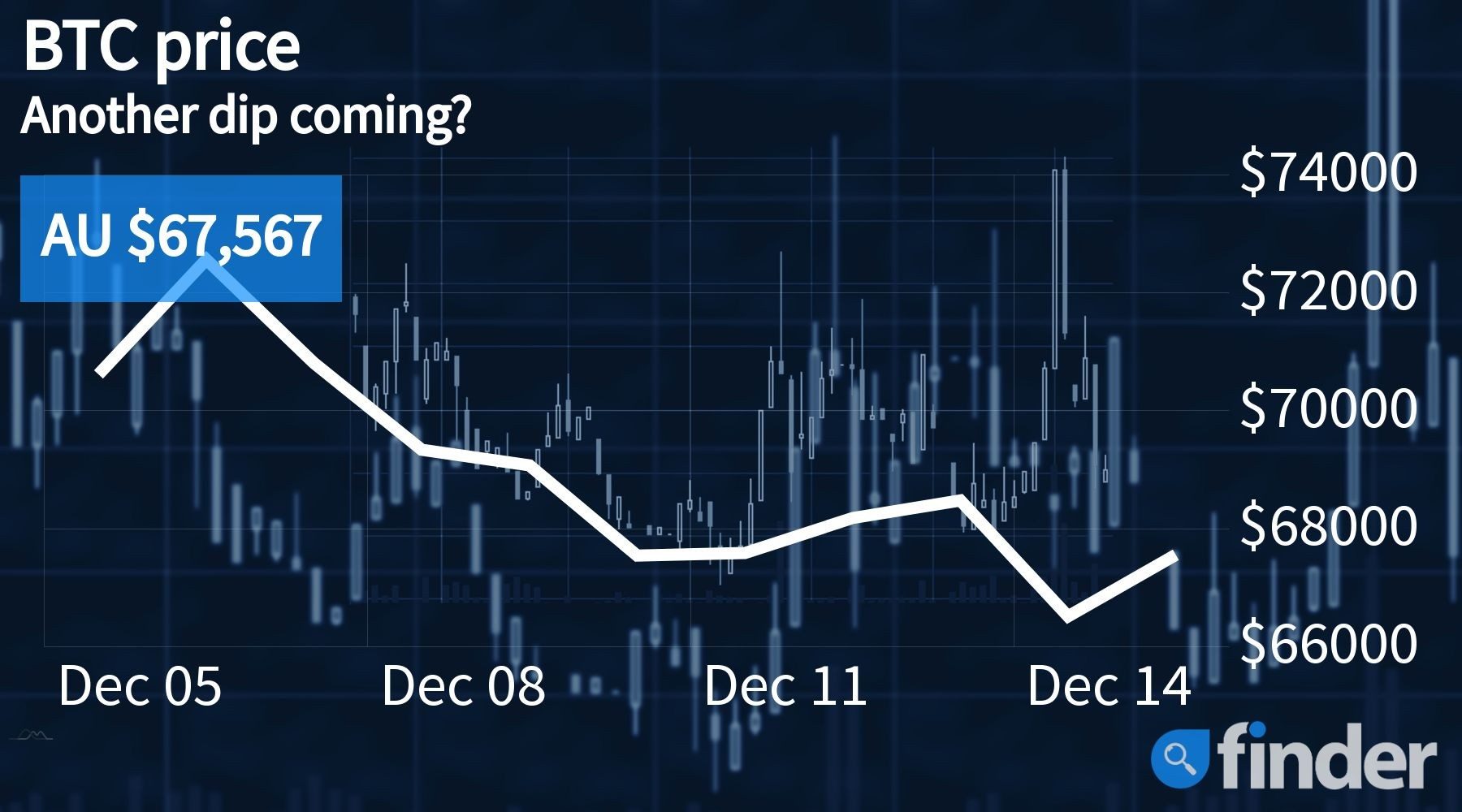 Analysts believe BTC will most likely not dip below the AU$64,000 range, with positive movement likely on the cards now.

Volatility seems to be the order of the day, with Bitcoin, the largest cryptocurrency by total market capitalisation, continuing to fluctuate between a price range of AU$65,000–$68,000 over the last 24 hours. As a result, the flagship crypto is currently exhibiting weekly losses of 5%. At press time, BTC is trading at a price point of AU$67,712.

On 13 December, Bitcoin lost a key support level of AU$66,000 with the market at large witnessing a major dip, taking the total capitalisation of the sector to under the AU$3.2 trillion range. In fact, most prominent altcoins also dropped by as much as 25% on the day, leading analysts to speculate that the price drops were largely linked to the upcoming Federal Open Market Committee (FOMC) meeting.

It is expected that when the Federal Reserve convenes for its aforementioned meeting, it will look to start tapering its ongoing stimulus packages – that is, reduce its bond repurchasing program. As a result of the uncertainty, Bitcoin was able to outperform the altcoin market at large, which had been doing well against the premier digital asset all through October and November.

According to on-chain data analysis firm Whalemap, the coming few days could potentially see Bitcoin testing another one of its key support levels – i.e. US $40,000 – allowing for even greater buying opportunity for long term investors. A spokesperson for the firm was quoted as saying: "Basically, if we start closing daily candles below the support outlined above, we will probably go to a lower one. The closest below us is around US$40,000."

Block to allow BTC gifting via its app

Prominent payments firm Block, previously referred to as Square, revealed earlier this week that it was set to allow users of its famous Cash App to gift family and friends BTC (along with other prominent crypto assets) as part of the ongoing festive season. A tweet from the firm read that as of 14 December, users could send as little as US$1 in crypto.

The firm – which is estimated to have more than 40 million active users – is one of the many firms including PayPal and Coinbase to allow its clients to send crypto gifts. Not only that, a couple of weeks ago, Fintech provider Unbanked revealed that it too was going to enable crypto donations for a program called Toys for Tots which is run by the US Marine Corps.

Things looking up for Bitcoin?

Despite Bitcoin – as well as the market at large – taking a massive hit a couple of days back, derivatives data seems to suggest that AU$64,000 (US$46,000) may be where BTC finally bottoms out, following which it will start to rise once again. Therefore, it will be interesting to see how the future of the cryptocurrency continues to play out from here on out, especially as many experts were projecting the asset to scale up to a price target of around US$100K by the end of 2021.