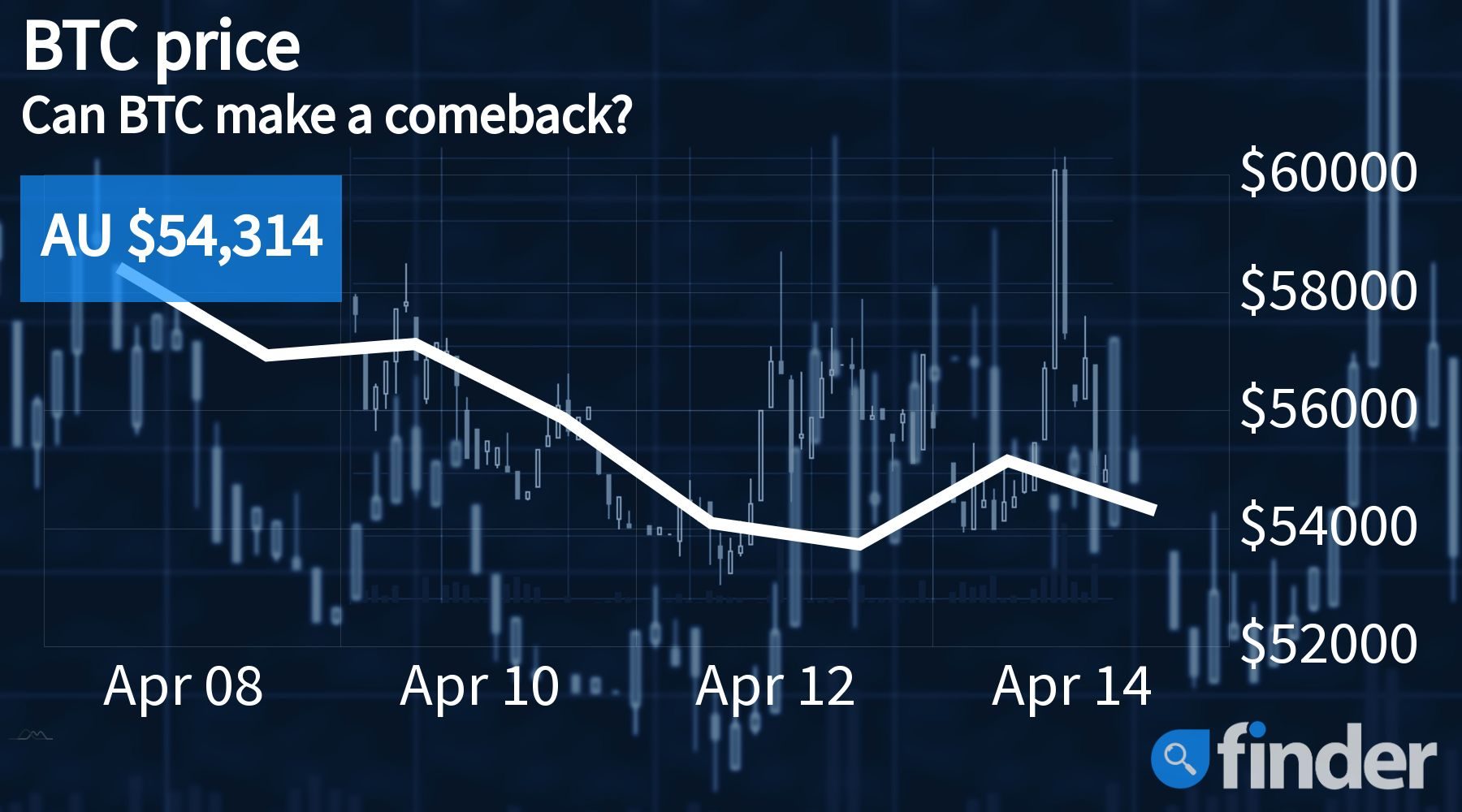 BTC's failure to break past the AUD$63K resistance barrier cleanly has resulted in the asset incurring repeated losses over the past week.

Bitcoin, the world's largest cryptocurrency by total market capitalisation, continues to be on the receiving end of extreme volatility over the last couple of weeks. As a result, the flagship crypto's monthly profit/loss ratio currently stands at just +1.6% while trading at AUD$54,000.

In terms of what lies ahead for the digital asset, many analysts believe that Bitcoin failing to break past the AUD$62K (US$47K) resistance has resulted in the currency now being firmly in the grips of bears. To this point, experts noted that if Bitcoin is not able to find fresh support above AUD$56.5K (US$42K), it may not be able to reverse its ongoing volatility trend. Prominent cryptocurrency pundit Michaël van de Poppe stated:

"Bitcoin is in a pretty standard playing field here. Looking at the US$42,000 barrier to break first, that would be a trend break. Otherwise, the US$40,000 zone is the area where I'd want to check for longs."

As far as the currency's mid-to-long-term prospects go, prominent pseudonymous analyst On-Chain stated that in terms of Bitcoin's percentage of supply held in profit, the metric had already bounced off the ~62.5% level 3 times this year, suggesting that there is a lot of "sell pressure" on the asset.

The above-stated price action has resulted in the total market cap of the digital asset sector correcting and pulling back to AUD$2.63 trillion with Bitcoin's dominance rate standing at 40.9%.

MicroStrategy to continue with its aggressive BTC accrual efforts

As part of a recently released statement by MicroStrategy to its shareholders, CEO Michael Saylor revealed that the coming few months will see his firm aggressively pursue more BTC acquisitions. At press time, MicroStrategy currently owns the single largest BTC wallet in the world, with the firm in possession of 129,218 BTC valued at more than US$5+ billion.

The only other publicly traded firm that comes somewhat close to this figure is Elon Musk-led Tesla, which owns a total of 43,200 BTC estimated to be worth US$1.7 billion.

Bitcoin 2022 Miami comes to a close

The Bitcoin 2022 conference, touted to be the world's largest BTC-centric event, recently came to a close, with local media outlets reporting that the event was able to draw a crowd of more than 30,000 attendees from all over the globe. As part of the proceedings, the conference saw a wide array of topics coming to the forefront, with discussions ranging from Bitcoin's utility as a hedge, to institutional adoption and pretty much everything else in between.