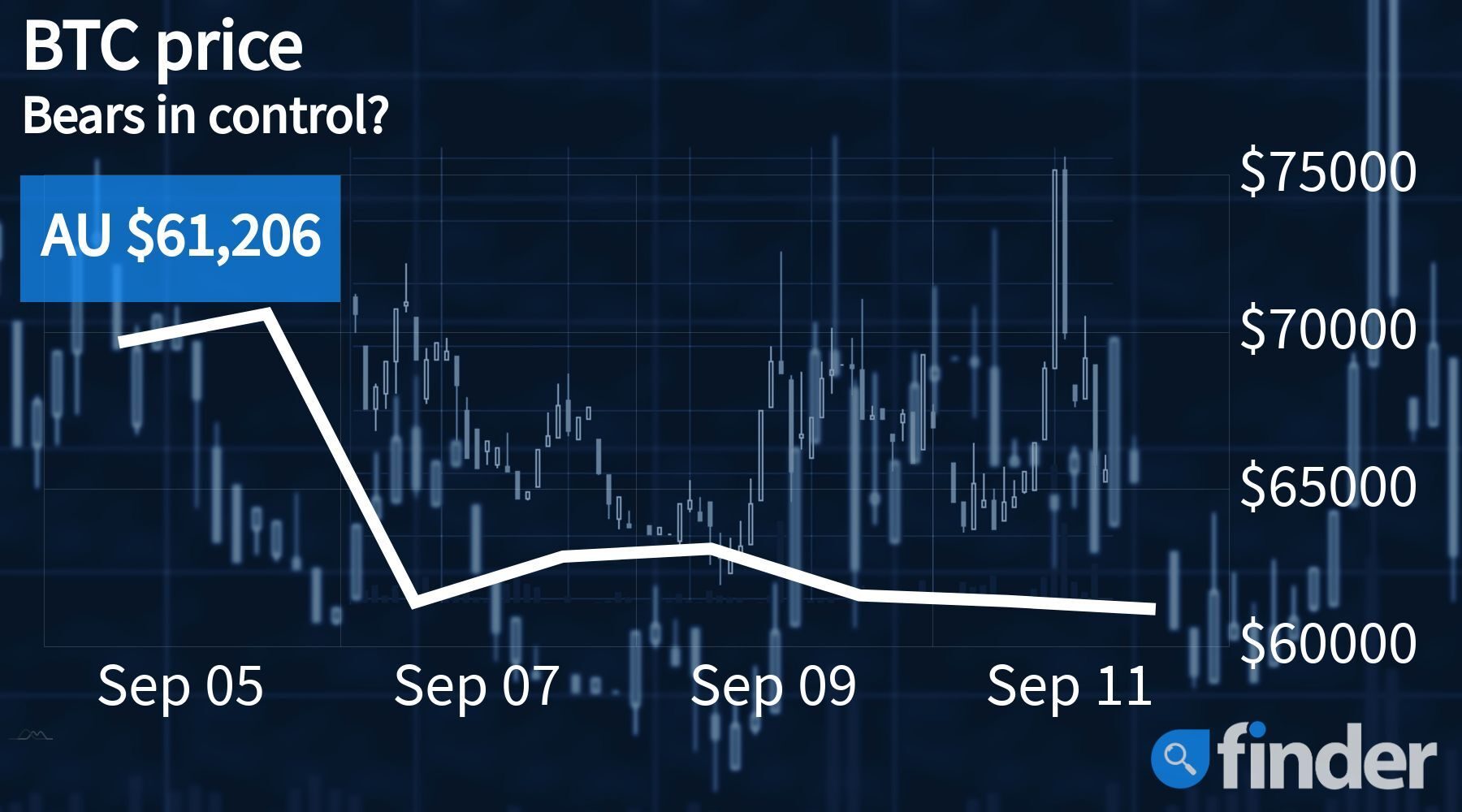 Following its most recent bull run, Bitcoin is now exhibiting 30-day losses of 5.4%.

After having scaled up to AUD$72,000 just under a week ago, Bitcoin, the world's largest cryptocurrency by total market capitalisation, has been on the receiving end of a lot of bearish momentum, with current fortnightly losses of -12.7%. At press time, BTC is trading at AUD$61,300.

In spite of the above-stated market confusion, Bitcoin miners were able to produce the currency's 700,000th official block on 11 September, marking a major milestone for a project that has been declared dead over 400 times since its inception more than a decade ago. As a quick recap, it is worth recalling that when BTC achieved its last 100,000-block milestone, the asset was trading at under AUD$11,000, and at press time, one BTC is now worth over $61,300.

On a technical note, it's interesting that Bitcoin's total mined supply stands at 18,812,806 coins, which works out to 89.5% of all BTC that will ever be minted. New blocks are produced every 10 minutes, though this difficulty period is adjusted every couple of weeks. At the pace that BTC blocks are being produced at the moment, the last BTC to enter into circulation will be around 2140.

Following El-Salvador's official adoption of Bitcoin as legal tender, Fidelity Investment director Jurrien Timmer went on the record to state that the currency's ongoing adoption is a "coming of age for the asset, akin to gold back in the 60s".

In fact, a number of major global food and beverage brands such as McDonald's, Starbucks and Pizza Hut are now accepting BTC as payment for their various products across El-Salvador, clearly showcasing a plethora of real-world use cases for digital assets in general.

Even Cardano founder Charles Hoskinson is convinced that El-Salvador's aforementioned move will pave the way for many other countries to follow suit in the near future, an opinion that was echoed by famous US whistleblower Edward Snowden who is of the view that the move will put a lot of pressure on competing nations to bolster their Bitcoin reserves even if only for "reserve asset" purposes.

After the People's Republic of China decided to ban all Bitcoin mining-related activities within its borders earlier this year, the currency's hash rate proceeded to drop by nearly 55%, forcing many network participants to shut down permanently. That said, less than 6 months after the aforementioned ban, it appears as though miners have found greener pastures, as is made evident by Bitcoin's recovering hash rate.

Fei Cao, CEO of Huobi Pool, is of the opinion that the industry is currently in a phase of total transformation. "Outdated mining machines in the industry have been retired, but at the same time, more advanced new mining machines will be introduced to the market to make up for the lost [BTC] supply," he told a prominent media publication recently.