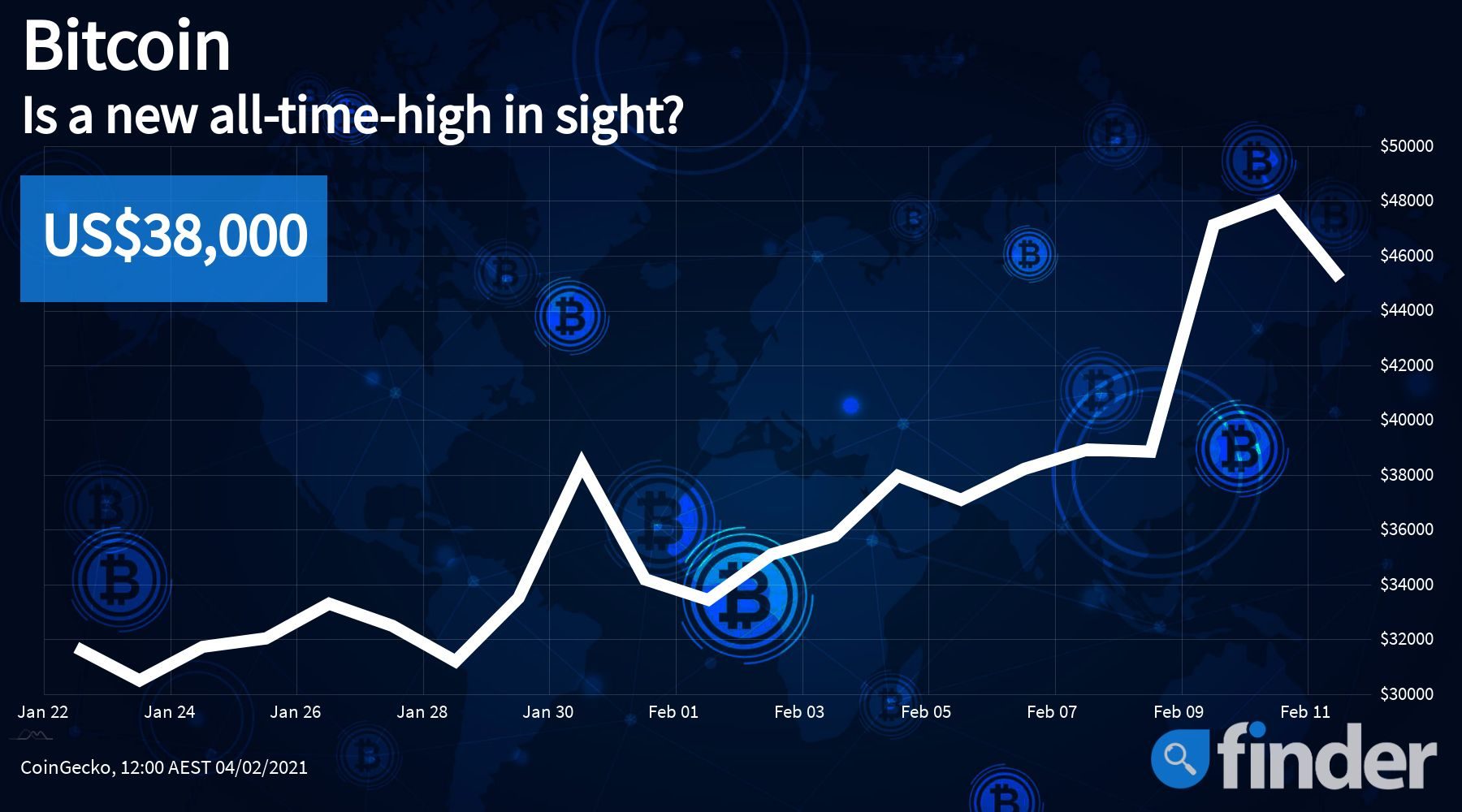 Bitcoin is trading at US$44,088 at the time of writing, which is a 3.5% decrease in the last 24 hours. The decrease shows Bitcoin slowly coming off the boil after a market rallying disclosure from Tesla of its US$1.5 billion Bitcoin acquisition which sent Bitcoin to a record price level of US$48,025.

Bitcoin tracked mainly sideways for most of the day even posting prices challenging the day's high as little as 10 hours ago. From there Bitcoin dropped to a low of US$43,872 less than five hours before the current price.

The drop comes amid speculation that the Tesla CEO Elon Musk could come under scrutiny from regulators. Commenting to the Daily Telegraph, Doug Davison who was formerly a Securities and Exchange Commision officer with the financial crimes enforcement division said that "it wouldn't be surprising".

Davison listed recent tweets which have had a material effect on markets such as the recent Dogecoin tweets from Musk sending the price of Dogecoin into frenzied trade, a spike which is only subsiding now nearly a week later.

Two days before Tesla filed with the SEC on 8 February, the Daily Hodl reported on a massive US$1.1 billion dollar transaction using a relatively new wallet address. The wallet in question was made on 31 December – the same date Tesla said its Bitcoin purchase was completed by.

Bitcoin has hardly been below US$30,000 since 2 January, representing the longest stretch of time Bitcoin has spent at or around its market highs in contrast to the bull run of 2017 when the price of Bitcoin cliff dived shortly after reaching US$20,000.

There are some who say that with greater institutional investment in cryptocurrency markets Bitcoin could see less volatility. While the market seems to be split on that note, investors will keenly watch Bitcoin's price moves over the coming weeks as job data in the US continues to improve along with consumer sentiment.

For that reason it will be interesting to see if the price of Bitcoin returns to its January price band, ranging from the low US$30,000 mark upwards to the mid to high 30,000s. In light of the major Tesla purchase, greater understanding of Bitcoin price patterns could be found if the price settles around US$40,000, similar to trade patterns over the month of January. The altcoins market is looking at one of its strongest periods in recent years according to both weekly and daily data from CoinGecko.

Several of the top 100 altcoins ranked by market capitalisation have posted gains of over 100% over the week, with many setting new all-time-highs.

Of the top 15 altcoins Dogecoin, Cardano and Binance coin have all posted gains of 100% and more. Binance coin, which is the native token of Binance exchange, has risen by 143% over the week and Dogecoin is still up over 131% and has moved up 5 places in the market cap ranks in only a week.