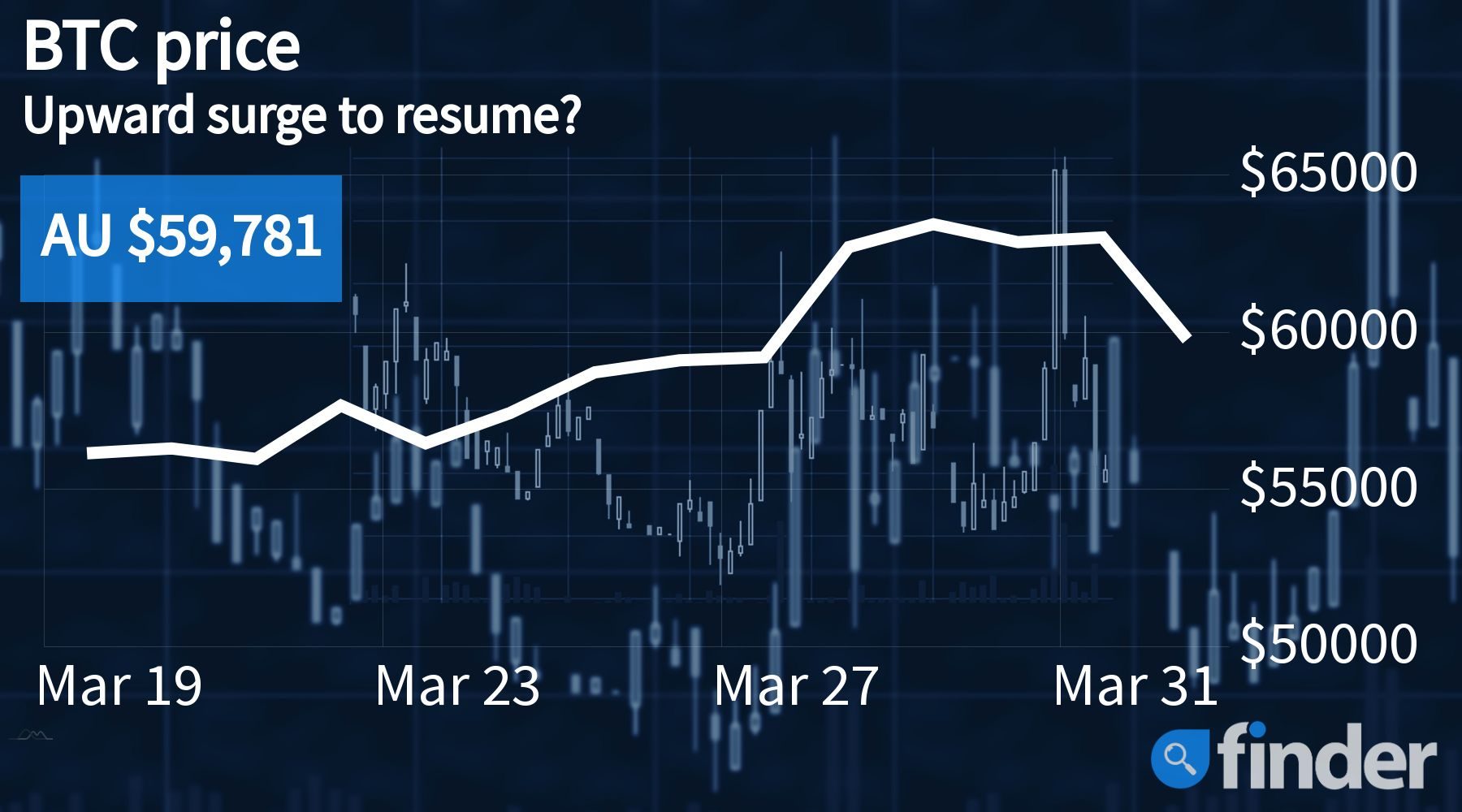 As per experts, BTC is currently in a phase of "monetary consolidation", following which it will ascend once again.

Bitcoin, the world's largest cryptocurrency by total market capitalisation, has showcased a small correction after having scaled up to a relative high of AUD$63,500 yesterday. As a result, the flagship cryptocurrency is exhibiting a 24-hour loss ratio of -5.2% while still being in the green for the past month. At press time, BTC is trading at a price point of AUD$59,810.

Some analysts believe that the digital asset's 28% rise over the past fortnight has set it up for a period of consolidation, which in the long run "will be good for the currency". A pundit believes that the coming few months will see Bitcoin's price action rise slowly — much like it did in 2012 — with the altcoin market exploding in a big way.

American investment juggernaut VanEck believes that BTC's valuation could rise as high as US$4.8 million per token in case the asset ever becomes a "global reserve currency". That said, there is a big "if" that stands in Bitcoin's way, since the fund manager believes the Chinese Yuan is a more likely contender for the title. To elaborate, VanEck executives Eric Fine and Natalia Gurushina have suggested an implied valuation range of US$1.3 million to US$4.8 million for BTC.

Over the last couple of years, VanEck has continued to increase its stake within the crypto industry via its highly popular Bitcoin Strategy ETF (XBTF) — an offering that has garnered over US$30 million dollars in net inflow. Furthermore, the company has also filed an application with the US Securities and Exchange Commission (SEC) to release a new ETF designed to focus exclusively on companies related to the gold and crypto mining sectors.

Russia is currently in the process of devising a comprehensive regulatory framework for its crypto market. However, in a somewhat unexpected turn of events, the country's Ministry of Finance extended its support for its local BTC mining industry. In this regard, the country's deputy director of the financial policy department Alexei Yakovlev was quoted as saying that he sees no point in imposing a ban on "retail or household Bitcoin mining".

He further noted that the Russian government has already come to an agreement regarding its proposed mining framework – such rig operators will be required to pay taxes, adding: "We believe it's necessary to focus on the development of industrial mining, but it probably does not make sense to ban household mining."

Bitcoin's monumental growth in recent weeks seems to have been driven by news of Terra, an algorithmic decentralised stablecoin, having amassed US$1.5 billion worth of BTC. Not only that, the firm also plans on acquiring an additional US$8.5 billion worth of BTC over the coming few months.

Across the traditional finance market, it is worth noting that the United Kingdom's Consumer Price Index (CPI) — which serves as a key inflation marker — recently registered a year-on-year reading of 6.2% year-on-year, much higher than its expected mark of 5.9%.