Bitcoin price breaks $52,000 for the first time since May as El Salvador officially adopts BTC 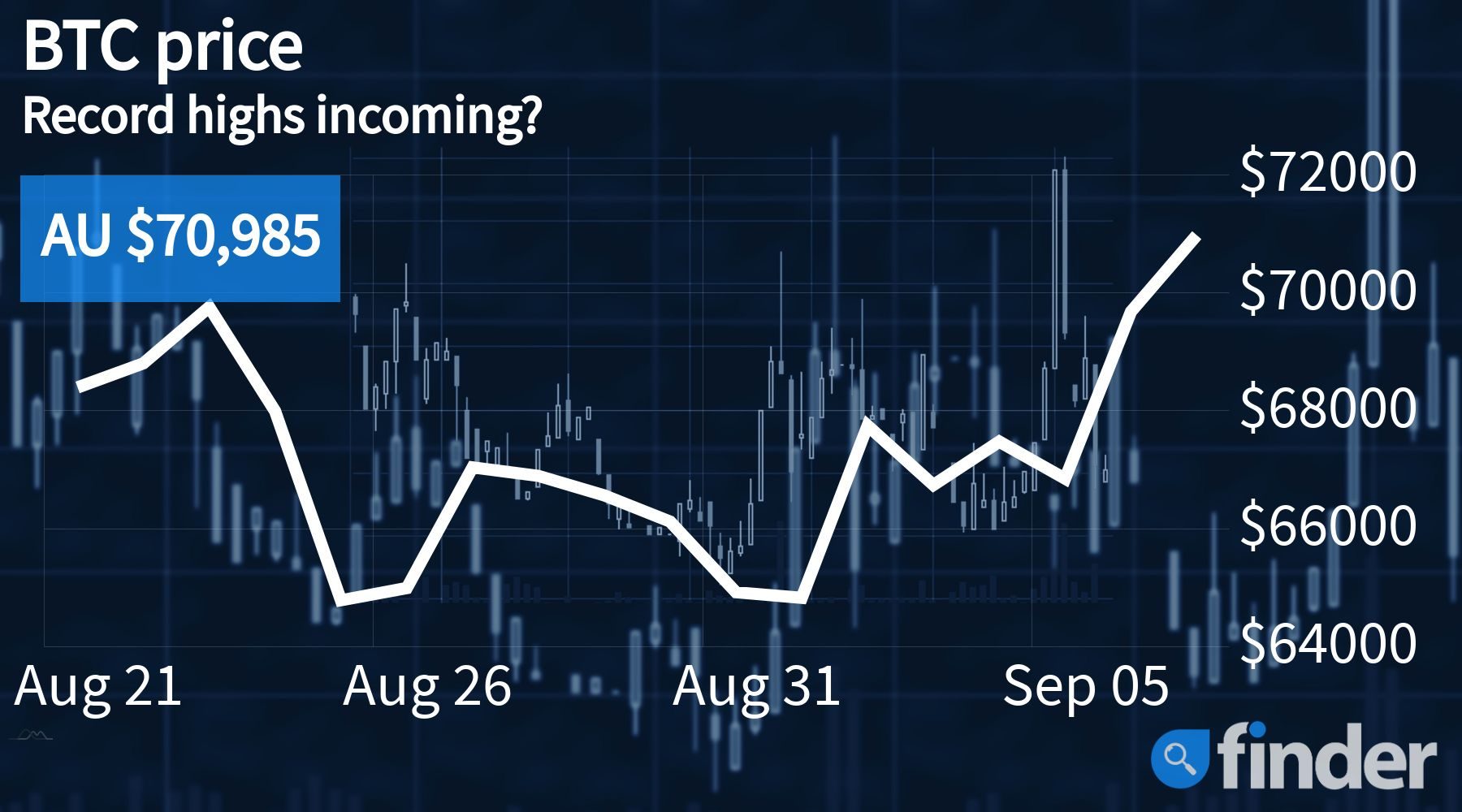 The last month has seen the crypto market rally massively, with Bitcoin locking up profits of around 18% during this period.

Bitcoin, the largest cryptocurrency in the world, seems to once again be on its way up after cleanly breaking through the all-important $50k resistance mark. In fact, over the course of the last week, the flagship crypto has continued to showcase gains in excess of 12%. At press time, BTC is trading at a price point of AUD$71,000.

Providing his take on Bitcoin's ongoing price action, cryptocurrency analyst Michaël van de Poppe highlighted that even though there are many support level targets for the digital asset to hold on to, there is no doubt that AUD$63k may be the level to watch out for, adding:

"US$47,000 remains to be the last low, so that is the one that you should be staying above if you want to avoid any breakdown, but we do see that we break about US$50,000, so the previous resistance here is the level that you want to sustain."

Poppe is of the view that if BTC is able to sustain its current levels, there is a high probability that the currency could continue to hold steady or start moving towards its all-time-high levels that were achieved earlier this year in April.

After it came to light that El Salvador had pushed forth a senate bill allowing BTC to be used as legal tender, the country's president Nayib Bukele announced yesterday that the South American nation had made its first official Bitcoin purchase – which is reportedly around 200 BTC. "Our brokers will be buying a lot more as the deadline approaches," President Bukele added.

To further elaborate on this development, this first purchase comes as part of a larger AUD$200 million (approx.) BTC fund pool that the El Salvadoran government had set aside for its future crypto investment plans. That said, the move did generate a fair bit of backlash from the World Bank and the International Monetary Fund, with both agencies warning Bukele that the monetary transition could have a major, irrevocable impact on the financial situation of many locals, especially retirees.

As the bull market continues to forge on – with the combined market cap of the crypto sector currently standing at just under AUD$3.4 trillion – it appears that if BTC is able to continue on its path of upward ascent, a number of altcoins may stand to benefit by the rally.

For example, ever since Bitcoin made its jump from AUD$67k to $70k, a number of prominent altcoins such as Litecoin, Stellar and Bitcoin Cash have recorded handsome gains in excess of 30% each. Thus, it will be interesting to see how the future of the market at large plays out from here on out.