Bitcoin’s price rallies, but on-chain data suggests it could be short lived 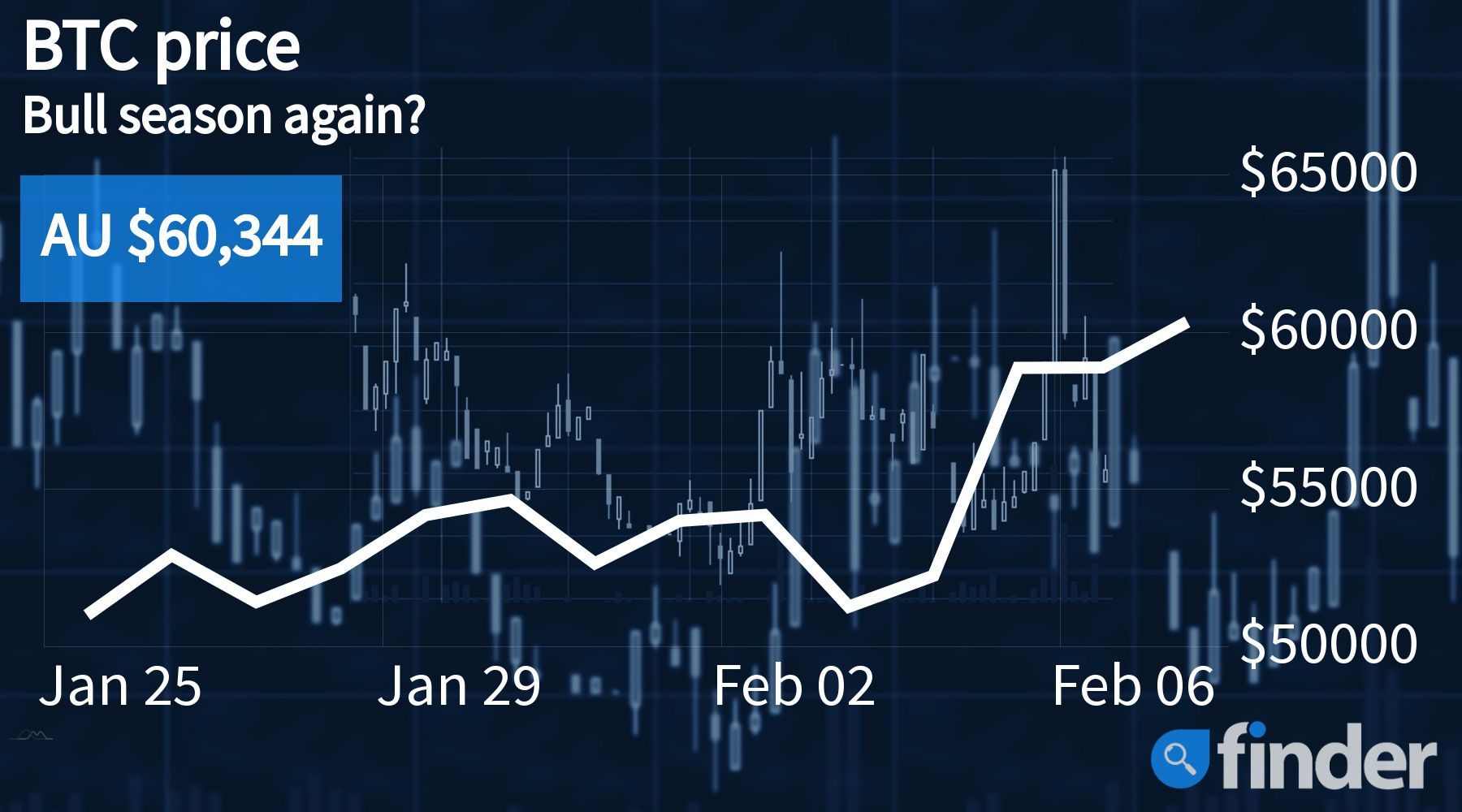 According to analysts, Bitcoin's ongoing run is happening at a time when the currency is being "oversold" at historic levels.

Bitcoin, the world's largest cryptocurrency by total market capitalisation, has started to surge once again, with the digital currency rising from a relative low of AUD$51,400 to around AUD$59,300 over the last 72 hours. As a result, BTC is up 12% since the start of the month, currently trading at a price point of AUD$60,000.

Prominent analysts believe that if Bitcoin is to sustain its ongoing price action, it needs to maintain support above the AUD$60k (US$39.6k) resistance. In fact, one pundit compared the currency's ongoing price action with its performance during Q4 2020, during which BTC forged a remarkable breakout (from around the US$12,000 range) to embark on a journey that saw it hit 3 all-time highs.

Blockchain analyst Willy Woo pointed out that Bitcoin's price is currently at "historic levels of oversold to on-chain demand/supply". Not only that, even futures traders have slowed their sell downs, suggesting that the ongoing surge may not be sustainable in the long run.

As per the Crypto Fear & Greed Index, a tool that is widely used to gauge industry sentiment, the market is still showcasing signs of "fear", with the index currently hovering around a score of 33/100. The metric lay at just 25 (i.e. "extreme fear") all through January and December 2021, so a spike of 8 points shows that investors are once again warming up to the market.

Texan senator Rafael "Ted" Cruz, who is well known for his pro-crypto and blockchain stance, revealed via a filing earlier this month that he had acquired Bitcoin worth US$15k-$50k via a firm called River Brokerage. At the time of his purchase, the digital currency was trading between US$36k and US$37k.

Cruz is not the only government official to have made sizable crypto acquisitions recently, with fellow Senator Cynthia Lummis of Wyoming, revealing she owns around 5 BTC late last year. Other notable individuals invested in the market include Democrats Jake Auchincloss of Massachusetts and Marie Newman of Illinois as well as Republicans Jeff Van Drew of New Jersey and Barry Moore of Alabama.

Solo Bitcoin mining seems to be the flavour of the season

Previously thought to be a near-impossible feat, instances of solo miners solving Bitcoin blocks have been on the rise, with another miner recently accruing a reward worth US$240,000 (approximately) or 6.25 BTC on Tuesday. According to analysts, the chances of successfully completing such a task was less than 20%.