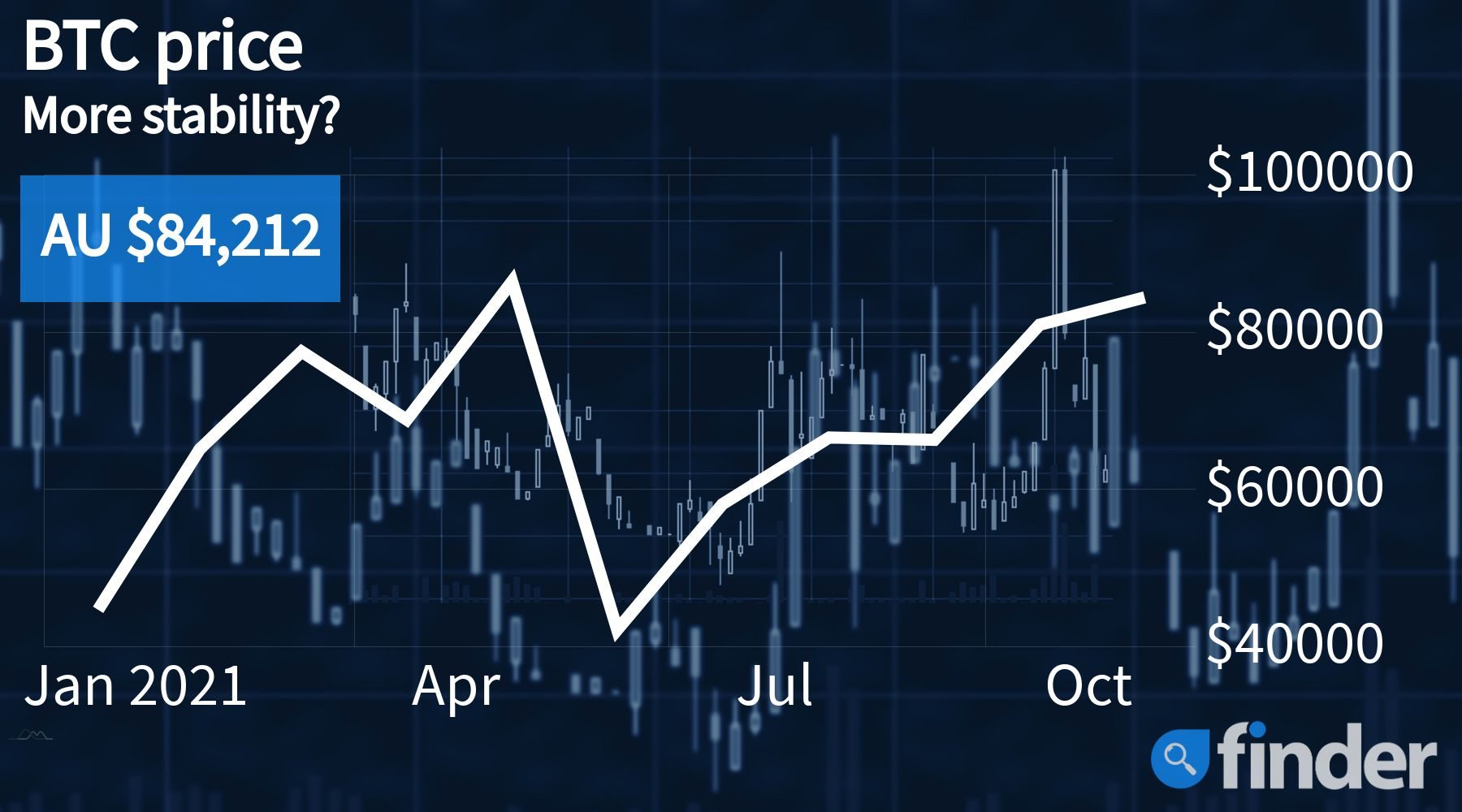 Since 2 November, Bitcoin's value has dipped by more than 3.2%.

After having scaled up to a price point of AUD$86,800 a little over 48 hours ago, Bitcoin, the world's largest cryptocurrency by total market capitalisation, has continued to show some signs of correcting, dropping as low as AUD$81,660 only to make a strong comeback thereafter. As a result, BTC is currently trading at a price point of AUD$83,717.

However, this turbulence has not deterred bulls from attempting to spur another rally in the near future. In this regard, a metric – dubbed MVRC – that is designed to predict peaks and troughs in Bitcoin's price action via the measurement of the currency's market and realised value shows that flagship crypto has a lot of room to grow. In fact, the chart suggests that Bitcoin's value could rise to USD$70,000 over the next couple of weeks.

Another reason for BTCs bullish outlook is that its balance across all crypto exchanges and wallets recently dropped to its lowest levels in over 36 months. What this suggests is that investors are withdrawing their tokens to keep them in their personal cold wallets with the intention of HODL-ing them. Statistically speaking, the total number of BTC stored across all crypto trading platforms now stands at just 2.311 million BTC.

Lastly, it is worth noting that since hitting the sub USD$30,000 range earlier this year in July, whales holding between 10,000–100,000 BTC have increased their Bitcoin buying efforts by quite a huge margin, signalling another rally may be on the cards.

Just days after Miami Mayor Francis Suarez revealed that he will be taking his upcoming annual remuneration in the form of Bitcoin, New York Democrat Mayor-Elect Eric Adams also took to Twitter earlier today to state that he intends on taking his first 3 paycheques in BTC.

As per a recent interview, Adams was quoted as saying that he plans to follow in the Miami's mayor's footsteps when it comes to promoting the adoption of crypto in his state. "He has a MiamiCoin that is doing very well – we're going to look in the direction to carry that out," Adams pointed out.

For those unaware, New York has some controversial regulations in place that have made it difficult for crypto to flourish in the region. For example, business operators involved in the transferring, buying, selling, exchanging or issuing of digital assets need a "BitLicense" to operate in the region – something that is extremely difficult to obtain and, as a result of which, there are only 105 approved virtual currencies available for purchase in the state presently.