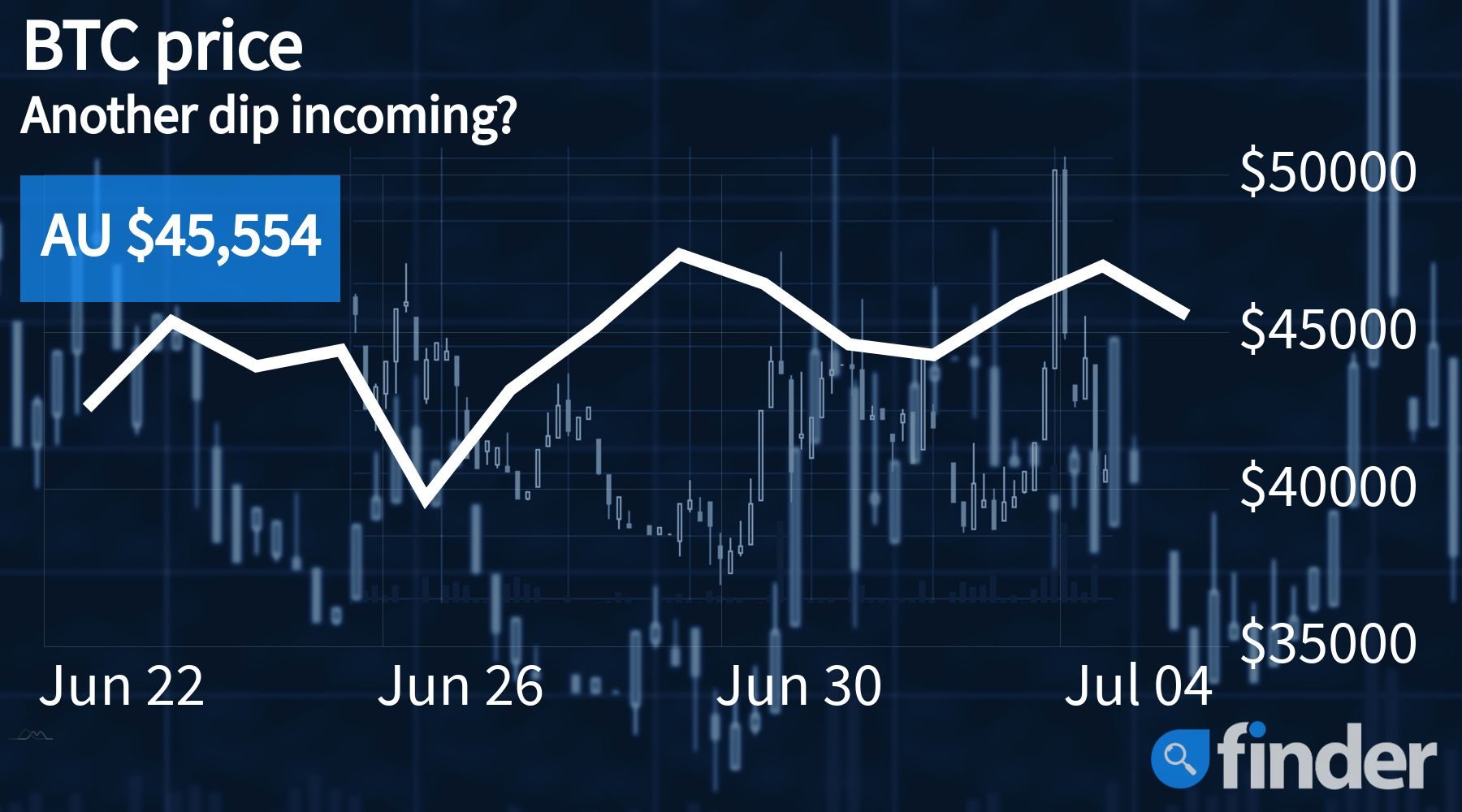 On July 3, Bitcoin experienced one of its worst-ever network hash rate dips

After scaling up to a price point of AU $48,000 just a few hours ago, Bitcoin, the world's largest cryptocurrency by total market capitalization, has continued to exhibit an increasing amount of volatility, sliding all the way down to AU $45,500 before recovering and settling own around the $46,000 range. At press time, BTC is trading for AU $45,740.

In terms of the flagship crypto's future, it is worth noting that BTC was recently faced with one of its largest-ever mining difficulty drops ever — of approximately 28% — a little over 48 hours ago, which has led many to believe that the currency might have finally found its local bottom, especially when taking into consideration the fact that BTC's value seems to have found strong support around the AU $46.5k range for over a week running. That said, according to author and investment manager Timothy Peterson, the ongoing correlation between Bitcoin's price and its hash rate seems to quite clearly suggest that more bearish action may be in store for the digital asset, at least for the next quarter or so.

Peterson highlighted that the relationship between BTCs value and hash rate can be extremely useful when "marking macro price tops". In this regard, he even released a chart showcasing similar cycles that were witnessed back in 2013 and 2017. "Based on the current trend, this bubble would finish collapsing by 31 October," he added.

For over a month, Bitcoin's value has continued to stay rangebound between AU $40k-$53k. And while that may be good to a certain degree, some analysts are of the belief that a potential sell-off — related to shares tied with the Grayscale Bitcoin Trust (GBTC) that are set to become available to many investors after a non negotiable six-month lock-up period — could result in BTCs spot prices dropping quite drastically.

GBTC premium has been in the 'red' (i.e. exhibiting losses) for many months and therefore there are widespread fears that mass liquidations may on the cards especially as Bitcoin crosses its native asset value (NAV). That being said, GBTC is currently trading at a discount, (i.e. under its NAV) and has been ever since the latter half of February 2021.

On the matter, investment strategist Lyn Alden opined that as more GBTC shares continue to get unlocked this month, a potential spot price crash could definitely play out. "When ETFs and other new ways to access bitcoin made GBTC less unique, the premium went away, so the neutral arb trade went away," he closed out by saying.

That said, it is anyone's best bet at this point how BTC's future will play out, especially as adoption continues to gain more and more momentum globally.