Expert analysis: Bitcoin primed to hit AU $67k in the near term 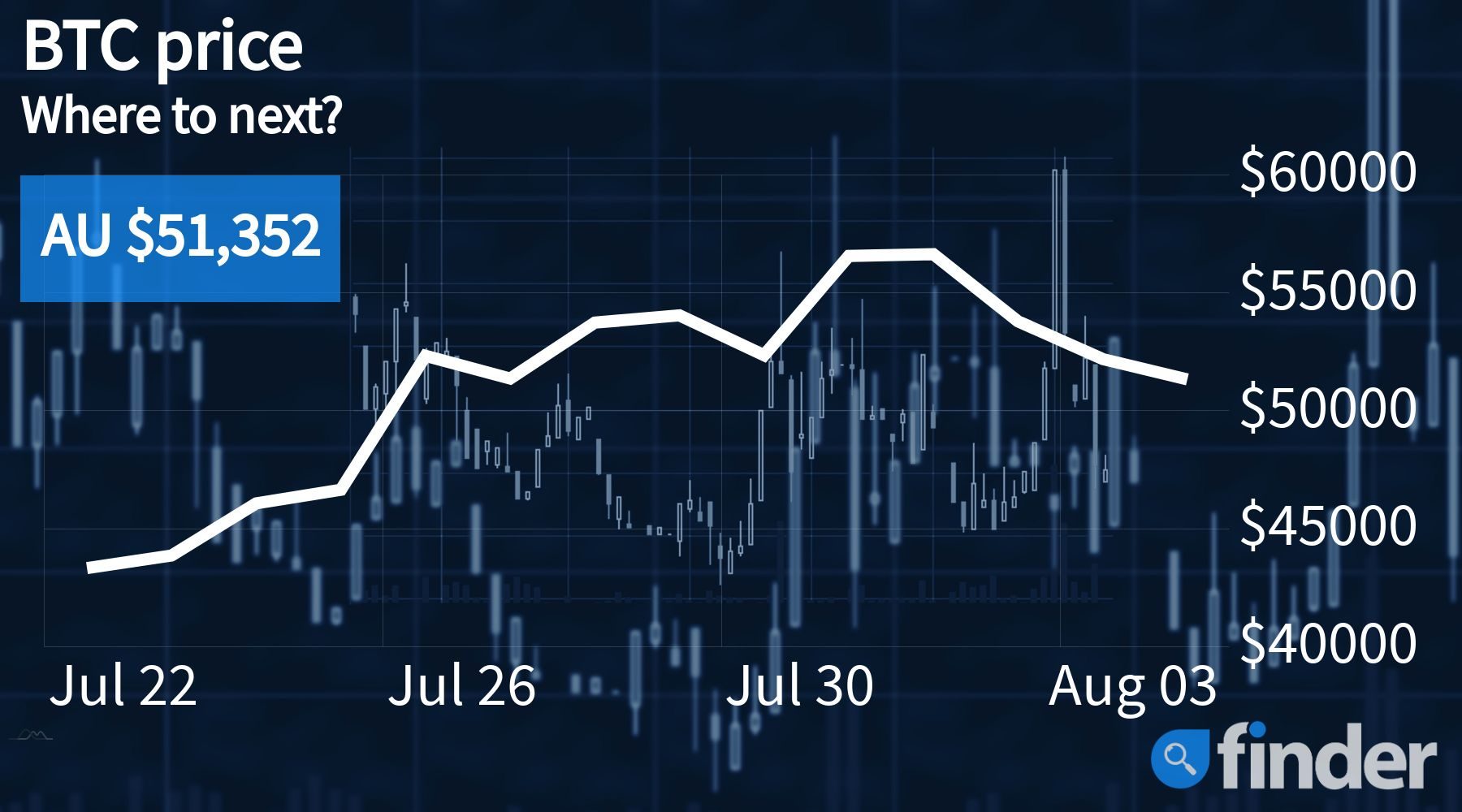 After having scaled up to the AU $57.5k range a little over 72 hours ago, Bitcoin's value has continued to correct, currently showcasing a daily loss of around 2%. At press time, the digital asset is trading at AU $51,600.

Despite this volatility, prominent crypto analyst Willy Woo is of the opinion that in the near term, it would not be surprising to see BTC scale up to the AU$67k - AU$88k range. His optimism stems from Bitcoin's recent ascent which saw the currency rise to its three-month high after having scaled down to the AU $40,000 mark. Woo further added:

"My expectation is similar to BTC at US $20k all-time-high in January, where the price is pinned close to the US $40k-$42k ceiling over a period of days (2 weeks maximum) wearing down sellers, followed by a faster move to US $50k. The next major consolidation band is US $50k-$65k."

Furthermore, data available online suggests that traders are picking up leveraged-long BTC positions which suggest that a bull market may be in order. Not only that, even margin traders have been increasing their stablecoin borrowing, thus alluding to the fact that whales and professional traders may be expecting more upside from the market in the near term.

According to crypto analytics provider Coin Metrics, Bitcoin SV — BSV — was reportedly faced with a "massive" 51% attack early yesterday afternoon. As a result of this, three versions of the chain were being mined simultaneously. In this regard, Coin Metrics' Lucas Nuzzi tweeted out that some nefarious third-party miscreants are trying to "destroy BSV", adding:

"Someone is seriously trying to destroy BSV. For over 3 hours, attackers were able to take over the chain. All exchanges that received BSV deposits during that time might have been double spent."

At press time, it is still unclear as to whether the attack has finally subsided or not.

US SEC warming up to Bitcoin

In a recent interview, Gary Gensler, chair of the United States Securities and Exchange Commission (SEC) spoke about cryptocurrencies and how the blockchain revolution forged by Satoshi Nakamoto more than a decade back is now starting to show its real power. "There was a lot of hype masquerading as reality in the crypto field, [however] Nakamoto's innovation is real", he was quoted as saying.

With the SEC seemingly warming up to Bitcoin, it will be interesting to see how the future of the market plays out, especially as more and more investors continue to make their way into this burgeoning space.