Bitcoin price rises to US$38,000 as Visa prepares for crypto payments 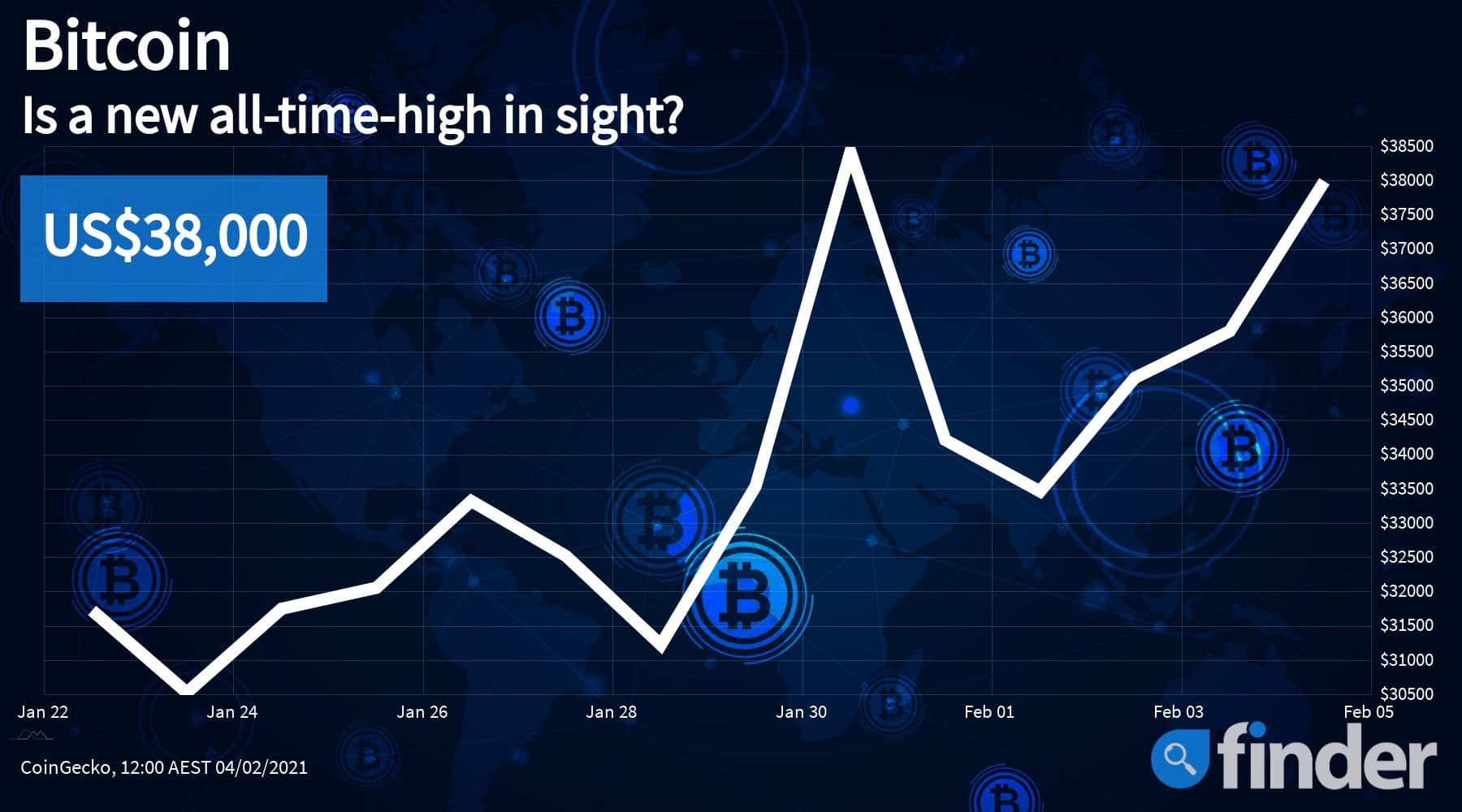 Bitcoin is trading at US$38,000 at the time of writing according to CoinGecko data. The bulls appear to be in control, with Bitcoin charting a steady ascent from $35,500 to $38,000 with very little downwards price pressure.

Starting the day at US$35,503 Bitcoin's price has increased by 5.7%, bringing the wider cryptocurrency market along for the ride. Ethereum is up 9.6% on the back of hitting all-time highs yesterday, continuing to push records as it eyes $1,700 as the next milestone. Ethereum competitor Polkadot leads the top 10 cryptocurrencies by market cap, with an impressive 23% gain to set a new all-time high of $21.

A recent first-quarter earnings call held by executives of the payments provider Visa on 28 January 2021 discussed Bitcoin and its place in the evolving payments system. Visa CEO Al Kelly shared his thoughts on the emerging digital assets class.

He broke the idea of digital assets down into two parts. The first being Bitcoin and other assets like it, the second being stablecoins or cryptocurrencies backed by fiat currency. Regarding Bitcoin, Kelly said that they viewed the asset as "digital gold".

Kelly said that Visa's "strategy" with both Bitcoin and stablecoins is to enable Visa's customers to both buy cryptocurrencies with money and to also "cash out" their cryptocurrency into fiat with any one of the "70 million" points of payment that make up the global Visa network.

The success of Bitcoin is influenced by both the status of Bitcoin as a reserve asset, as well as the rate of adoption among people using it as a form of payment, which makes Visa coming to the table all the more exciting.

Al Kelly's comments are echoed by Ray Dalio, the owner of the world's largest privately owned investment company. On the same day as Kelly's remarks, Dalio wrote on the company's website that his view of Bitcoin is that of a "gold-like asset", adding to a growing list of executives to do so.

Dalio's remarks were slightly more complex adding that there is the possibility other forms of cryptocurrency like Bitcoin could also be "gold-like assets". Meaning that perhaps Ethereum or some other digital asset of finite supply could replace Bitcoin as the market's dominant cryptocurrency.

However, Kelly's comments on Visa's strategy sheds light on the development of new financial architecture, the foundations of which are only being laid right now.

In 2020 Brian Brooks as Comptroller of the Office of the Currency oversaw regulations which have meant that payment gateways like Visa, Paypal and Square now have the regulatory permission to engage in financial operations in digital money markets.

In a US Senate confirmation hearing for the Secretary of the Treasury, Janet Yellen commented on digital assets saying that it's "important we consider the benefits of crypto-currencies and other digital assets", noting that they have the potential to improve the efficiency of the financial system.

Based on the commentary above, a key consideration going forward will be whether governments place regulatory barriers on retail investment or use of Bitcoin.