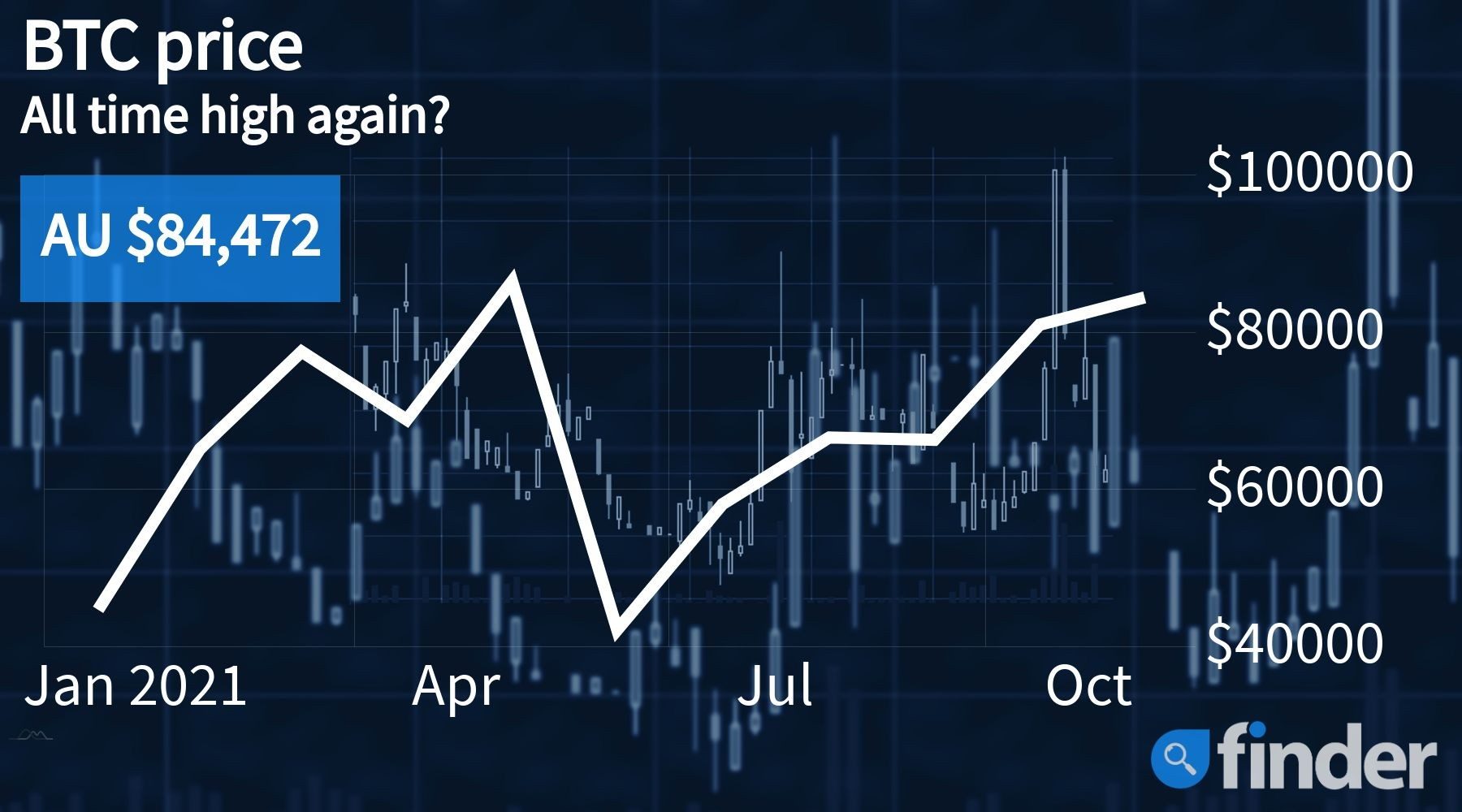 Since yesterday, Bitcoin's value has risen by nearly 4%, leading analysts to believe that another surge could be looming large on the horizon.

After having stalled around the AUD$82,000 range for nearly a week, the last 24 hours have seen Bitcoin rising as high as AUD$86,400 only to correct and fall back down slightly thereafter. At press time, BTC is trading for $84,776.

Pseudonymous crypto analyst Pentoshi believes that BTC was undergoing a period of consolidation and that more upward action could be on the cards over the coming few days and weeks, adding: "Any pullback towards US$62.5k is a great bid zone to add (i.e. accumulate). Looks as though consolidation could be over and ready to trend again."

A similar sense of conviction is also shared by many other investors and pundits, including TechDev who believes that it is quite possible that Bitcoin may scale past its all-time high of US$67,100 in the near future, potentially scaling up to a price point of US$84k.

As part of a recent investor report released by American multinational investment bank JPMorgan, Bitcoin's "fair value" stands close to the US$35k (AUD$47k approximately) range presently, which is nearly 40+% lower than its current price tag. That said, the bank's crypto strategy team is still quite confident that a target of US$73,000 for the year 2022 should still be quite achievable for BTC, especially given the relative volatility that seems to be pervading almost all major markets across the globe. The report further reads:

"This challenges the idea that a price target of US$100K or above, which appears to be the current consensus for 2022, is a sustainable Bitcoin target in the absence of a significant decline in Bitcoin volatility."

A couple of months ago, JPMorgan CEO Jamie Dimon was quoted as saying that Bitcoin could very well see its value soar by 10x in the near term after having called the asset "worthless" multiple times before and after making the aforementioned price prediction.

Lastly, over the past year, a growing number of mainstream financial entities have been scampering to find quality crypto talent to help bolster their cryptocurrency research wings. Some of the banks that are already working with digital assets include Wells Fargo, UBS, Citigroup, and Goldman Sachs.

Bitcoin salaries to become the norm?

As adoption continues to increase globally, it appears that more and more people are willing to entertain the idea of taking their salaries (partly or in full) in crypto. For example, the NFL's Russell Okung and Aaron Rodgers are already drawing part of their annual remuneration in BTC, a trend that has been picked up by a number of other sporting superstars as well.

Francis Suarez, who has served as the mayor of Miami since 2017, claims that he is going to be taking his upcoming salary in BTC, potentially making him the first US government executive at the state or federal level to accept part of his salary in Bitcoin.