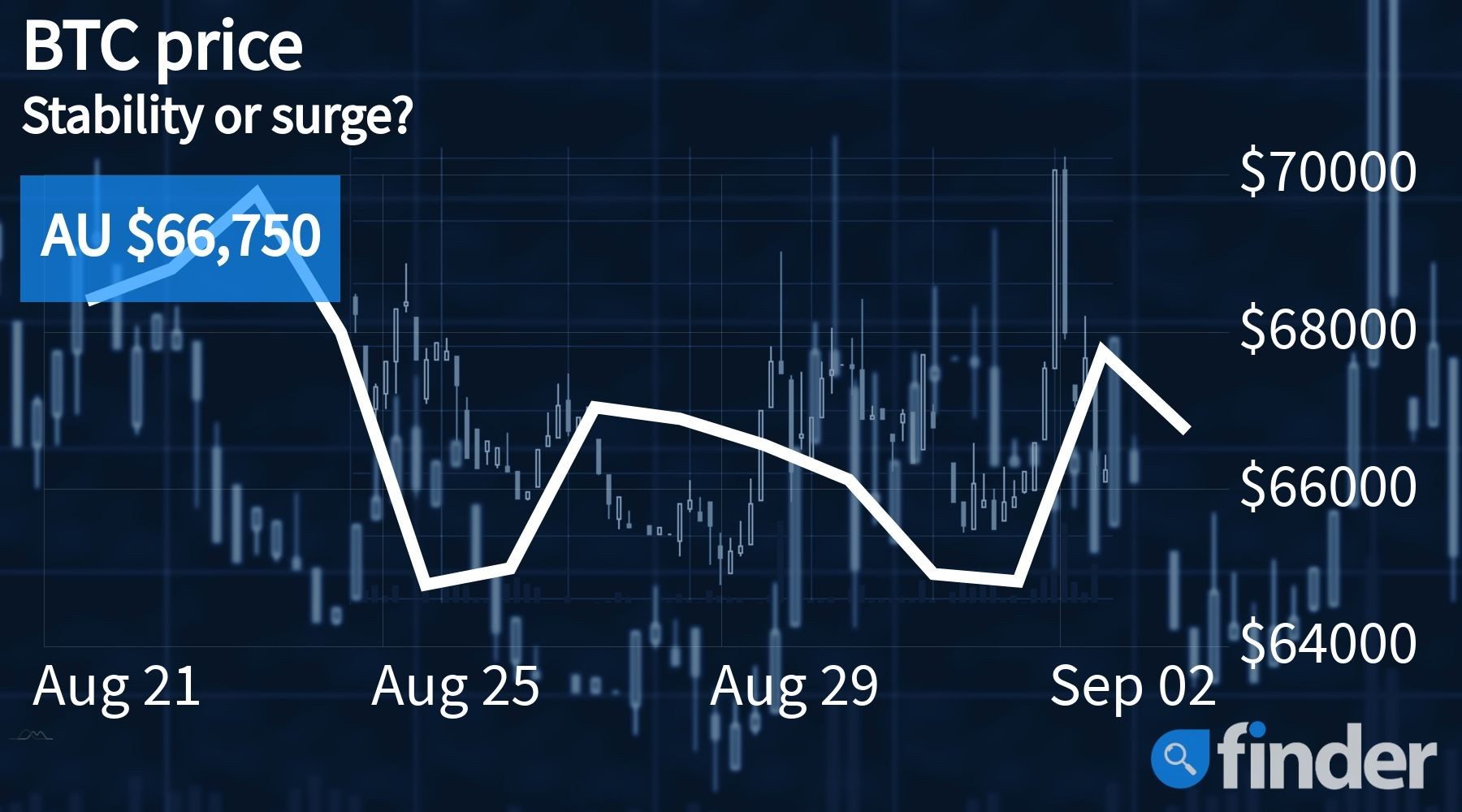 Bitcoin has been gaining steady momentum recently, with the cryptocurrency recording impressive fortnightly gains of 6.5%

The last 24 hours saw Bitcoin, the world's largest cryptocurrency by total market capitalisation, break cleanly past the all-important AUD$68K psychological threshold twice. As a result, the flagship digital asset's weekly gains stand at 5+% with the asset trading at a price point of AUD$67,100.

Providing his thoughts on BTC's ongoing price surge, Petr Kozyakov, co-founder and CEO of the global payment network Mercuryo, told Finder that he is extremely curious to see whether this ongoing price rise will be sustained in the near term, adding:

"In profiling the possibility inherent herein, it is worthy to note 2 fundamental factors that are likely behind Bitcoin's push: Twitter's potential integration of the coin as a Tip Jar payment option and the official launch of Bitcoin as a legal tender in El Salvador come September 7."

In Kozyakov's view, the above-stated fundamentals are helping reshape the public's outlook towards the Bitcoin blockchain, which is generally lacking in terms of its ability to host smart contracts unlike other layer-1 blockchains such as Ethereum and Polkadot.

Lastly, when asked about what the future may hold for Bitcoin, he pointed out that buyers are showcasing a lot of optimism for an even bigger push by the end of the year. "The mild target many have is the USD$64,800 all-time high attained back in April. Should Bitcoin witness a similar rate of growth as it did back towards the end of 2020, we may see a price shoot towards a new ATH at USD$70,000 by the end of Q4," Petr closed out the interview saying.

Even though the news is unofficial at this point, as per a number of sources, it appears as though social media behemoth Twitter is going to start allowing users to tip content creators using Bitcoin. In fact, Twitter's product lead Kayvon Beykpour hinted that there could be a major announcement regarding the same in the near future.

Earlier in July, Twitter CEO Jack Dorsey alluded to the possibility of a BTC tipping jar being integrated into the platform's commercial interface. Now, as per a new report, Twitter's BTC tipping feature will utilise the Lightning Network payment platform Strike. Additionally, it appears as though it will not be necessary for adopters to own a Strike account in order for them to add new BTC addresses.

In closing, it is worth highlighting that the implications of a company like Twitter adopting Bitcoin could lead to mass crypto adoption globally, potentially sparking a market-wide rally. Therefore, it will be interesting to see how the coming few weeks and months play out.