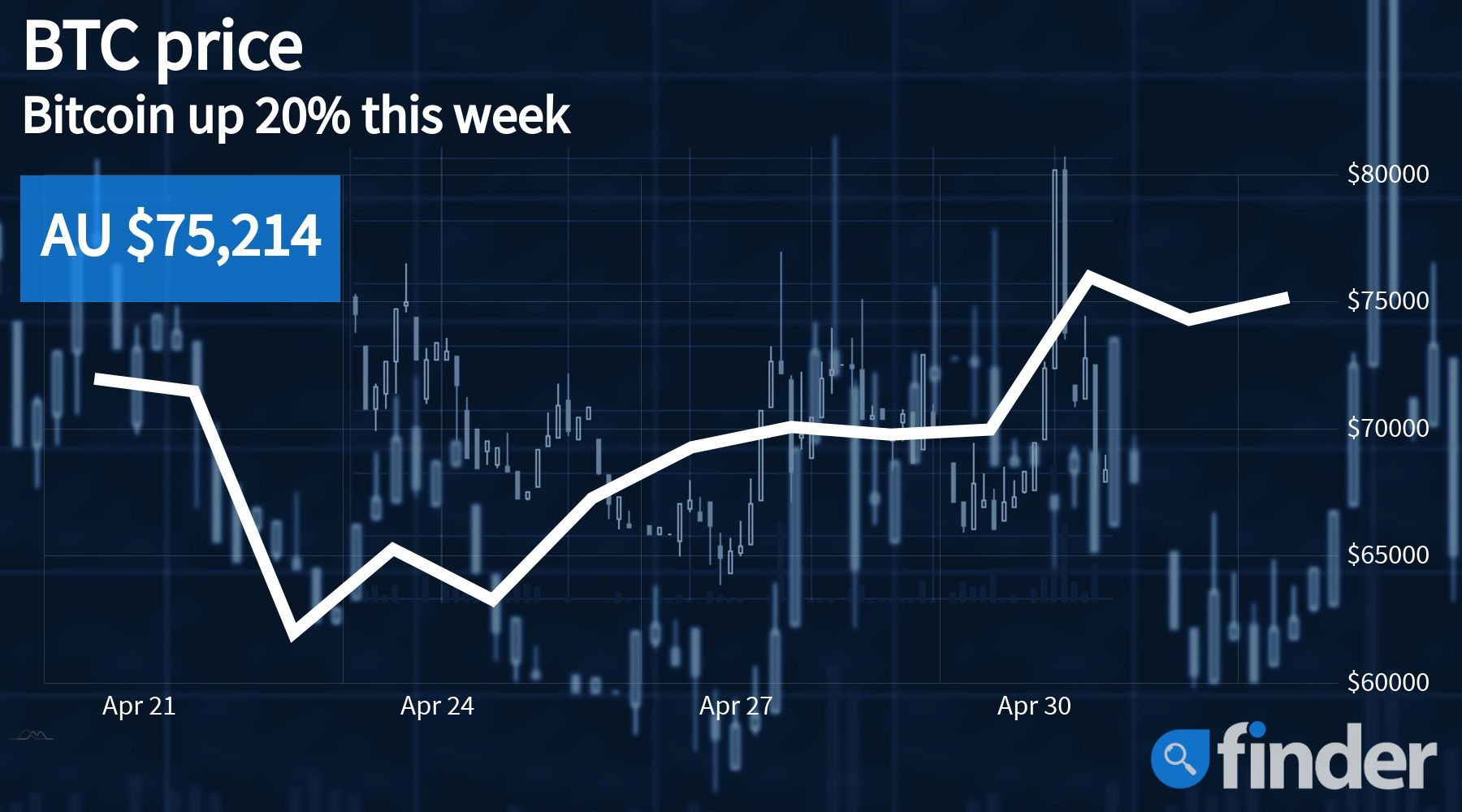 Bitcoin dominance reaches a 30-month low as it recovers slower than most of the top 100 cryptos by market cap, following last week's crash.

After dipping to a relative low of US$47,409 (AUD$61,509) on 26 April, Bitcoin, the world's largest cryptocurrency by total market capitalisation, has continued to mount an impressive comeback, currently trading at US$57,816 (AUD$75,011). As a result, the digital currency is showcasing gains of nearly 20% over the past week.

Between 22 and 26 April, BTC was faced with a lot of bearish pressure, struggling to stay afloat above the US$50,000 mark with any sort of stability. However, since then, the currency has gained solid upward momentum once again, trading as high as US$58,700 just a few days back only to slip back to the US$57,500 region.

As a result of these price movements, the total market capitalisation of the cryptocurrency industry has once broken past the US$2 trillion mark with ease, with the figure currently sitting at US$2.34 trillion.

A closer look at the matter

Bitcoin's latest value surge seems to come at a time when MicroStrategy CEO Michael Saylor announced that as a result of his company's foray into Bitcoin, which started last year, its overall revenue for this quarter has spiked up by a whopping 52% as compared with Q1 2020.

It is worth mentioning that to date, Saylor's company has purchased a total of 91,579 BTC (which is estimated to be worth $5+ billion) while players like Tesla and Square have made similar, sizeable acquisitions.

Thanks to this rising institutional adoption, it stands to reason that more private players may start to add Bitcoin to their balance sheets in the coming few months, especially since it serves as a tangible means of combating inflation (which has spiked due to all the money printing activities that have taken place worldwide over the last 12 months) as well as attracting new investors.

Lastly, it should be noted that since the beginning of 2021, BTC's dominance index has continued to decrease. As can be seen from the chart below, at the start of the year, Bitcoin's dominance lay north of the 70% mark. However, since the beginning of April, the number has continued to dip and is currently sitting below the 50% mark (48.9% to be precise). Even though a growing number of traditional finance players have continued to embrace Bitcoin, billionaire Charlie Munger, vice chair of Warren Buffett's Berkshire Hathaway conglomerate, made it known recently that his disdain for the digital currency is still alive and well.

As part of an annual shareholders meeting that was streamed live recently, Munger was quoted as saying that he "hates Bitcoin's success" and that he can never get behind an asset that kidnappers and extortionists use, adding: