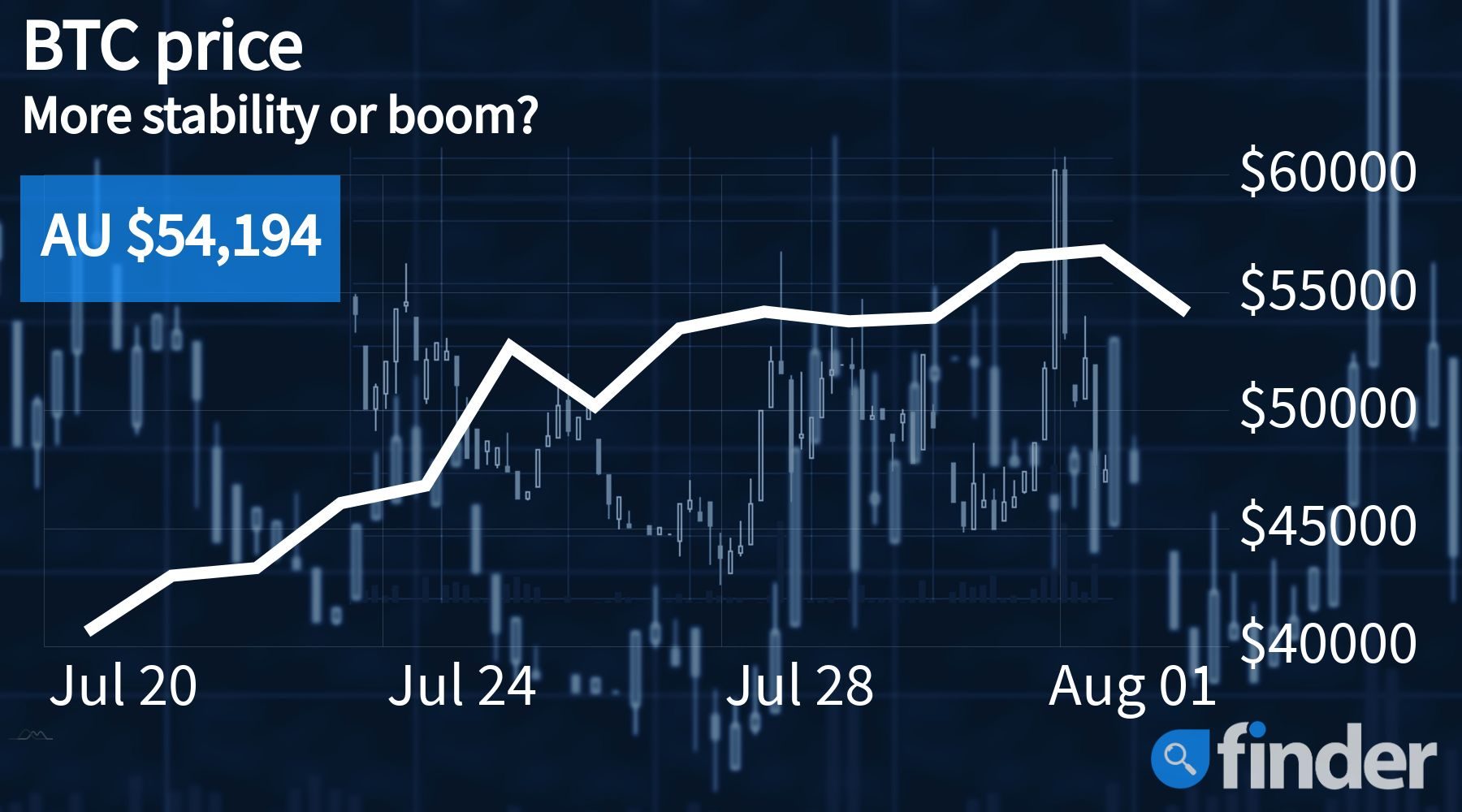 The last 72-hours have been quite action-filled for Bitcoin, with the world's largest cryptocurrency by total market capitalization scaling up to a relative high of AU $58,000, before showcasing a sizable correction and settling around the AU $54.5k range. At press time, BTC is trading for AU $54,000.

After having been in the "red zone" for nearly three months running, BTC is currently showcasing an optimistic near-term growth chart. In this regard, as per a recent tweet, crypto investor and entrepreneur, Alistair Milne exclaimed that Bitcoin had finally returned to form, adding: "Bullish engulfing on the monthly chart for Bitcoin."

A bullish engulfing pattern is best described as a chart formation that is witnessed after a small red candle is followed by a large green candle. These charts are widely considered to be good gauges of Bitcoin's future price movements and are widely used across the crypto as well as traditional markets.

Milne's positive outlook is shared by other analysts, who seem to be of the opinion that the coming few months will see the premier cryptocurrency scale up to its all-time high value.

After falling to historic lows — of around 83 exahashes per second EH/s — in the wake of China's recent mining ban, Bitcoin's native hash rate levels are once again back above the 100 (EH/s) mark. This seems to suggest that investor sentiment is once again warming up with HODLers seemingly gaining control of market action again.

Furthermore, Will Clemente, an independent market analyst, tweeted that BTCs fundamentals are back at where they were when the digital was trading at AU $72K. "Consolidation after 10 straight green days is very reasonable but still remains bullish over the coming weeks," he pointed out.

Paypal, one of the world's leading payments providers, recently revealed that it is shortlisting candidates for various cryptocurrency-related job positions at its Ireland offices in light of Bitcoin's growing demand. The firm is looking to hire individuals well versed with crypto tech especially in relation to things like compliance, anti-money laundering, and business development.

Since entering the crypto sector, PayPal CEO Dan Schulman claims that his company's revenue has increased quite sharply, with the firm looking to enter the United Kingdom next. These developments quite clearly suggest an increasing demand for digital currencies, especially with fears of inflation now coming to fruition globally.