Bitcoin’s price analysis: Who is buying the dip? 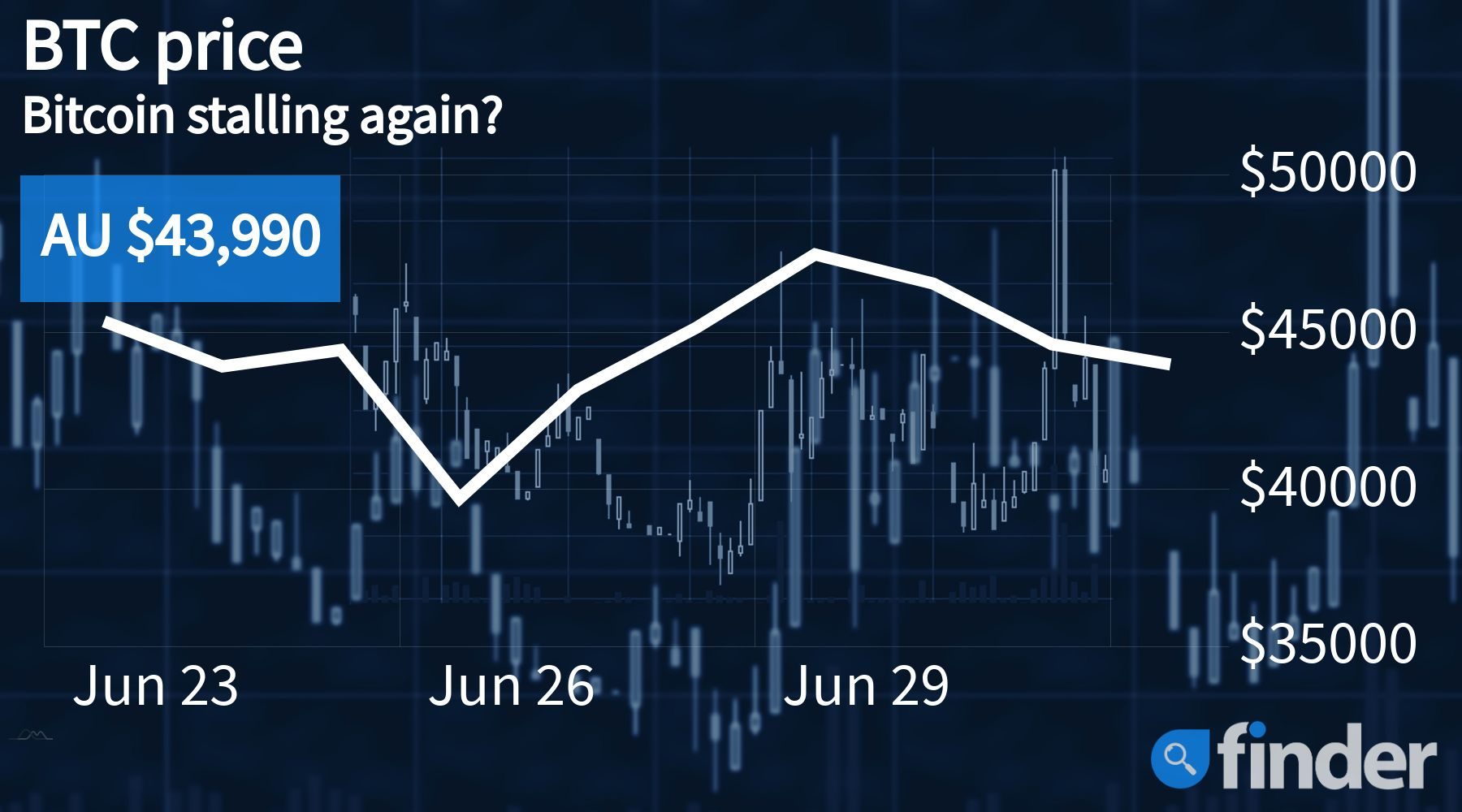 Despite its increased stability, Bitcoin has repeatedly struggled to cleanly break past the AU $46,000 threshold

After scaling up to a price point of $34,650 just a few hours ago, many believed that Bitcoin, the world's largest cryptocurrency by total market capitalization, was destined to break the all-important AU $46k psychological barrier and proceed on its way to the AU $53k mark. However, that was not to be the case as the premier cryptocurrency proceeded to subsequently, losing over 3% of its value in the process. At press time, BTC is trading for AU AU $44,400.

In order to gain a better understanding of what lies ahead for Bitcoin, Finder reached out to

Varit Bulakul, President of Investment Banking and Digital Assets for The Brooker Group. In his view, the recent events surrounding El Salvador (and potentially even Paraguay) adopting Bitcoin as legal tender are potentially setting Bitcoin up for another bull market, adding:

"However, we should keep our eye on the target, which is whales. Realistically they still control market sentiment. [Traditional Finance] Institutions on the other hand have been slow to join the wave, probably because of the multi-approval process and layers of security and KYC opening accounts."

That said, he did concede that a growing number of publicly listed companies are beginning to get on board the crypto gravy train. "We saw MicroStrategy leading the United States, MercadoLibre in Brazil, Meitu in Hong Kong, and Brooker Group in Thailand." Thus, in his estimation, it is entirely possible that once more companies (with sizable crypto investments) start to announce their Q2 results, the aforementioned list will grow.

In an interesting turn of events, the total no of active BTC addresses has reduced by a whopping 60% — dropping from 1.3 million to just around 500,000 — over the course of the last month and a half. This staggering drop in activity has resulted in the Ethereum network overtaking Bitcoin in terms of total active addresses, with the former boasting of 700,00 active wallets as of last week.

Additionally, it should be pointed out that this was the third time over the last 30 days that the Ethereum ecosystem was able to overtake Bitcoin's network activity. In this regard, Mr. Whale, an independent cryptocurrency analyst, highlighted that Bitcoin's active addresses are currently hovering around their lowest levels since April of last year.

This drastic downturn can potentially be attributed to a number of different key factors. For starters, experts believe that the massive sell-off that was witnessed in May — during which Bitcoin lost more than 50% of its value — could have had a major part to play in the matter along with China's recent decision to crack down on its local mining sector.