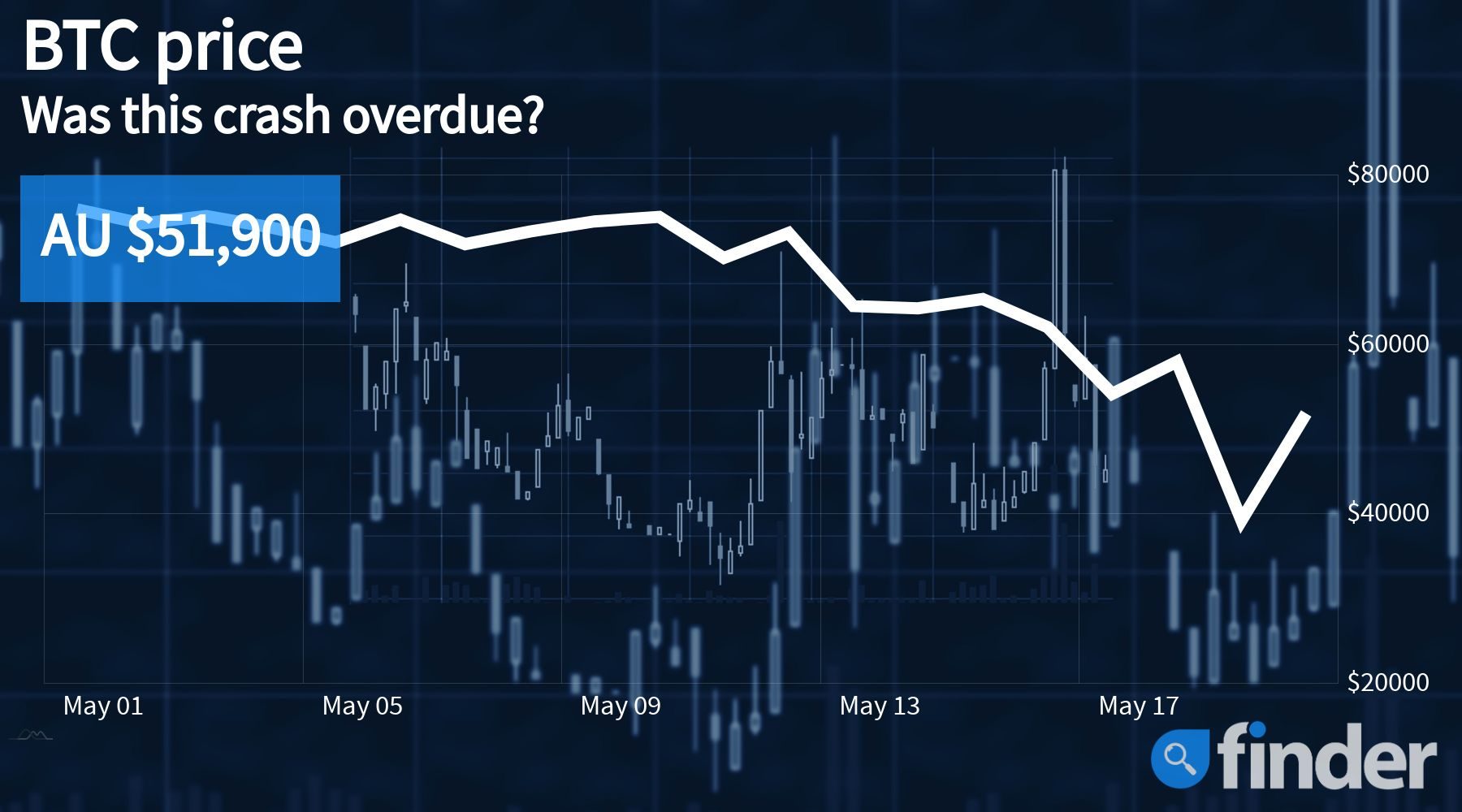 Bitcoin's value has dropped by more than 30% over the last few weeks.

The cryptocurrency market continues to be faced with an insane amount of bearish pressure, with liquidations being witnessed across the board. In this regard, Bitcoin saw its value drop to as low as AUD$39,500 over the course of the last 24 hours. However, since then the flagship cryptocurrency has staged an impressive rally, currently trading at a price point of around AUD$51,000.

To gain a better overview of what's happening with the market at the moment, Finder reached out to Antoni Trenchev, co-founder and Managing Partner at Nexo, a financial institution for digital assets with over AUD$15.5 billion (US$12 billion) in assets under management. In his view, Bitcoin is now beginning to retract as a consequence of the currency not being able to secure stable support above AUD$83,000, which was a significant resistance level for the currency, adding:

"Every bull run within crypto has seen five to seven declines in excess of 30% and this cycle is no exception. Bitcoin has retracted to the low US$40,000s. More than anything, however, what this undeniably large correction (and those before it) prove is that the crypto market is resilient, that it's a long-term game ill-suited to the weak-handed."

A similar sentiment is also shared by Ganesh Swami, CEO and Co-Founder of Covalent, a blockchain analytics provider, who believes that during bull markets, witnessing big drops is quite common. "The last time we saw a bull run, Bitcoin dropped at least half a dozen times by 20-30% before it went to the then all-time high," he added.

In regard to what's causing this freefall, Swami is of the opinion that Tesla CEO Elon Musk's tweet regarding Bitcoin's energy consumption could have had a role to play in the matter. Lastly, with so much development taking place across the global blockchain landscape, such as the NFT market boom and DeFi sector growth, he believes that the market is bound to make a comeback "sooner rather than later".

Bitcoin is currently showcasing bi-weekly losses in excess of 30%, something that has many cryptocurrency enthusiasts on the edge of their seats. Therefore, to gauge where Bitcoin might be heading in the near-to-mid term, Finder spoke with Dr. Sebastian Bürgel, founder of the privacy-oriented HOPR protocol. In his view, Bitcoin still has modest potential for increase, adding:

"Bitcoin still seems to be a gateway asset for anyone entering the crypto investment sphere, and I think that will continue. However, I would expect some of the major financial institutions who only recently realized that Bitcoin is in fact not a scam to soon start noticing that there's a lot of fundamental value in Ethereum and tokens on Ethereum."