Bitcoin premium in Argentina hits US$1,650 as peso plummets 30%

Bitcoin in Argentina has been trading at a premium for a while. Today that premium grew sharply.

The Argentinian peso abruptly plummeted about 25% against the US dollar today, while the country's Merval stock index got an even sharper shock.

The crash comes as the result of a larger-than-expected win for left-leaning Alberto Fernández against the centre-right incumbent Mauricio Macri.

Under Macri, inflation rates in Argentina have soared more than 50% alongside a continually slumping peso, but today's sharp shock shows markets still have some capacity to be surprised.

The reason this outcome triggered a crash, according to analysts, is because the victory margin raises the prospect of a return to power for Fernández's running mate, the populist former president Cristina Fernández de Kirchner, and with it an increased risk of Argentina defaulting on its national debt.

But among all the pain, the value of Bitcoin in Argentina is growing, especially when valued in Argentinian pesos. 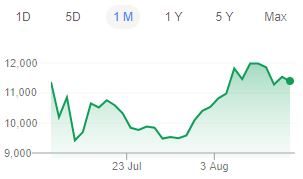 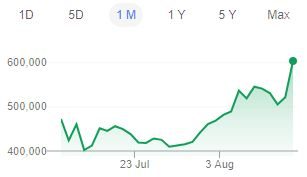 This makes it difficult to say with any confidence whether people are actually flocking to Bitcoin, or if it's just something being made up as part of the narrative. However, price premiums can present a much more reliable indicator.

And right now, Criptomonedas is reporting a premium of US$300 equivalent on the Ripio and ArgenBTC platforms, up from about a $100 equivalent premium throughout May, while DiarioBitcoin is seeing LocalBitcoins listings with prices $1,650 equivalent above the mid-market.

Despite the volumes remaining relatively low overall, this strongly suggests that more people are buying Bitcoin in Argentina right now. It stands in contrast to China, where Bitcoin is actually trading at a discount despite current economic anxieties.

And while the situations in Argentina and Venezuela are not the same, DiarioBitcoin says, a lot of people are still drawing comparisons between the two countries right now and feeling their faith in government shaken.

It's easy to theorise that Bitcoin should immediately take off whenever a local currency plummets, and while this has often been the case, Bitcoin has still always remained a niche thing.

On the whole, the economic performance of a country and its currency isn't an especially good indicator of how enthusiastic its residents are about Bitcoin.

A much better indicator is a combination of local energy costs, whether it's experienced war or a major recession in the last 10-15 years, and residents' general level of faith in the government.

Maybe experiencing massive currency devaluation isn't the tipping point for interest in alternative currencies. Maybe it's going through it, and then coming out on the other side with the realisation of how fragile economies, governments and national currencies can be.... not that this kind of navel-gazing does much to help anyone in Argentina right now.