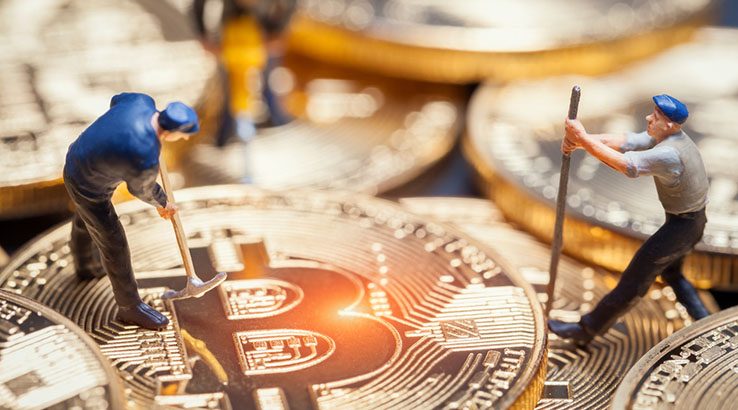 Bitcoin is controversial, but so are a lot of market decisions in different asset classes.

Bitcoin's been playing the "will they, won't they" game with $10,000 for a while now, and at this point most market watchers are telling Bitcoin and $10,000 to just get a room. There have been ups, downs and a general unwinding to under/above $10,000 in the last weeks/days/hours, and none of it has been too dramatic.

Technical analysts say Bitcoin might go to $7,000, or it might not. But on the whole, sentiment remains pretty strong.

"I can assure you I will personally not be loaded up on bitcoin" in 10 years, says Treasury Secretary Mnuchin #bitcoin pic.twitter.com/0J5acWQwRO

Of course, he wouldn't really be doing a very good job as US Treasury Secretary if he was going around saying "buy Bitcoin", so his stance is quite inevitable.

Speaking of segues, DCG is the founder of Grayscale Capital, whose Bitcoin: 2019 Investor Survey report pointed at a strong potential for future inflows.

"Investors are constantly looking for new ways to diversify their portfolios as traditional assets and markets have begun to move more closely in sync with one another. Increasingly, savvy investors recognize that bitcoin and other digital currencies may have unique investment characteristics that provide diversification far beyond the basic 60% stock/40% bond portfolio allocation."

It's a point Grayscale has made previously. By the numbers, even if your prediction is a perfectly flat 0% return on cryptocurrency, it makes mathematical sense to have some allocation in a large portfolio simply for the diversification benefits.

In that vein, it may be worth characterising Bitcoin as a direct alternative to stocks, in that when money would typically be entering stocks it enters crypto instead. There may be some truth to this. While there are no direct long term correlations between the stock market and Bitcoin prices, there are short term instances when they appear to move together, driven by current affairs. Common wisdom among Bitcoin enthusiasts is that dovish fed bodes well for Bitcoin, and common wisdom similarly holds that a dovish fed builds up stock markets.

The 2019 survey also paid some attention to the correlation between Bitcoin and gold perspectives among buyers, echoing the statements recently made by Federal Reserve chairman Jerome Powell, in which he said Bitcoin was being used similarly to gold.

On the whole, Bitcoin enthusiasts considered gold to be a lower risk investment than the general population did, and Bitcoin is moving more towards a position in the mainstream of alternative investments – if there is such a thing.