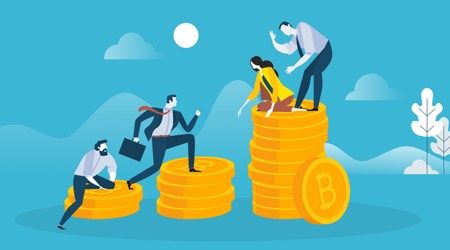 What can we learn from bitcoin's meltdown a year after its hot rise?

Bitcoin prices are currently perched at the top of the steps that lead to the basement, fumbling for the light switch.

They need to find it, lest bitcoin tumble all the way to the bottom, likely breaking something in the process.

It might be more apt to say that bitcoin miners are the ones fumbling for the light switch, because they are having serious trouble keeping the lights on right now.

Bitcoin's hash rate is now almost 35% down since its November peak, and even three consecutive difficulty slashes don't seem to have been enough to keep miners in the game.

In theory, the bitcoin network maintains itself by revolving three pillars – network hash rate, difficulty and bitcoin prices – around each other in a balance of sorts.

So, what can we learn?

Part of the problem might be that the price rise was simply too fast. Essentially, the bitcoin price variable in that hash rate/difficulty/cost trifecta was thrown out of whack by the price rise in January, and now hash rate and difficulty are scrambling to adjust.

The reason it's only striking now might be because there's a solid lead-in time required for mining gear manufacturing, shipment and delivery, and some very tangible manufacturing and shipping cost restrictions around mining gear. That late 2017 rise injected a lot of new demand for miners into the marketplace and furnished manufacturers with the funds to meet that demand.

In other words, the hash rate and difficulty pillars are actually moving along some six months behind the price pillar. This rather abrupt drop in hash rate and mining difficulty might be chickens coming home to roost from price drops earlier in the year.

Bitcoin prices might now be spelunking as a result of miners feeling the pinch and selling their bitcoin holdings at a loss, or at a mere break even, after a lot of hanging on.

Something else that might have been broken as a result of the drop is the economic theory which holds that bitcoin prices would act broadly similar to commodities like gold. As the idea runs, as long as there's a modicum of demand the price floor of an asset will equal the cost of producing it, and that the real world costs of creating new bitcoin will naturally shore up its prices.

Naturally bitcoin isn't the same as other assets, but there's a certain intuitive-feeling logic to the theory.

But now bitcoin has smashed right through the actual cost of production in a downwards direction, which strongly suggests that one probably shouldn't look to tangible commodities for clues to how bitcoin will behave. Part of the problem there might be that bitcoin can be almost instantly transferred in large amounts anywhere in the world with relatively little friction, so bitcoin doesn't have those logistics costs to shore up prices the way tangible assets do.

Is bitcoin a store of value?

This might raise new questions about the validity of a digital store of value asset. 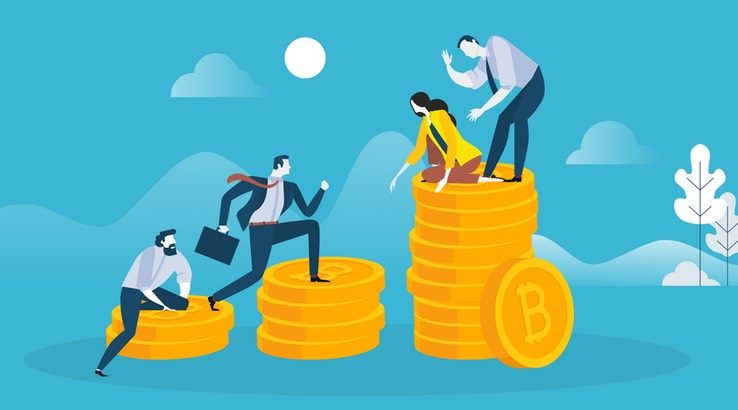 If its functionality as a store of value is entirely dependent on speculative market actions in an almost frictionless market, then its value might be way too fragile to be reliable.

In this line of thinking, it might make sense to compare bitcoin to other grossly inflated "store of value" type assets with minimal real world applications.

Natural diamonds, for example, are opaquely hoarded by large producers to avoid crashing prices. If you could see the total supply and demand of all existing natural diamonds, and they could be seamlessly traded on an open worldwide market, their prices would probably crash hard.

And in the case of gold, the logistical frictions associated with moving it might be contributing to its relative stability. A bitcoin miner can dispose of their bitcoin holdings anytime they want, on a relatively small global market, but someone hoarding significant amounts of gold might have a lot more trouble getting rid of it, and shipping the gold itself around the world comes with a lot of major costs. Even if all else fails in gold, the cost of actually moving it still serves as something of a price floor.

The innate features of cryptocurrencies might lend them much more to digital currencies than digital stores of value.

That said, bitcoin is still soundly outperforming most other digital currencies and shows every indication of being the preferred safe haven asset of the cryptoverse. As a broad rule of thumb, bitcoin's market share has always grown whenever the markets are suffering.

This time is no exception. The plunge in cryptocurrency prices, bitcoin included, has still seen its market show grow. Last week it actually hit a 3 month high, right about when it was also pushing a 15 month low.

The Cambrian explosion of the last couple of years saw new cryptocurrencies proliferate like never before, and attract a significant proportion of the total market cap, but bitcoin is still the top dog, and it does seem to enjoy a self-fulfilling reputation as the safe haven asset of the cryptocurrency world.

And, as bitcoin's market show grows, the erstwhile number two, Ethereum – which set itself apart by declining the currency/store of value narrative and differentiating itself as a utility token – has been suffering especially hard. It's now at its weakest point against bitcoin since March 2017.

Plus, despite the theory of bitcoin prices being damaged by its sheer transferability and ease of use, stablecoins have yet to achieve a market share anywhere even close to bitcoin. Everything else aside, indications are that people do still trust bitcoin to hold its value more reliably than other cryptocurrencies.

The short version is that bitcoin might still be hungover after partying hard in late 2017/early 2018. Bitcoin still shows all signs of being the most trusted cryptocurrency around. Other features like number of unique wallet addresses are showing reasonable direct correlations to price, while others such as transaction rate have been growing steadily throughout the year.

Bitcoin prices are on the defensive and analysts seem to be bracing for further downsides in the short term. And in the long run cryptocurrency is anyone's guess. But in the medium term it's quite difficult to be too pessimistic about bitcoin. On the whole, things seem to be going rather well for it.