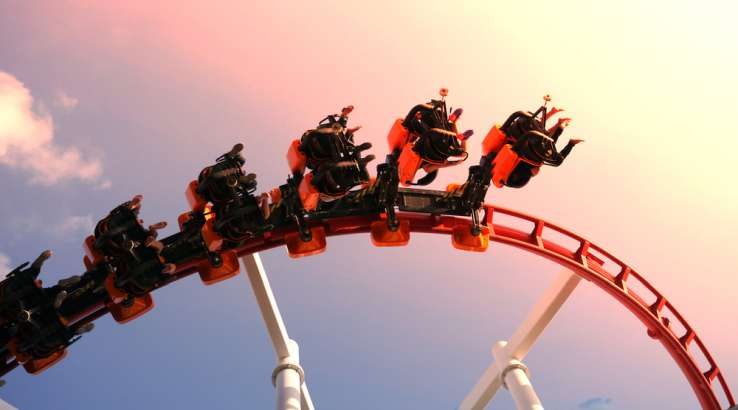 Why must resistance lines push away those they love?

And like good friends, Ethereum (ETH) and XRP (Ripple) vicariously commiserate with Bitcoin's ups and downs.

Bitcoin spent the night at $8,000's house a couple of times in the previous week, but it's clear that they've started growing more distant as time passes. By drawing a line through the word "Rejected" on the above chart, like an arrow passing through Bitcoin's heart, you can clearly see that Bitcoin and $8,000 have been getting more distant.

Most recently Bitcoin has been left standing on the sidewalk near the $8,000 price range instead of inside, lamenting what could have been.

It's clear that Bitcoin is encountering serious resistance in the $8,000 ballpark, and it's possible that as the trend cements itself over a few days traders start anticipating the bounce back earlier each time, and sell a little bit faster.

The rest of the gang joined Bitcoin here, including their interesting friend Tether (USDT). The chart above shows prices over the last couple of days. The sharp drop at the start of this chart is the second "Rejected" from the right on Bitcoin's emotional rollercoaster chart.

As far as ETH and XRP go, it's clear that they're suffering the rejections even more than Bitcoin. But no one cares about them, so let's ignore them for now and instead look at the difference between the two runs at resistance levels pictured here.

Both are quite different. Bitcoin almost threw itself off a cliff after being turned down by $8,000 a couple of days ago, but shrugged off the most recent rejection much more genially. And as we can see in the chart, it looks like ETH and XRP are gamely trying to wingman BTC back through that $8,000 resistance level with a significant rise.

And let's not forget Tether. It's just sitting there, but it's been slouching under its peg for the last couple of days. As we can see it got shaken loose in that big drop.

What probably happened there was that the markets plunged suddenly and everyone abruptly swapped out their BTC for USDT and so on during the fall, which gave it a mild upwards bump. But following the plunge, they bounced back up just as hard and suddenly everyone was selling their USDT, which kept pushing it below the $1 peg.

The curious part is that it kept riding below its peg in the following days. Assuming this wasn't a market response to the ongoing Bitfinex/Tether legal scuffles, it would seem to suggest a great deal of accumulation in that price trough.

On the one hand, more buying makes crypto prices do the happy thing. On the other hand, it's ammunition for another big dump the next time Bitcoin visits $8,000.