Bitcoin drops back below $5,000. Can it recover or will it fall more? 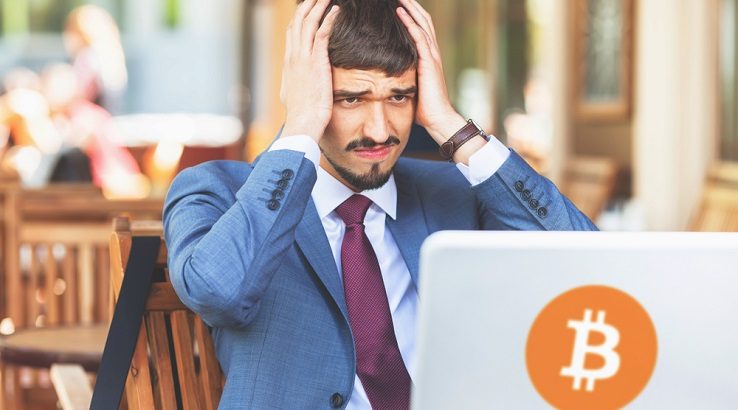 Bitcoin is playing with fire in the $5,000 support range.

Bitcoin made an exuberant break into the $5,000 range on 2 April, laughing maniacally the entire time. It kept the momentum going as it chugged uphill over the next couple of weeks, until it took a running jump to above $5,400 yesterday.

Its fingertips gently brushed the face of whichever deity lives in that price range, but then it fell back down hard. As you can see, Bitcoin's plunge took place in three separate stages. Fortunately, its landing was cushioned each time by landing in several huge piles of money. Now it's catching its breath and deciding whether it's going to be going up or down next.

The whole experience has left Bitcoin sitting at over 5% down in the last 24 hours, at the time of writing.

But if you think that's bad you should see the other guys. In the same timeframe Litecoin, Bitcoin Cash and others are showing similar drops in the 10% range, and just about everything else is looking haggard in some way.

The main exception is the stablecoins,which are mostly pushing upwards on their pegs.

That stablecoins are straining upwards could be a sign that there are more drops to come. People generally don't pivot to stablecoins en mass if they think the markets will rise. This could turn into a self-fulfilling prophecy.

On the other hand, a lot of money has gone into Bitcoin's parachute over the last few hours. Some people are theorising that traders did this to try to stave off massive liquidations.

Mati Greenspan from eToro speculates that this downshift paints Bitcoin's jump to $5,400 as a false breakout. He also points to the timing of the rise, and something in particular, at the purple line, which happened right before the jump.

That purple line marks the timing of the US federal reserve releasing the minutes of the Federal Open Market Committee, leading people to wonder whether Bitcoin's jump could be related to them.

The answer is a hard maybe. The minutes show the fed voicing some financial stability concerns, and Bitcoin has often been perceived as a hedge against instability in the traditional financial system. But who knows?

"As we know, correlation does not necessarily mean causation, but what we can say is that in the 30 minutes following the announcement Bitcoin experienced more volatility than gold, the Dow Jones, and the US Dollar combined," Greenspan says. "Of course, traditional markets weren't at all surprised by the fact that the Fed is being cautious, nor that their caution, if left unchecked, could lead to risks down the road. It's just that the narrative that Bitcoin is rising on insecurity surrounding the Fed could be particularly compelling to some."

So, will Bitcoin go up or down?

The answer is yes.

Which one it does first remains to be seen though. The general sentiment among many market-watchers though, is that as long as Bitcoin stays above $5,000 it may be able to hold its support.