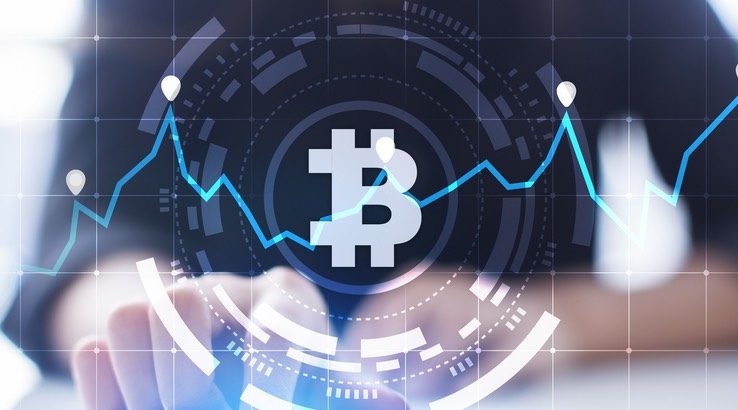 Bitcoin's a masochist, chewing through bad news to crack the $6,000 mark.

Bitfinex was the word of the month thanks to the revelation of an $850 million shortfall at the leading exchange, until its thunder was stolen when Binance announced a $40 million hack, which actually doesn't sound so bad when you put it that way.

But the pain train really came into the station when the Binance CEO said he was pondering the idea of rolling back the Bitcoin blockchain. The crypto world immediately lost its mind and pointed out that there was an approximately zero percent chance of Bitcoin miners collectively agreeing on such a drastic course of action over a measly $40 million.

But the damage was done. Faith in Bitcoin's immutability was shattered and the markets haemorrhaged billions.

Just kidding. Bitcoin actually made big gains and cracked that tough $6,000 barrier for the first time this year, where it's now sitting comfortably.

The chart above shows the last 24 hours or so of Bitcoin prices on Coinbase (blue), Binance (yellow) and Bitfinex (orange).

There are a few interesting things going on here.

First, the market reaction to the Binance hack is very muted. The big drop in the left third of the chart is what happened when the news broke. It scarcely took a temporary billion off the Bitcoin market cap.

But the crypto market impact of exchange hacks tends to be more proportional to the exchange's notoriety than the amount stolen. The $30 million Bithumb hack on 20 June 2018 (not to be confused with the $20 million follow-up on 1 April 2019) took over 2 billion from Bitcoin's market cap, according to a look at CoinMarketCap prices for that day. Bithumb is one of South Korea's best known exchanges.

But the markets actually rose following the $60 million Zaif hack, and regarded the record-breaking $500 million CoinCheck hack with a level of indifference that was imperceptible next to the dropping markets of the time.

But Binance is now believed to be the world's number one exchange by real trade volume and is arguably the world's best known exchange now. Yet after the initial surprise, markets don't seem to much care about the Binance hack. This could be partly because Binance Coin (BNB) took the brunt of it, but in dollar terms, it doesn't seem to have absorbed too much of the loss.

It could also be because the crypto world is simply maturing or because people trust that $40 million is just pocket change for Binance. Or perhaps because the exchange hack was simply no match for the optimistic sentiment of the day.

Even more curiously, Binance's closing of deposits and withdrawals following the hack hasn't hurt. If anything, trading picked right up on Binance.

It's a closed ecosystem for the next week, but no one seems to have noticed. There are no arbitrage opportunities there, but prices are still tracking perfectly well with other exchanges.

In good news for Bitcoin, Fidelity just said it will be offering cryptocurrency trading within just a few weeks. But it's been almost there for a while now, and another one of these "just a bit longer" announcements probably wouldn't push Bitcoin too far.

Similarly, Facebook has partly walked back its crypto ad ban and there has been a recent spate of news regarding its own cryptocurrency plans. But as with Fidelity's developments, the Facebook cryptocurrency has been a very open secret for a while.

The main reason for the rise might just be the market doing market stuff and continuing the precedent laid down in previous years. Or maybe Bitcoin's just a masochist.