3 reasons why Bitcoin’s bubble may not burst 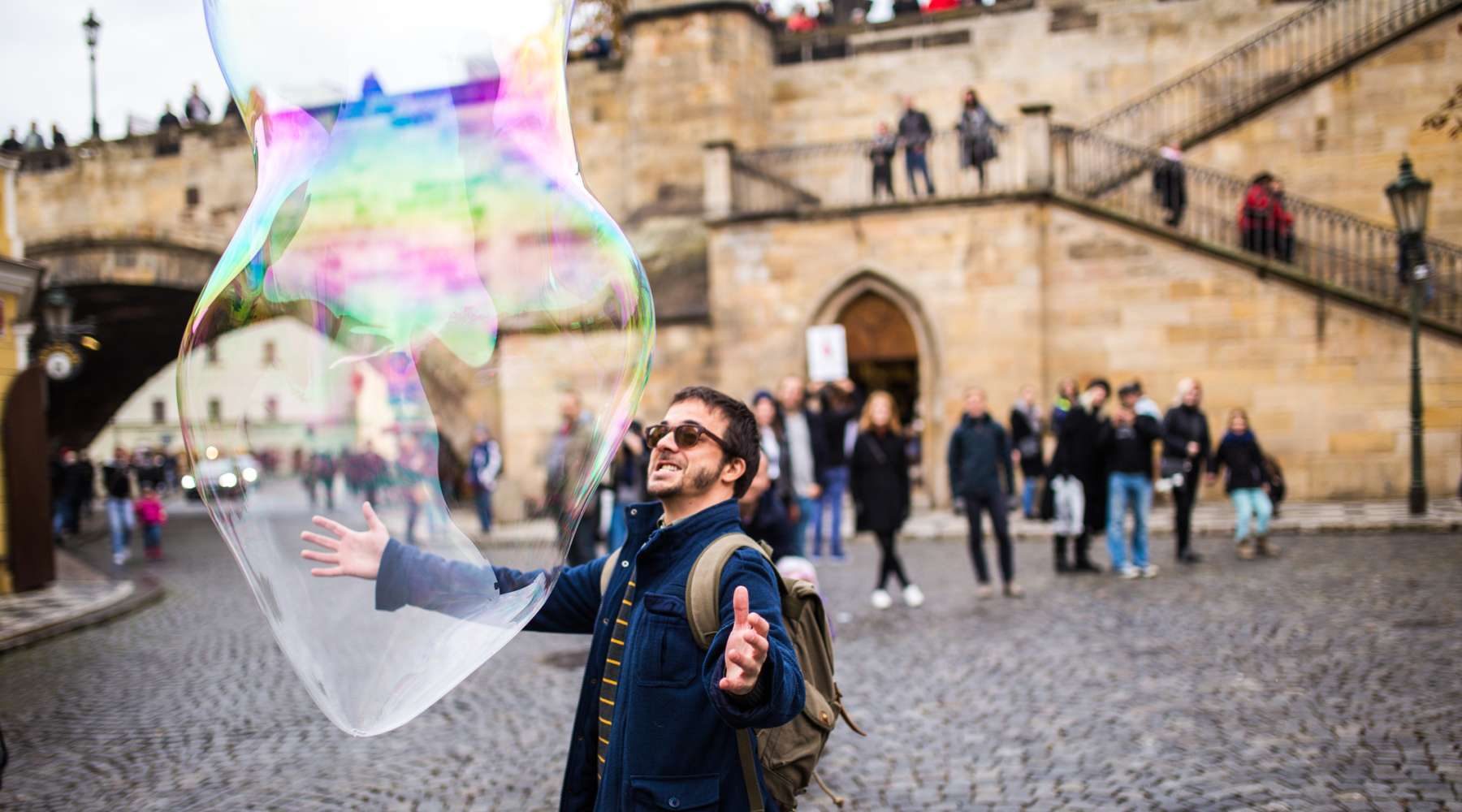 The cryptocurrency rebound is more than just speculative trading, as Jason Potts and Ellie Rennie from RMIT University explain.

Three years after the bubble that inflated its value from US$5,000 to US$20,000 in less than three months burst in spectacular fashion, plunging more than 80%, the cryptocurrency is again on the verge of a record high.

In recent weeks it has been trading above US$19,000, up from US$10,000 in October and US$5,900 in March. The price of Ethereum, the second-largest cryptocurrency by market value, has also surged over the past few months, up from less than US$250 in July to about US$600.

Cryptocurrency markets are notoriously volatile, so perhaps by the time you read this the value might have gone up. Or down again.

So what is going on? Is this another speculative bubble, fuelled by the "greater fool theory"?

Not necessarily. Unlike the 2017 bubble – when there was a lot of noise and excitement based on not very much actual mainstream adoption – there's more substance to cryptocurrency price rises this time.

Indicative of the change is the stance of JPMorgan Chase, the largest bank in the US. In October analysts at the bank's global asset management arm tipped a "doubling or tripling" in Bitcoin's price.

Clearly something has changed, because back in September 2017 the bank's chief executive, Jamie Dimon, called the cryptocurrency a "fraud" and "worse than tulip bulbs", and said he would fire any employee trading it for being "stupid".

Three basic trends can be discerned behind this change of heart.

First, there is the economic impact of COVID-19 and governments pumping massive amounts of money into economies. With investments such as property, savings and bonds less attractive, investors have been looking to assets with better prospects.

Money has been flooding towards traditional "safe-haven" assets such as gold as well as stocks aligned with the digital economy. Among the most favoured stocks: Apple, Microsoft, Amazon, Etsy, PayPal and Zoom. Bitcoin offers aspects of both.

The dramatic increase in online shopping and cashless payments due to COVID-19 has also accelerated interest in digital money.

Central banks – including the US Federal Reserve, European Central Bank, Bank of Japan, Swiss National Bank and the Bank of England – are pushing ahead to develop their own digital currencies (known as "central bank digital currencies" or CBDCs). Leading the pack is the People's Bank of China, which is piloting a digital renminbi.

Cryptocurrencies are also becoming more usable through so-called "stablecoins" with values pegged to central bank currencies (the US dollar and the like) as well as improved wallets making it easier to swap tokens.

There are indications these trends will converge. China's Digital Currency Electronic Payments system will have some level of support for Ethereum applications. Paypal already allows US users to buy Bitcoin through their Paypal accounts, and will enable Paypal payments with Bitcoin next year.

2. The technology is maturing

Second, the technology that supports cryptocurrencies is maturing.

One of the biggest problems for cryptocurrencies becoming mainstream is the sheer amount of energy-intensive computing processes required to make transactions secure (which is important as you don't want the same token spent twice). The carbon emissions from Bitcoin mining have been estimated as more than that of a country such as Sri Lanka.

Ethereum has embarked on a major technical upgrade (called Eth2) transitioning the blockchain to a "proof-of-stake" mechanism that does away with energy-intensive computing processes. This should allay concerns of those holding back on environmental grounds and allow it to scale up.

Whole new layers are also being developed that will allow blockchain technologies to be used in financial markets. The latest is decentralised finance (known as defi), using blockchain to build completely digital and automated financial markets. These include decentralised exchanges and derivatives trading without traditional intermediaries such as stock markets or banks. This is only possible using blockchain infrastructure – and cryptocurrency.

Third – as illustrated by the changed stance at JPMorgan Chase – institutional investors are now embracing cryptocurrency.

US cryptocurrency asset manager Grayscale Investments last month surpassed $US10 billion in cyrptocurrency assets for institutional investors. This week global financial services company Guggenheim Partners (managing more than US$275 billion in assets) announced it could invest up to $US530 million in Bitcoin through Grayscale.

As Rick Rieder, chief executive of BlackRock, the world's largest investment funds manager (more than US$7.4 trillion in assets under management) declared, "cryptocurrency is here to stay".

Should you buy Bitcoin?

So what does this mean for you as a potential retail investor? Does buying cryptocurrency offer you a chance to make a fortune, like the guy said to have turned a US$3,000 investment in Bitcoin into US$25 million?

Not really. It's still a gamble.

The opportunity was earlier in the year when prices were much lower, and when the markets were filled with uncertainty and confusion. Now you just risk buying high and selling low.

All cryptocurrencies remain volatile and speculative assets. Many people have been burned badly in the past by coming in at the top.

Maybe this time is different, and the Bitcoin bubble won't burst. But if so it will be because cryptocurrency is becoming staid economic infrastructure, not the latest get-rich meme.

There are no guarantees. Bet only what you can afford to lose.